An official statement from the Ministry of Domestic Trade explains that “debit cards or another electronic channel” will be the “only payment instruments” to purchase products in stores selling construction materials. 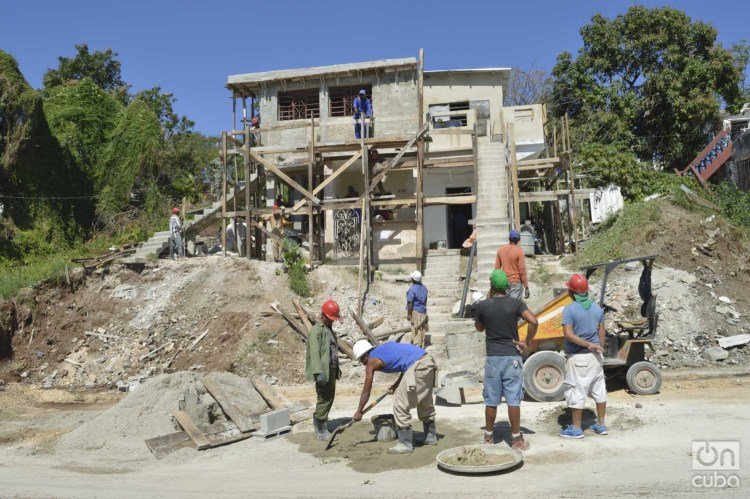 The Cuban Ministry of Domestic Trade (MINCIN) announced that the sale of construction materials will begin exclusively through electronic payments starting this month, the Agencia Cubana de Noticias (ACN) reported.

An official statement, published by the agency, explains that “debit cards or another electronic channel” will be the “only payment instruments” to purchase products in stores selling construction materials.

In an “exceptional” way, people affected by weather events and those subsidized and benefited by bank loans approved from 2012 to 2019 will be authorized by the Central Bank of Cuba to use other means of payment.

The note does not explain how those who don’t have debit cards are going to pay, although it affirms that at the moment the measure will begin only in the municipal capitals of the provinces of Mayabeque, Cienfuegos, Santiago de Cuba, Guantánamo and the special municipality of Isla de la Juventud.

As of May, the norm will be applied in the capitals of the rest of the provinces, and in Havana it will begin in April, the statement, cited by the ACN, adds.

The measure is endorsed by MINCIN Resolution No. 25 of 2020, which regulates this process, and is aimed at achieving greater transparency in sales and cash management, using Electronic Commerce platforms.

Insufficient housing is one of the biggest problems Cuba is facing. Two years ago it registered a housing fund of 3,811,002 homes, and a deficit of close to one million.

In 2019, 43,700 houses were completed in Cuba, as part of a program that plans to resolve the housing issue in 10 years. That figure represents a “over-compliance” for last year of 10,801 homes, as the construction or rehabilitation plan included only 32,899, according to statements by an official cited by the official daily Granma.

However, the pace of construction to solve this problem is still slow, especially due to the lack of construction materials and the inefficiency recognized by the authorities themselves, and, in the case of constructions “by individuals’ own effort,” due to poor management of places where materials are marketed, which are grounds for frequent complaints and allegations of corruption.