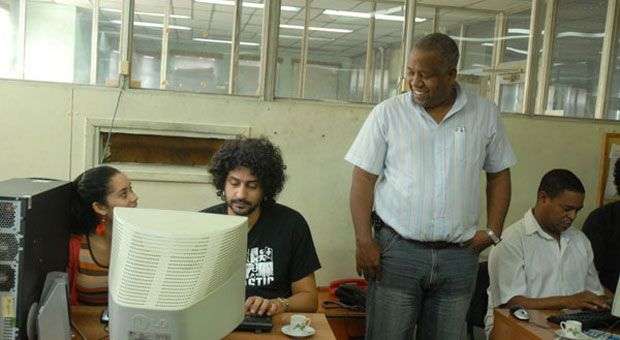 The Communist Party of Cuba replaced Granma newspaper director. Starting today or at least after the publication of the official notice, Pelayo Terry Cuervo, now former director of Juventud Rebelde newspaper, will replace Lázaro Barredo. The replacement was already made public through social media after journalists from the newspaper of general circulation in Cuba commented the news with their colleagues in other media.

Not yet disclosed what will be the fate of Barredo, who as a panelist of the TV primetime show Roundtable, was one of the most visible Cuban journalists during the years of so-called Battle of Ideas, at the beginning of the last decade. Under his leadership, Granma adopted some changes, but they probably were not sufficient for his immediate superiors. Granma reporters were told that the change of director was made to “renew.”

According to his official biography as a parliamentarian, Lázaro Barredo entered in 1959 “to the Youth Patrol and as a teenager he joined the National Revolutionary Militia. After being demobilized from the Army Forces, he began working in 1969 in the Juventud Rebelde newspaper as a correspondent in Matanzas, and then in the former province of Oriente. He is a former deputy director of Juventud Rebelde and columnist in Trabajadores newspaper. In 1986 he was Vice President of the Union of Journalists of Cuba. He was a delegate of the People’s Power and a deputy to the National Assembly. “

The newspaper Granma is the official organ of the Central Committee of the Communist Party of Cuba. Its articles, news and opinion work are a reference and guidance from which the rest of the country’s media work.

Pelayo Terry Cuervo, new director of Granma, comes from another newspaper. In 2009 he was appointed to head Juventud Rebelde. During the nine years prior to his promotion, he had served as the newspaper’s editorial assistant. The journalist Marina Menendez of the International Bureau in the same newspaper will now run it.

This is the first major change occurred in the Cuban press after the Ninth Congress of the Union of Writers and Journalists of Cuba, where the workers and managers of the press criticized the quality of the media.

From Havana’s seawall to New York

Pestano, the Pirates and the FCB: Story of an unfinished work