The Albear Aqueduct: 120 years of a masterpiece 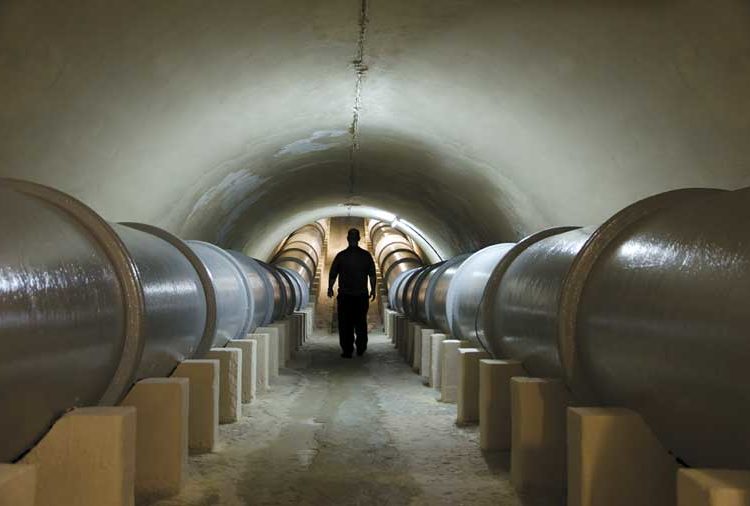 Ever since the Spanish first began to colonize Cuba, the problem of a water supply was one of the most pressing faced by the first settlers.

In fact, Havana’s location changed more than once, and that movement was motivated by reasons that included efforts to solve this problem. With the city finally in its current place, its inhabitants were initially supplied by nearby wells, in subsoil that was rich in underground aquifers that were close to the surface. Other sources were the River Luyanó, which empties into the bay, and the River La Chorrera (now known as the Almendares), which empties 10 kilometers to the west. The Luyanó was inconvenient during the dry season, when its flow diminished and water quality was poor, and the La Chorrera was far away. Its water was drawn from a well located two kilometers upriver, and then it had to be transported in barrels aboard small boats that sailed along the coastline or in vessels carried by mule train along difficult paths.

Since 1592, Havana has been supplied with water via the Zanja Real, an open channel some 10 kilometers long, and subsequently, by the Aqueduct of Fernando VII, which was completed in 1835. However, by the mid-19th century, this system was unable to satisfy the growing demands of a city that had close to 100,000 inhabitants.

That was the reason that the Corps of Engineers Col. Francisco de Albear y Fernández de Lara was charged with drawing up a project to channel water to Havana from the Vento springs, located southwest of the city. In 1855, Albear presented a memoir about his project, explaining the outcome of his studies, which covered its precedents, possibilities for using previously existing aqueducts, an estimate for supplying water to the city, an assessment of the difficulties for water catchment, and a proposal for the course of the canal to a large reservoir. This project was approved in 1858 and the work began in 1861.

Taking into account the complexity of the work and difficulties posed for its execution during the tumultuous period of the Ten Years’ War (1868-1878), Albear drew up two more projects to complement the first, which he presented in 1876: Project for a Reservoir to Receive and Distribute the Waters of the Vento Canal, and a Project for the Distribution of Vento in Havana.

The project for channeling the waters of the Vento springs to Havana was awarded a medal at the 1876 World’s Fair in Philadelphia. At the 1878 World’s Fair in Paris, Albear won a gold medal accompanied by the following honorary mention: “As a prize for his work, worthy of study even in its slightest details, and which may be considered a masterpiece.”

The inauguration of the Albear Aqueduct, which was named in honor of its creator, who died on Oct. 22, 1887, took place on Jan. 23, 1893. The supply of water to the city of Havana could then be advantageously compared to that of major cities like London, Paris, New York, Berlin and Vienna. Experts have said that its many merits include the fact that it is a very modern aqueduct, placing it at the level of the most advanced of its time, with a comprehensive and coherent engineering approach that harmoniously combined the rigor of the project with economic, environmental, ethical, esthetic, sanitary and legal aspects. To give just one example, the cost per cubic meter of water supplied by the Albear Aqueduct was much lower than in the abovementioned cities. Moreover, it consumes no energy, because the water is moved by gravity, without the need for pumps, and the entire project was carried out without harm to the environment, taking care not to affect the beauty of its surroundings and ensuring that the water supplied was of excellent quality.

With respect to that, the Albear Aqueduct is viewed as one of the Seven Wonders of Cuban Civil Engineering. Still today, it supplies Havana with almost one-fifth of the city’s water.

The significance of this project for Albear can be seen in the verses of an (unpublished) sonnet that this writer copied from Albear’s original manuscript, thanks to the kindness of his great-granddaughter, Doña Veneranda, who keeps it framed in her residence in Madrid, located in the attic of the Real Academia de la Historia (Royal Academy of History):

If fortune were to decide one day

To give me all of its wonders

And say: it is strength you surrender

For that canal which is your agony

Not for one moment would I hesitate

To scorn her grace and millions

To preserve all of my dreams

And end well this work of mine.

I know the struggle, the endless distress

It costs us to find the smallest glory

I know how fleeting and vain it is

Despite that, it is my quest, my sole desire

To leave my children this memory

Of my humble walk through life

“That mystery that accompanies us”