It is as absurd to exclude independent architects from the Cuban architectural and urban project as it would be to do without state enterprises. 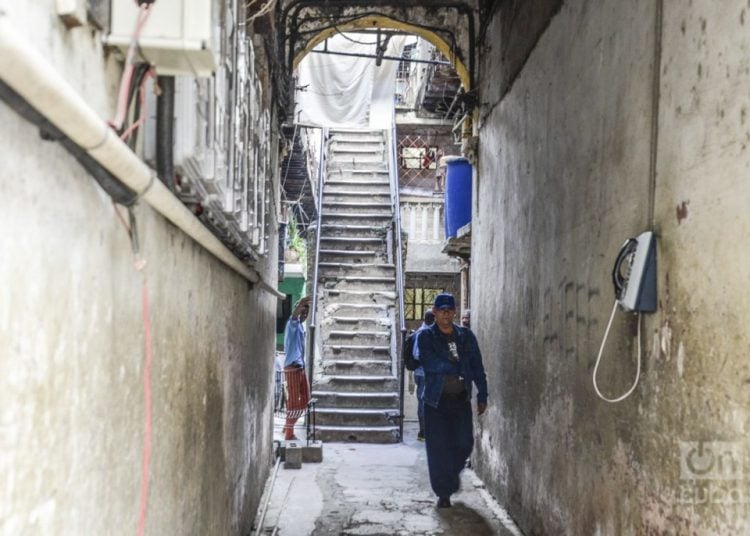 The publication in recent days of a list of “activities where self-employment is not allowed” has generated a feverish exchange of opinions on social networks that, unfortunately, has had almost no echo in the state press.1

It is a long-awaited step within the framework of the already agreed transformations and that materializes the decision to replace the insufficient list of allowed self-employment activities with another, in principle laxer, that specifies those that are not allowed and opens the rest.

It seems appropriate to specify and highlight two interesting details: on the one hand, it is a document that presents the activities that cannot be carried out as a self-employed worker, but that—at least, for now—does not explicitly limit their exercise under other forms of management such as cooperatives or SMEs.

On the other hand, it is accompanied by a prudent clarification: that “this list could be modified based on the process of conciliation of legal norms, currently in the process of being drawn up.” It is becoming a common practice to disseminate the policies approved before promulgating the legal norms, in order to influence public opinion and allow a certain degree of participation in their elaboration. It seems essential to seize this opportunity.

In the aforementioned list there are prohibitions that, as they are not accompanied by a timely foundation, are difficult to understand and accept. Some are so strange and unnecessary that they show the urgent need for a more accurate review. Others are more controversial, such as those related to professional, scientific and technical activities (section M) and, more specifically, to architecture and engineering activities (prohibition number 81), which is in sharp contrast to the broad permissiveness of the section generically referring to constructive activity, where, a priori, absolutely nothing is prohibited.

United States-Cuba: to peel an onion (II and end)

Architects and engineers, particularly the younger generation, are rightly concerned about the illegality of practicing architecture independently. It is an activity that has been carried out in practice, tolerated and “concealed” under licenses for related occupations such as decorators, and which has responded in recent years to multiple projects of private works, homes, restaurants, bars, accommodation businesses or others, demanded by the growing non-state economic activity, and that mostly stand out in the urban fabric for the quality of their design and making.

I am not the best suited to substantiate the need to find a solution that legalizes this activity since I am not young, nor am I an architect. But I am a citizen (and urban planner) and I am interested in reasoning the relevance of that authorization, not based on the union—which is very respectable—but based on the city. In my opinion, it is the city that is calling for architecture. The reasons are many, but I will focus on those that seem essential to me.

First of all, it must be taken into account that the greatest urban challenge we face today is that of the rehabilitation of the consolidated city. We are not at a time of large migratory movements to the cities, nor of improvised peripheral urban growths like those of the last century (be they spontaneous neighborhoods or the so-called “block soups”), with their enormous use of land and their costly demands for new infrastructure.

The population of Cuban cities with more than 50,000 inhabitants has been practically stagnant for some 25 years at about five million inhabitants. However, the architectural and urban heritage continues to deteriorate and collapses, urban voids and abandoned buildings continue to accumulate.

Now it will be necessary to “make a city on top of the city.” This opens up an enormous opportunity for the insertion of new works in the existing urban fabric, which will take advantage of the existing urbanization but will require a broad and careful effort of an architectural and urban project designed for each specific place. Here the traditional instruments (bulldozer, earthmoving, cranes, large panels, typical projects….) of the state enterprises are turned into elephants in a shop selling glassware.

Careful, professional work that takes into account the built environment is essential to insert the new into the old in a harmonious way. It cannot be forgotten that the Housing Program approved in 2018 expects to build 228,000 new homes in ten years by the state and almost 300,000 by people’s means. It is natural that young (and not so young) architects and engineers see in it a world of possibilities and responsibilities.

Secondly, the city not only requires new construction but also an immense work of rehabilitation, reconstruction, conservation and adaptation of what exists to the new demands generated every day. It has been confirmed that between 60 and 80 percent of the built dwellings suffer modifications or reforms throughout their useful life, such as extensions, divisions, redefinition of premises, etc.; almost always with little or no technical advice to facilitate the appropriate solutions.

The problems are varied: deficiencies in lighting, ventilation and sunlight, exacerbation of functional problems, elimination of open areas due to lack of living space, technical deficiencies such as leaks, structural problems, conflicts with neighboring houses, solutions not in accordance with the urban environment, violation of urban regulations or construction ordinances.

Doesn’t all this require specific and personalized attention, as well as solid technical knowledge for it to be solved? The aforementioned government program also provides for the rehabilitation of 186,000 homes by the state and 216,000 by people’s private means. It’s not little.…

In addition, it must be remembered that the city is not only housing. If the until now limited authorization of self-employed activities and the few cooperatives have generated a considerable demand for projects from existing architecture studios, we can ask ourselves what will happen from now on, when private ventures increase, in the form of SMEs or cooperatives. These are undertakings that require specific projects that are not only functional but also convey an attractive image that underlines their identity.

Moreover, the local governments themselves are assuming degrees of autonomy that, through their development strategies, will generate local development projects. It is obvious that current institutional solutions cannot meet these demands, not even close.

Third, we can see the growing diversification of what sociologists call “social actors,” that is, enterprises of different sizes and functions, families of different dimensions and composition, differentiation of economic capacity, of tastes, in a word, diversification of demand in the face of an extremely homogeneous supply. How to face with typical projects the enormous diversity of constructive actions that the urban context of a consolidated city demands? Rehabilitation of apartment buildings, repair of individual houses, conversion of current homes (with divisions and extensions, both horizontal and vertical), insertion of new housing in isolated lots, interventions in adjoining housing areas, adaptation of premises for various uses such as offices, shops, warehouses to homes or vice versa.

It is a complex scenario that will require a profuse architectural and urban project activity that meets and harmonizes public and private interests, taking into account the economic capacities and demands of families, urban regulations and the surrounding environment, both natural and built and that protects the city as an essential cultural heritage of the nation. Who can ensure the functionality, aesthetics, economy, security and legality of the actions? Have not our architects and engineers prepared for this purpose in five long years? Why are we graduating every year more than 200 architects and urban planners?

The object of this article cannot be to propose solutions that should be studied, analyzed and debated by institutions and professionals in the field. The challenges are not few and require the effort of all. It is just as absurd to exclude independent architects as it would be to do without state enterprises. Who is going to repair a building with structural problems if it is not the State? Who should finance social housing programs if not the socialist state?

But, at the same time, what is the damage architecture groups, offices or small studios can do, or under the cooperative modality or the form of management that is considered convenient? Vulnerable families will have to be protected with adequate project prices, but it will also be necessary to allow—and promote—tenders and project tenders, liquidating the monopolistic areas that exist today.

Everything that is necessary will have to be done, but there are two things that we cannot afford at this point. One, the unexplained prohibitions, without a foundation that allows the population to understand them, appropriate them, defend them as their own. Another is to frustrate the illusions, life projects and fulfillment of our young generations of professionals, at the cost of seeing them move away on the horizon, in search of better opportunities.