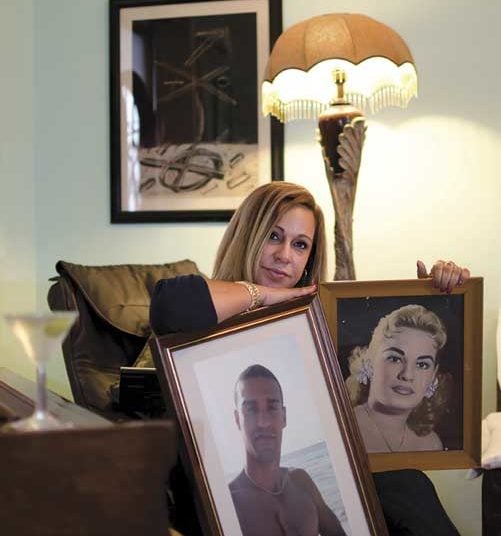 For the last 18 years I have been the owner of the restaurant Bon Apetite. I am a musician. I studied piano at the National Art Instructors’ School. While I was studying piano at the National School of the Arts, I had the opportunity to participate in a cultural exchange in Brazil. It was the 1990s, and a new law in Cuba had been passed that allowed private businesses to open. It was something that very much interested me, and when I came home from my tour, I and my family decided to open a small restaurant. Everything I had earned on my tour went into that investment. At that time, it was a small “paladar,” not the restaurant it is today.

Making the leap from music to gastronomy was an economic decision. Music is my life, my way of being, my essence, but I wasn’t always going to have a tour or juicy contract. I had to help my mother and raise my children. So, I saw the possibility of creating a family economy based on everyone cooperating and helping each other. I am very grateful to my mother. She was Spanish, and was a very good cook. She showed me how to take my first steps in this world of gastronomy, because my life was the piano.

Seven or eight years ago I went to Spain. My mother died and some of her relatives were still living there. It was a trip I had wanted to make; it was a dream. The possibility presented itself, and I took the road that my mother had never returned to, and that I felt I owed to her. It was a very beautiful time in my life. I met distant relatives, made new friends and worked in that country. I tried to grow, personally, but I had my children and my business in Cuba. This is where my roots are, even though I feel very close to Spain, just like I feel very close to my mother, even though she is not with me anymore.

In Spain I had a bar, which was not successful in the end because they have a very different way of doing things over there, and it was a little bit of a shock for me.  I became a businesswoman there.

I decided to return to Cuba for good when my oldest son died. While he was on vacation in Pinar del Río, returning from Minas de Matahambre, he died in a traffic accident.

In the last 18 years, since we decided to open the restaurant, I have lost the members of my family one by one. First I lost my mother, who was fundamental in my life; then, I lost my father, and then my son, who for me was like a pillar of our home. When he was gone, I returned for good to my home, my land, my other son, and my business. I sold everything in Spain and came back for good. I am one of the last of my lineage. Everything that I do, I do thinking about those who are no longer here, and who were the greatest thing in my life. I still have my son and my friends, whom I appreciate very much, who support me, and whom I consider to be a part of my family.

Today music is my refuge. The piano has always been something that holds me up when I am upset; it inspires me to compose, and it is my main driving force. When I am happy, I am at the piano, and when I cry, too.

I do not consider myself one of the “new rich”; I am a tireless worker. In the restaurant business in Cuba, you only make enough to get by on. Maybe you can paint the house once a year or something like that, but it only makes you enough to get by on; there is no way you will get rich. You have to work a lot. Whatever you get out of this business you pay for in health and life; you have to devote yourself completely to your work. Generally speaking, these businesses are in private homes, so you are involved in your businesses all the time. There is no rest.