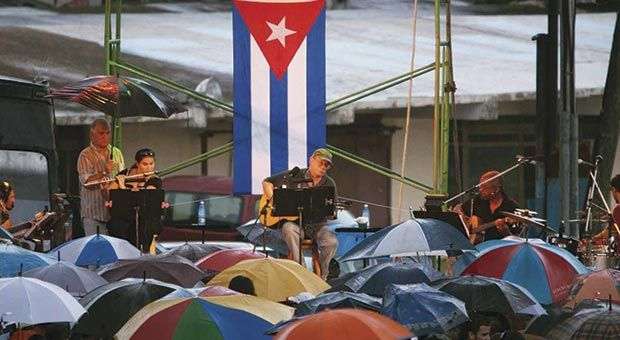 Silvio Rodríguez, the Cuban musician who composed the soundtrack of an era in Latin America, is considered one of the innovators of contemporary culture. In the political environment of the 1960s, when he was a young novice in the trova music movement, he was known for being critical. Today he is a mature man who no longer enjoys providing headlines. Over these past decades, his trova songs have shared space with a more controversial genre: political intervention. For quite some time now, Rodríguez has been aware of the place he holds and where he wants to be. He calmly walks onstage, unleashes a torrent of incredible songs, listens to people request songs that he no longer remembers, and leaves, giving the impression that the applause is overwhelming.

Perhaps it is because Silvio Rodríguez is a shy man who once thought that he could live alone with his guitar. However, at this point he does not seem to have any predilection for a bucolic life; he still lets loose with the occasional outburst, and we don’t know whether or not he will be inspired to recount some of his unauthorized stories. For now, he tells us that above all, what matters to him is the possibility of being sincere when talking about politics in Cuba.

After the television program Mientras tanto ended, and when a certain “negative myth” was being formed around you, Alfredo Guevara called the ICAIC. That was the beginning of the Experimental Sound Group experience. I imagine that the project required shared values, but not unanimity of political opinion to be a part of that experience. If that is true, then it demonstrates an important political search: the censors were told what could and should coexist among differences. The outcome of that project has become fundamental to contemporary Cuban culture. How much has Cuba changed since then? In thinking about today, what do you thing are the best ways for us to coexist?

Before Alfredo called me to the ICAIC, I should say that Haydee opened the doors of Casa de las Américas to us. Around that time I was becoming aware of what was going on in the “streets,” because I spent my 17 to 20 years in military units. My political ideas were revolutionary, radical, Guevarist, Third Worldist. But the reality of civilian life put my feet on the ground somewhat brusquely, although also with its own fascination. One day you’re a recruit of the SMO* and the next you’re singing in front of the cameras. A few months later, they could kick you out for saying something that might have seemed correct to you, but somebody else felt it was improper. All around, congresses and cultural events were constantly happening, May salons, the latest in European film, literary contests with great writers who came. At the same time, a “Revolutionary Offensive” was being launched…. The Experimental Sound Group was a product of those times that we sometimes called “barbarism.” In reality they were contradictory, because an enormous social compulsion and exquisite expressions were coexisting. It was the era of the flowering of Cuban cinema, posters, the Caimán Barbudo was born, Lezama wrote Paradiso…. I think that for those times as well as today, the only way for us to coexist is to respect each other. Respect is a principle that, of course, not all the world understands in the same way: generally the strongest try to impose their points of view, and even more so when there are interests (see the world). I have always hoped that we will advance toward understanding outside and within, in every corner of life.

I don’t know if you like watching sports on Cuban television, although I do know you’ve said that you’re a terrible baseball player. Now, permit me use this subject as a metaphor. Yasiel Puig, Yoennis Céspedes, Alexei Ramírez and Kendry Morales are—and now surely José Dariel Abreu will be—great figures in the U.S. Major Leagues of baseball. Would you like to see them play while sitting in your living room? More than that, would you like to seem them play wearing Cuban uniforms in the next baseball World Classic? But I was saying that it is a metaphor, because the issue is broader: what do you think would be the most useful thing to do in the future with that type of distinction, like “those on the inside and on the outside,” “sports heroes and deserters,” “revolutionaries and traitors?”

I’m not much of a “sports person,” unfortunately, but I have friends who are and I’ve listened to them. More than being in agreement, it think it was inevitable that Cuba would ease things in this sense. I don’t know whether the recent measures, which are a step forward, will bring more in the future. I should say that I hope that the opening is really that and not an assimilation, or even sadder, something like buying our national spirit. I agree that our athletes should play everywhere and that they should earn what they deserve to earn, but also that our banner in sports should become stronger. 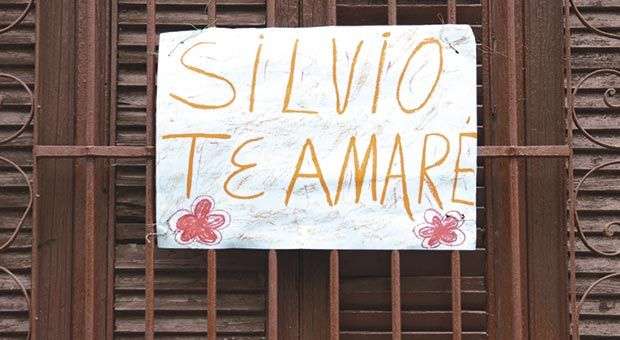 Today in Cuba there are different discussions, and experiments underway in the economic area, that seek to combine—and not without problems—state property, cooperative property, and private property. I would suggest that you think about this problem, but in the area of politics. I remember something that you said: “And who the hell could have told that guy that the Revolution is anybody’s private property?” So, what for you is the most appropriate type of “property” for participating in the political aspect?

I said that in a special circumstance, in response to an injustice. They had just thrown me out of the country. And I said it because the Revolution that I embraced was inclusive and called for honor. For me it was clear that feeling that my country belonged to me was not to offend it but to try to honor it. What did it mean to honor then and what does it mean now? Basically the same: to be sincere. That is, to be able to be so, not just from a position of authority. To participate in the political aspect, there is probably no better condition than to have the confidence to be sincere, to be able to do that conscientiously, even if you’re wrong.

You have had great difficulty in finishing certain songs, such as “Rabo de nube.” Artistic creation is always a complex act, as is political creation. It has been announced that Cuba will have, in the not so distant future, a new Constitution, or at least, a reformed Constitution, in what will probably be an example of a complex act of political creation. Surely, composing an extraordinary song like “Rabo de nube” is easier than creating a Constitution for a country. Now, do you have any suggestions for composing the latter in the best way possible?

For years I had the idea for that song because I couldn’t concretize it, until it appeared one afternoon in Mexico City, perhaps when I least expected it. However, politics does not depend on flighty beings like muses, but on factors that are interwoven and that bring pressure here and there. Of course, there are also designs and perspectives, principles and ideologies. I am not a politician, and I surely make erroneous interpretations of those signs that show us what is happening in a fragmented way. Following the trail of what is certain, what is decisive, can sometimes be confusing. I think that we, even politicians, live in a certain state of waiting. That’s less so for them, of course. But when we refer to our specific reality, as I see it, we are still in a very fluid or experimental stage to draw up a new Constitution. I belong to that class of Cubans who think that Martí is infinite. So I think that when there is another Constitution, it should continue to go deeply into the views of our Apostle.

You are a restless person. You are also a cultural organizer. Ojalá is one of your main pursuits. Do you have other social projects in mind that you would like be involved with at this time in Cuba? Do you still want to end your days in San Antonio de los Baños?

I don’t’ think I’m that restless, but I have been alive for quite a few years, and that if nothing else, these accumulate. For example, my obsession with building studios reflects the fact that I lost songs because it was not easy to record in those times. Nowadays you can even record with a telephone…. Even so, I see talented people trapped by the laws of commerce; ignorance accuses culture of not selling. What I’m interested in is what is valuable, not what sells. I understand that all of society needs to be made sustainable. But I am in favor of what is sustained by the best of our cultural wealth. For the valuable to be sustainable, you have to pay attention to it and promote it.

One of my favorite projects began more than three years ago: concerts in the most affected neighborhoods, especially in the city of Havana. We do two shows every month, except in July and August, because of the heat. A little while ago we did concert number 45. We’ve called it “The Never-ending Tour,” because we want to continue. Antonio Guerrero loves this, and he made some pastels out of photos that I took of people in their neighborhoods. They are not political activities; we take all kinds of music, and are guided simply by our common sense (and when we discover a neighborhood that is needier). Those of us who work at Ojalá do everything, with logistical support from the Ministry of Culture’s tour company, and we have been joined by artists from a wide variety of disciplines.

I don’t know if I want to end my days in San Antonio, but for some years now I and a group of friends, all of them from there, have been working on creating a foundation for the conservation of the River Ariguanabo (which is destroyed) and its forests; and also, to have a cultural influence on the people. We have gone through all of the processes, sent out all the letters, and been received by all of the officials, and all of them, with lots of smiles, have told us that it is “perfect.” Unfortunately, it is virtual “perfection” because the foundation has not been approved. In fact, I donated the ALBA cultural award that I was given in 2010 to this project. But it’s all been useless. Nobody seems to have what it takes to tell us “the foundation is legal.”

Do you still do, once a year, something that can’t be done?

Sometimes I burn, but I always remember the wise man who said, “Be careful with mirrors, because death is presumptuous.”