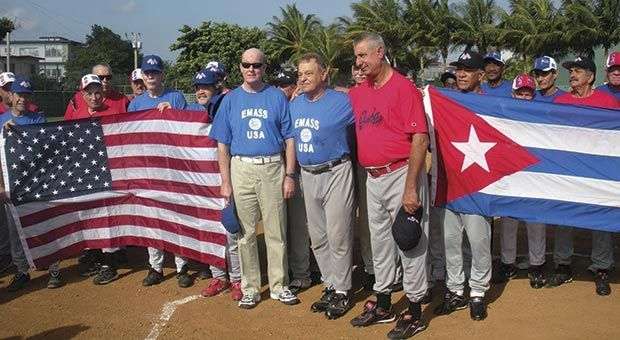 It all began when the Bambino’s Curse ended. The Red Sox had won their first World Series in 86 years, and Michael Eizenberg was wearing his Boston cap when he arrived in Cuba in 2006 with a crazy but felicitous idea.

While talking with a friend, the founder of the organization Educational Travel Alliance had an idea for another exchange between Cuba and the United States, appealing to their common passion for balls and strikes: a friendly softball tournament for veteran players.

While nothing like that had ever been done, Cuba’s sports authorities gave the green light to organize the event in Havana. In August 2009, the U.S. government granted a license for 60 of the 350 members of the Eastern Massachusetts Senior Softball Association (EMASS) to come for these games.

The first game was played in November of that year. The legendary Cuban boxer Teófilo Stevenson threw the first pitch, and the game was a success: hard-fought competition and lots of adrenaline among players, some over 70 years of age.

In an interview with OnCuba, Eizenberg remembers those first games with emotion, and views the future optimistically, because the present is inspiring. In fact, for two consecutive years, veteran Cuban players have gone to play in Boston, no longer as sports rivals but as old friends, literally.

“A great friendship has been born between Cuban and American players, even though very few of them speak each other’s language,” said Eizenberg, who is also an EMASS catcher, third baseman, and centerfielder.

Another detail: the U.S. softball players put up the Cuban players in their homes when they play in Boston. According to Gary Siegel, who hosts the visitors, “on the field we’re as competitive as hell and we want to win, but after the game everything is fun. The relationships that we’ve developed are wonderful,” he said.

During the most recent game, held in Massachusetts, the Cubans recovered from two losses and won the remaining four games in a row, with the help of great athletes like Tony González, Reinaldo “Mantecao” Linares and “rookie” Pedro Chávez.

The duel will continue in Cuba. The president and editor-in-chief of OnCuba, Hugo Cancio, will throw the first pitch in Havana, continuing an initiative that Eizenberg and his friends champion, not just to foster friendship between our people, but also between the leaders of Cuba and the United States. Play Ball! 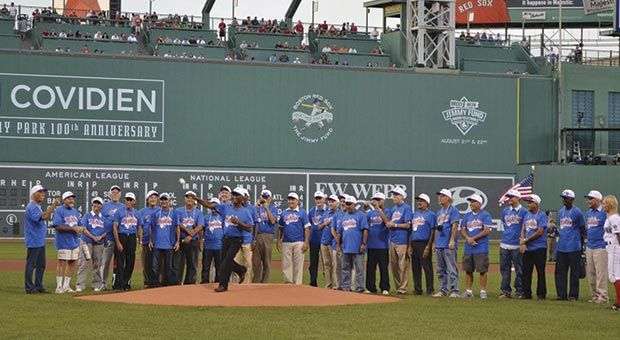