The version can be commented on by the population; it has 483 articles, transitory and final provisions and a glossary of specialized terms for better understanding by readers. 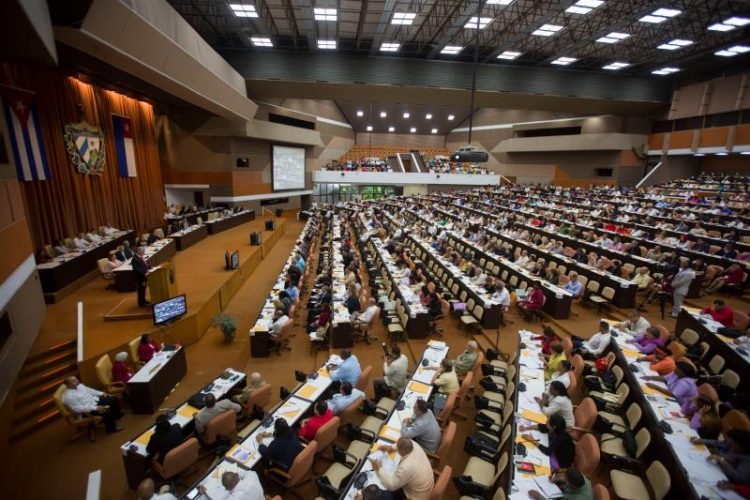 The Cuban Ministry of Justice (MINJUS) published this Wednesday the draft of the Families Code so that the population can study the document and issue their opinions on the text before its presentation in December, to the National Assembly of the People’s Power.

“The possibility of studying this preliminary draft is essential for collective dialogue with a view to the approval of a contemporary law, inclusive and respectful of all rights for all families,” says the introductory note published on the MINJUS website, from which you can download version 22 of the Code, the most up-to-date so far.

People will be able to issue their criteria by email — through the [email protected] email — or social networks, while in parallel a consultation with experts will take place. The opinions collected through these channels will be processed and taken into account to prepare the version that will be presented to the deputies for their analysis, Minister of Justice Oscar Manuel Silvera explained this Wednesday afternoon at a press conference.

However, the head of the Ministry of Justice stressed that this process, which must conclude before the debate of the draft by the National Assembly, does not replace the planned popular consultation once the legislative body gives its approval to the document. Its date and form of implementation will be decided later by the authorities in correspondence with the health situation of the country.

In response to a question from OnCuba, Silvera confirmed that unless circumstances force a change, next year a referendum must be held to determine whether the new Code — which should replace the current one, in force since 1975 — is finally approved. The final version of the text, resulting from the popular consultation, must be endorsed by the Cuban parliament.

The preparation of the various versions of the Family Code is in charge of a commission approved in March of this year by the Council of State, made up of deputies and representatives of various organizations and entities related to the issue. The version that is now published and can be commented on by the population has 483 articles, as well as transitory and final provisions and a glossary of specialized terms for better understanding by readers.

The minister of justice assured that it is consistent with what is established by the current Cuban Magna Carta and reflects the current reality of the island, with all its family variants. In addition, it takes into consideration the various situations and problems related to the family framework and its perspectives in the Caribbean country.

Regarding the controversy about same-sex marriage, which polarized part of the popular debates about the Constitution and continues to generate conflicting reactions from sectors with an opposite view on the issue — such as the LGTBI community and the evangelical churches —, Silvera commented that the Code and the debates and decisions on the text go beyond one or another family variant to encompass them all, based on an inclusive and non-discriminatory perspective.

In this sense, he said, the new legislation “will have legal variables for all the variants that exist in Cuban society today in the social and family sphere.” However, he recognized “the challenge” for the Cuban population to “make their own” the Code, understand it and study it so that they can assume it “in the diversity and integrality that it entails.”

Among the main aspects present in the Code, the legal authorities also highlighted that it “strengthens family responsibility from an emotional, educational, formative and economic point of view in caring for its members,” “enhances gender equality in the family space” and “expresses the right to a family life free of violence in any of its manifestations and presents protective formulas against these situations.”

Similarly, it “updates and perfects legal-family institutions,” including kinship, marriage, de facto union, filiation regardless of origin, parental relationships, and other institutions for care and protection, and “protects motherhood and fatherhood and the promotion of their responsible development in synergy with respect for the rights of girls, boys and adolescents in the family sphere.”

Furthermore, it “promotes self-determination, preferences and equal opportunities in family life for older adults and persons with disabilities,” “develops the possibilities of harmonious conflict resolution” and “strengthens the role of the Courts in the face of family litigations; the competences of the Prosecutor’s Office, the presence of these matters in the notarial sphere and the responsibility of the Ministry of Justice in the defense and protection of people in vulnerable situations in the family sphere.”