In the country’s current conditions, the revolutionary thing is to take advantage of every inch of arable land and every audacious idea that contributes to breaking the old mind sets. It is time to redefine the adjective “revolutionary.” 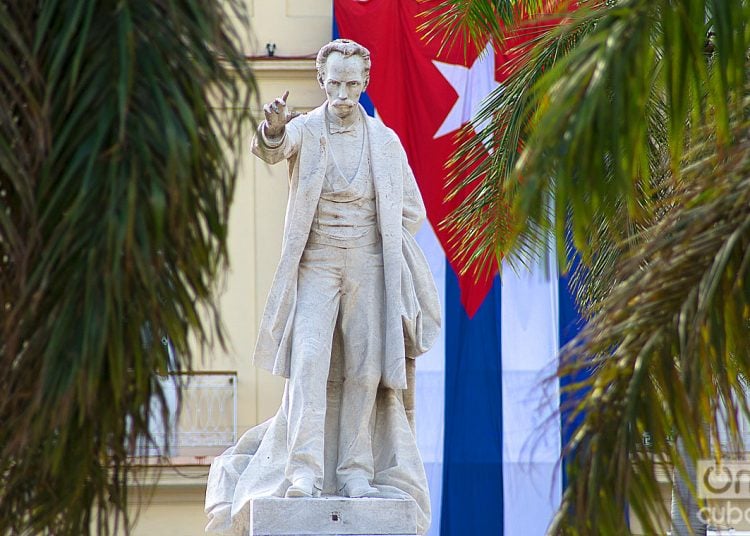 That’s it. 2021 has arrived. We want to believe that it will be a year less sinister than the previous one for mankind.

It finds our little country immersed in a sea of ​​difficulties. The “task of reorganization” took off, and steps are being taken to rearrange the economy: old structures creak, decentralizations are tried, and we are exhorted to mostly consume what our land can produce.

In that perennial struggle between the new and the old, the blades of ideology also cross.

There are entrenchments at both ends of the political rainbow, and those who advocate deep, unbiased and consistent dialogue are called centrists, if not worse.

There is no mistaking it. The pandemic will have dire consequences in the long term, the labyrinths of a largely inefficient economy do not unravel from one day to the next, the acceptance of the opposite, even when in essence it starts from a common position on the fundamental issues that concern the country, will not take place by magic. It will be necessary to keep pushing to move forward the train in which we travel as a nation; and, above all things, empathy, civility and adherence to the laws that we ourselves discussed and voted on must
rule.

There is no one who can teach Cubans about real socialism. Six decades of attempts, successes and errors in the application of that socioeconomic system offer a clearly discernible balance.

Sixty years is hardly a brushstroke in historical terms, but it is also the time limit for the appearance of four or five generations of human beings.

Here it comes to mind remembering some words of Pepe Mujica, when he stressed that we only have one term in life, and we must live it in the best possible way, without giving up the fight for a world of universal equity.

The only option that socialism has in order not to disappear as a progressive alternative is to democratize itself at its roots, which is equivalent to shedding vertical authoritarianisms, dogmatic establishments and any kind of Stalinism.

The Constitution itself, recently assumed, hastens to declare that ours is “a socialist state of workers, independent and sovereign, organized with all and for the good of all, as a unitary and democratic republic, for the enjoyment of political freedom, social justice, individual and collective well-being and human solidarity.” (Ch. 1, Art. 1).

From the foregoing it follows that we aspire to be a rule of law, but not in the way that they are proclaimed in other geographical areas, but assuming the Kantian ideal of a “republic in which those who obey the law are at the same time co-legislators, so that, by obeying the laws, they only obey themselves. This ‘inalienable’ republic is nothing more than that society in which obeying the law and being free would be one and the same thing.” 1

Ergo: together we make the laws and we give them to be taken care of by the State, which cannot but enforce them meticulously. If it does not, it denies its essence; if it does not, it is against the sovereign majority.

My wishes for 2021 are easily stated, but I am sure they will not be easy to fulfill. Decision-makers will need to be brave enough to recognize the mistakes they themselves make, to abandon at once the comfortable passive voice: “sugar factories were dismantled,” “undue gratuities were awarded,” etc. Who decided and dismantled? Did they pay for it? Were they replaced by other specialists or experienced cadres that can re-float the sectors of the economy that were injured?

In the same way that it is brave to face responsibilities, it is smart and daring to seek new paths, because, as Einstein said, it is impossible to expect unprecedented results using the usual procedures. And for that it’s necessary to be creative and flexible.

The other thing that would be desirable is for them to be austere in line with the limitations of the population, humble to accept that they do not know everything, that they need various glances―mainly those that are produced from our beaches inwards―, even if they seem antagonistic , to piece together the puzzle of reality. A reality that, if not known and rejected, as annoying, a priori, cannot be transformed.

In keeping with the assumption that we all want a more inclusive and better Cuba, we must dismantle mutual prejudices, and each one of us do what our best knowledge dictates. Citizens all have duties and rights. In the same way that we demand the fulfillment of obligations, we must, with force, demand that rights be fulfilled unrestrictedly and without moral relativism.

Marti’s claim for a republic “with all and for the good of all” adopted as its own by the Constitution endorsed in 2019, does not leave anyone out of its margins; “The enjoyment of political freedom, social justice, individual and collective well-being” are non-negotiable wishes.

The constitution does not apply alone. There is the letter, voted affirmatively by an estimable 86.85% of the 7,522,569 citizens who went to the polls. Keeping his spirit alive is also everyone’s job.

None of the foregoing ignores the historically critical state of relations with our neighbor to the North. But the unjust blockade cannot separate us an inch from our aspirations for inclusiveness and well-being.

In the same way that the State was attentive to the recommendations of scientists for the successful confrontation of the pandemic, it must also look favorably at the volume of creative left-wing thinking that is being generated in the Academia, in the networks and in some independent media. Failure to do so is to squander the intellectual capacity and specific knowledge of those social scientists trained in our educational system. And in the country’s current conditions, the revolutionary thing is to take advantage of every inch of arable land (beyond the slogan) and every audacious idea that contributes to breaking the old mind sets.

In El socialismo y el hombre en Cuba, Ernesto Guevara warned against the creation of “wage earners docile to official thought” and “scholarship holders who live sheltered by the budget, exercising freedom in quotation marks.” Well that, not one more word, not one less. It is time to redefine the adjective “revolutionary.”