ES / EN
Home Opinion Columns Blood on the board 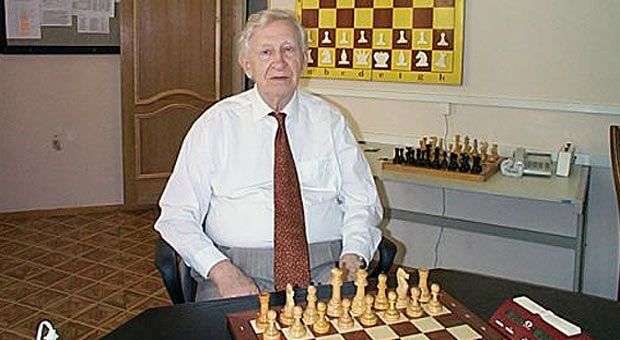 He loved music and chess. For the first he had a magnificent baritone voice, through which he offered concerts during tournaments accompanied on the piano by another Grandmaster: Mark Taimanov. But the Bolshoi Theatre did not select him, and then he decided to devote himself entirely to the second.

Vassily Smyslov, as modest away from the chess board as impressive in front of it, was a methodical player in the style of the immortal Viennese Ricardo Reti. He blindly believed in his chess model, derived from a careful study of the romantic, classical and contemporary players, and the full assimilation of such school made him a very complete chess player, punisher on positional game and the finals, but also in the ways of more tactical chess.

He was born in Moscow in 1921, and absorbed from childhood the legacy of his father, fervent chess lover who once had the privilege of beating Alexander Alekhine in St. Petersburg. More than a hundred books went a good day from the hands of the father to the child’s, and this led to the explosive technical and theoretical growth of who later was proclaimed seventh champion of the science game.

Smyslov’s talent emerged quickly. He was 21 when he won the strong championship of his hometown, and by 1943 he already possessed the highest distinction awarded by FIDE (French acronym of the World Chess Federation). As a reward for that fierce growth, only five years later he was elected to intervene in the tourney that would decide the successor of the late Alekhine. An event where he defeated Mikhail Botvinnik, but that served Vassily to definitely finish second and show his clear intentions and real power.

Other five years passed and Smyslov won the Candidates Tournament of Zurich which granted him the right to challenge the great Botvinnik . In the end, the match ended tied at twelve points, the monarch retained his crown, and there were those who thought that the determination of the Muscovite had suffered an irreparable blow.

It was a nonsensical thought. Smyslov again led all in the Candidates’56, and this time when disputing the world title he had a very rigorous preparation that earned him the triumph over the patriarch by 12.5 to 9.5. He was enshrined in the temple of Caissa . He owned the scepter, but it’s true that it was for a short time-Botvinnik took it off in the following year, but history was on his side, and forever.

His case was one of those inexhaustible talents that grays took too long to liquidate. In 1984, he stunned the world by qualifying for a new candidate’s tournament when he was 63, and promptly he hit two incredible strikes: he eliminated in quarterfinals buoyant German Robert Hübner (equality in the dual meet was decided by random roulette), and later demolished Hungarian Zoltan Ribli in semifinals.

It was a miracle. That old man was about to face Anatoli Karpov for the throne. However, it was impossible: en his route was awaiting a young ogre answering to the name of Garri Kasparov. Enough.

The truth is that Smyslov was predestined for the game of kings; he installed himself at the top of the veterans of the planet in 1991, and played with success until 2001, when he barely had vision. He always enjoyed an infinite love for the chess board.

He was an ace and was good both when attacking and defending. Not in vain, each and every one of the champions and candidates, from Dr. Max Euwe to the impenetrable Tolia Karpov, were defeated by Smyslov.

This game, an English opening played in 1968 against Vladimir Liberzon, is enough to give clues of who was and is in some piece of sky Mr. Vassily Smyslov.

They are playing a Vinken variation of the Sicilian Defense with the colors changed.

Patiently, Smyslov has developed the attack on the Q ueen’s wing and will get advantage of it.

From here the bishop presses by the a3-f8 diagonal and prevents a timely d5.

The idea is to set weak checkboxes and difficult the white king’s defend. But also Bg2 is not involved in the control over d5.

Smyslov prepares the horses to go to c6 and d4, which combined with the rook by the column will give him a substantial advantage.

Towards more aggressive position, but it will not get there.

Thus the black must capture because otherwise he gets nothing.

Smyslov does not doubt in sacrificing the Queen to exploit the open position of the black king.

A rook and a bishop for the queen, more attacking options, are enough compensation, although as we will see Liberzon did not use good continuations with the bishop on h6.

Smyslov must speed up actions; otherwise Liberzon could counterattack .

He was threatened R xg6 + grabbin g the queen.

Preparing a mate play with the bishop.

THE PHRASE: “In chess, as in life, the most dangerous opponent is oneself.” Vassily Smyslov

Some men and others