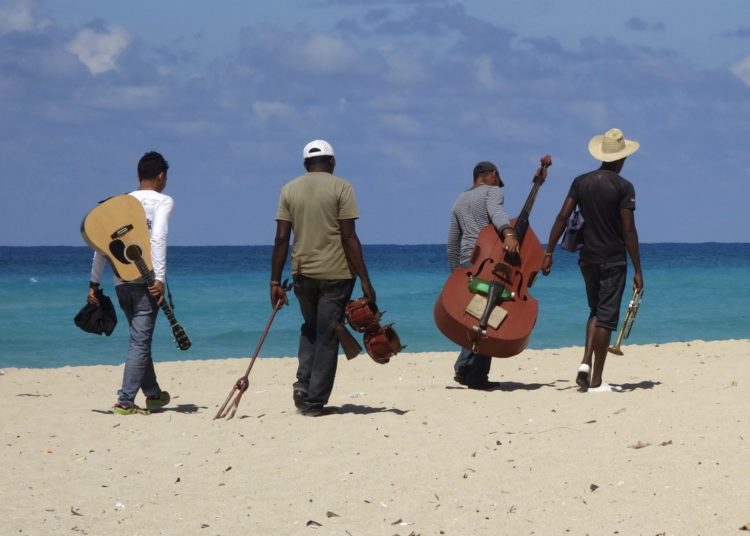 It is true that there is a great deal to learn about the economy, not just from China but also from Vietnam and other many countries, including some from our region. But it is also true that we still have a great deal to learn from our own experience. Tourism is perhaps one of those sectors of the national economy from where we can learn the most.

Rescued practically from zero since the mid-1980s, without conditions to compete with the major destinations of the region, having lost the “tourist culture,” far from the quality standards of the region and the world, blockaded by the U.S. administrations, with no infrastructure for the sector, without adequate airports (still without them), facing great ideological-political prejudices and with not very friendly migration regulations, tourism “was born with forceps” and grew in a very hostile environment. But today it allows us to reach some valid conclusions for other sectors.

1 – Natural resources are not a curse, they are a great strength

Climate, sun and good beaches, plus a certain territorial diversity, are some of the attributes given by nature. Well-used they can be a great strength for the present and future. Our country, already by the mid-1940s, had become an important tourist destination; in addition to the previous attributes, because of its special geographical position and vicinity to the United States, together with easy transportation connections by sea and air, and the relative modernity of Havana.

These advantages, almost all associated to the natural beauties, together with the ambition and corruption of the governments in turn, was what awoke the great interest of the U.S. mafia to “invest” in the country.

These same natural conditions are the ones that allowed us to initiate Cuba’s tourist takeoff. They are comparative advantages, it is true, but they are advantages that must be used wisely and moderately. And it was done. It was not by chance that the tourist takeoff began in Varadero and afterwards it started expanding to other territories.

The rapid takeoff of tourism in the final years of the 1980s and 1990s was also the result of the interest by Cuba’s high leadership, especially Fidel Castro’s, who personally paid attention to that sector and its relaunching.

Today it will be possible to greatly discuss the good and bad moves in the sector, but what is impossible to discuss is that already in the 1980s there was a strategic vision regarding it and its role in the country’s economy in the face of the disappearance of the USSR.

Tourism would replace or complement the sugar sector as the national economy’s “driving force.” In my opinion, that purpose was accomplished, especially in the 1990s and again now since some four or five years ago until now.

4- The coordination of policies (with outsiders) is essential

There are two extreme positions regarding the productive development policies: those that defend that nothing has to be done except let the market decide which is the winning sector, and those that assign that role to the State.

All those that defend some type of combination are located between both extremes. The sectorial development policies (productive, industrial, etc.) require an effective system of coordination of policies due to the multiplicity of actors participating in that effort. Coordinating policies is above all aligning regulations and incentives, it is strengthening the sector’s ability to attract and favoring through those policies that ability. Regulating is not controlling, it is opening spaces and creating an environment of transparency that decreases the uncertainty and strengthens confidence based on clear and explicit rules.

Perhaps one of the most important lessons we should learn from the modern tourism history in Cuba at its beginnings was that ability to recreate a sector, almost from nothing, based on a very disadvantageous competitive position, without foreseeable access to its closest and most important market.

The tourist sector we have today is the result of the action of a handful of women and men, barely a few dozens. If we compare it to other sectors where there is a notable amount of administrative staff and whose results have always been far from the country’s needs, then we could, without having to go to China, learn some things. It is true that today everything has changed, that we have gone from a few dozens to hundreds of staff members; it is true that perhaps it will be necessary to again learn from the past.

6- The availability of educated workforce is a strength

One of the major discussions of those times was that of the “fatal attraction” that tourism had on the highly qualified personnel from other sectors and the brain drain it caused. That’s what happened. But it would be necessary to say, in favor of tourism, that this was not the cause of the wage depression of the early 1990s or the factor that unchained the crisis.

It would also be necessary to say that the sector’s expansion and the incentives created in it allowed for the relocation of frequently redundant workforce in other sectors and avoided for some time its emigration abroad. And this highly educated workforce was a decisive element in tourism’s success in Cuba.

Compared to other sectors where those “expenditures in training” have not had as logical correlate improvements in quality and incomes, in tourism, in its beginnings, that effect did take place.

Part of that training came hand in hand with foreign companies. However, despite the relative success, we are still far from the yield border that must be achieved, to a great extent due to “the environment’s factors.”

Strange for Cuba, for our culture and our ways of doing economy, the sector was born in an environment of strong competition and with major disadvantages compared to its competitors in the region (Miami, Cancun, Santo Domingo, Puerto Rico, Riviera Maya, Costa Rica). Strong barriers created by the U.S. blockade seemed like insurmountable obstacles; but tourism grew.

But competition from inside also demonstrated its virtues. Chains like Gran Caribe, Horizontes, Cubanacán fought among themselves over the market and achieved a certain differentiation of products and services. It is true that Islazul was somehow “reserved” for the so-called national tourism, and became something like the “Cinderella” of tourism at that time in which the sector’s authorities still hadn’t discovered that national tourism also generated incomes and they were necessary. And this is another lesson: the national market is important and must at least be treated the same as the international market.

9- Decentralization, autonomy of the business organizations and confidence in the executives are very important

Perhaps very little has been studied and probably much less has been written about the impact of the conception of developing a sector based on the decentralization and autonomy of the enterprises, at that initial stage in which the hotels were enterprises (now I don’t know if they are Basic Business Units). But the revival of tourism in Cuba was associated to that decentralization and that autonomy.

In those times the hotel managers could make decisions that today are forbidden to them or are in the hands of other levels of decision making far from the hotel’s reality.

One of the best examples was Finatur, which promoted the links toward the sector based on guaranteeing financing to the national enterprises under conditions of competitions with foreign suppliers.

The national enterprises have to be incentivized, but it must be done in such a way that the incentives don’t turn into disincentives to improve quality and efficiency.

“Consuming Cuban products is helping the nation” said that slogan from the 1960s, but to force the sector to consume bad Cuban products is not exactly the best way of helping the nation. In the end it damages the image and leads to the loss of markets, in addition to not promoting improvement in efficiency. Financial support, more necessary today, should rescue that initial philosophy.

11- FDI in its different variants can be fundamental, not just by contributing capital but also transferring know-how and markets

It was part of the golden rule of the relations with FDI. Tourism was a pioneer. We had the resources (beaches, sun, climate), the foreign capital contributed know-how, markets and also capital. Making better use of it continues being a pending subject.

Creating better conditions to facilitate businesses with foreign capital in the form of direct investment or management contracts with financial contribution is still a pending subject, not just in tourism but also in all the sectors of our economy.

Other things can be done. Few foreign partners put money from their pockets to develop a project in Cuba; almost all of them resort to third parties, to Investment Funds or Banks, which are the ones that really contribute the necessary capital. For us, that issue is still not part of the study program.

Why sacrifice the little liquidity we have today in projects that will take years in recovering the investment, when it can be done through a loan or an agreement with an international financial institution and honoring it later based on the incomes perceived for the exploitation of that project? Is that so crazy?

This was something completely unthinkable in the beginning. The prohibitions of tourism buses parking or leaving tourists in private restaurants still remains in our memory, and what to say about the pressure on the private room and home rentals.

It was possible to “change” that way of thinking only after the reform introduced by ex-President Raúl Castro, almost 20 years after the start of the sector’s development.

Today it is almost surprising when we hear the tourism authorities affirm that the non-state sector is an important ally in the development strategy of national tourism.

It’s not that today everything is a bed of roses, but undoubtedly it is the sector that has best understood the idea and that has best incorporated it into its future projection.

More can still be done, for this the public-private alliances, almost a fact in tourism, can be better formalized with profits for both sides.

There are many lessons, even some negative or very negative ones from which we can also learn and a lot, but I preferred to list these, almost all of them positive or with positive results.

There’s a long way to go to reach the borders of productivity and efficiency in the sector, but tourism did it, despite those difficult initial conditions. The question is: Why not the others?