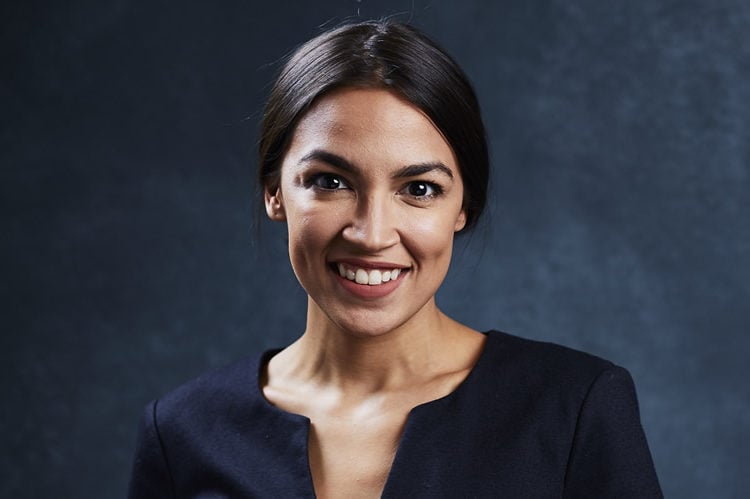 On June 26 Alexandria Ocasio-Cortez won the Democratic primaries for the 14th District of New York. She did it with a radical program, considering the political-cultural circumstances in in the United States, where the word “socialist” is usually likened to totalitarianism, the Soviet system and other evils.

That was the logic that made it possible to label Barack Obama in that band of pepper and lonely hearts. As well as the Canadians, among other things because of their health system and social medicine. And lastly, a great deal of the “old Europe.” The government must be small and the economy as deregulated as possible. Period.

Furthermore, she expresses herself as a determined spokesperson for the LGTBI community, and in foreign policy against Israel’s role in the Middle East.

The daughter of a Puerto Rican woman and a New Yorker from the Bronx – chambermaid and bus driver -, her electoral base led her to supplant Democrat Joseph Crowley, who had 10 successive terms in office. The young woman won 57% of the votes with a bit over 300,000 dollars collected for her campaign. A resounding victory. Her opponent went home with 42.7%.

It has been repeatedly said that Alexandria got there just because of her condition as a Latino woman, but the question is more complex.

While the origin of 46% of her congressional district, which covers the counties of the Bronx and Queens, is 46% Hispanic, 24.6% white, 16% Asian and 10% Afro-American, the importance of the young voters (beyond race/ethnic origin), the color community, persons whose second language is English – or who simply don’t speak it – and working class voters cannot be overlooked.

She also won thanks to a not very conventional team who did a very good job, made up by activists from the Democratic Socialists of America, Black Lives Matter and Muslims for Progress. And, of course, because of the effective use of the Internet, especially the social media, in which the millennials are masters before and after Barack Obama’s first victory.

She told a New York magazine that she had never thought of herself running on her own, adding that she felt that the only way of effectively running for the post was having access to a great deal of money, high social influence, a great deal of dynastic power, and that she didn’t have any of the three. And in another interview she said that women like her are not supposed to run.

But if one goes beyond the glitter and the environmental noise, her victory is not such an atypical or unique phenomenon, in the first place regarding women. According to the Center for American Women and Politics, at present 602 women are running for posts in different local governments – or for Congress.

An expert on the issue affirms that women are today “the most powerful political force” in the United States, driven by their confrontation with paternalism and phalocentrism, and because of their determination to achieve (another) liberation.

On the other hand, in the political that victory is a pendular reaction with respect to the mainstream, and in particular the moves of a conservative and restorationist executive moved by the desire to erase all vestige of liberalism in terms of immigration, religion, same-sex marriage, labor rights and a wide range of topics, which include placing an ultraconservative judge in the Supreme Court – they already achieved that with Neil Gorsuch – and now another with magistrate Anthony Kennedy, a moderate conservative appointed by Ronald Reagan, out of the game. All this in the midst of a divided and polarized country, perhaps as never before since the times of the Civil War.

During the mid-term elections Alexandria will run against Republican Anthony Papas. If this young 28-year-old woman, a waitress and a Boston University graduate of Economy and International Relations, is able to come out the winner, she will then be the youngest congresswoman in history, only preceded by Republican Elise Stefanik, who entered the legislative when she was 30 (2015).

The arrow is already in flight. It remains to be seen if next November it hits the target.