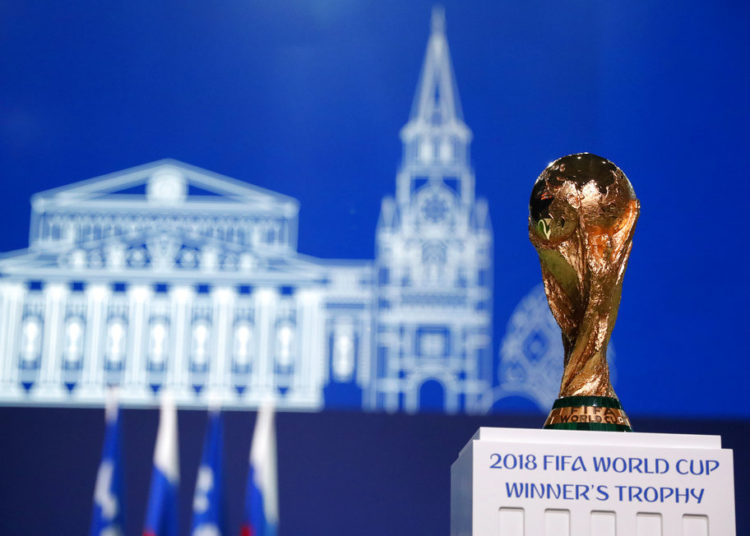 While European countries are closing the door to hundreds of thousands of refugees and letting many of them drown in the Mediterranean, its soccer federations are taking advantage of the immigration. 24 of the 32 teams had foreigners in their ranks.

Switzerland has several Albanian players in its team: Xhaka, Shaquiri, Behrami and Dzemaili. The country with the most complex migration laws in the world has a total of 13 nationalized players in its team, more than any other team in this Championship. In addition to the Albanians there are Mvogo, Embolo, Moubandje and Oberlín from Cameroon; Fernandes from Cape Verde; and Djourou from Ivory Coast.

In France Mandanda is from Zaire and Umtiti from Cameroon. Lemar is French but from the “overseas” territories: he was born in Guadeloupe. In Spain Diego Costa and Rodrigo are Brazilian. Like Fernándes, the Russian defense, and Pepe, the Portuguese defense. In Portugal there are also Martins from Cape Verde and Carvalho from Angola. Sterling, the British 10, is Jamaican.

In almost all the “central” countries there were national players or descendants of the “periphery.” But in some from the “periphery,” like Senegal and Tunisia, it’s the other way around: in each one of those teams there were at least seven players born in France. Although the difference in level between the nationalized who play for France and the African nationalized French is big, in soccer the passport is increasingly less important and money increasingly more.

Nine of the last 10 world club champions are Europeans, 11 of the latter 12 semifinalists of the World Championship teams were Europeans. As Fernández Moores wrote in The New York Times, the money from European football today breaks all the records, and football, which compensated inequalities, is increasingly starting to resemble the world of the increasingly richer rich, and increasingly poorer poor.

Switzerland and Serbia playing in the second game of Group E for a great deal of the classification to the second round. It was unexpectedly the most politicized game of the Championship.

Serbia does not recognize Kosovo, with 9 out of 10 inhabitants of Albanian origin, as an independent State. The wounds from the Balkan war still haven’t healed.

Serbia put itself in front rapidly with a goal by Mitrovic 5 minutes from the first time. Mitrovic himself is who, in the game by Serbia against Albania for the 2016 European Cup, had been in charge of taking out to the field a drone that overflew from the Albanian tribune with the flag of the Great Albania (which comprises Albania and the territories that the Albanians are claiming).

Seven minutes into the second time, Switzerland returned to the game with a goal out of the area of the 10, Granit Xhaka. Xhaka went running after scoring making the gesture of the two-headed eagle on the Albanian flag. He was born in Basel, Switzerland, but his parents are Albanian. His father was a political prisoner in Kuršumlija, in the south of what Google Maps marks as Serbia.

After the celebration, boos were heard each time the Swiss had the ball. In addition to the Serbs present in the stadium, many Russians were in favor of Serbia. The Cold War is not far back. It is still ongoing.

The game was dying in the tie but at 92 minutes, Xherdan Shaqiri in an unstoppable and memorable run escaped from everyone and scored the 2-1. His celebration was like that of Xhaka. A month before the championship, Shaqiri had posted on Instagram the picture of a pair of boots, with the Swiss flag to the left and to the right that of Kosovo.

After the game, the general secretary of the Swiss Football Federation, Alex Miescher, announced that Switzerland would seriously evaluate not allowing, from now on, that those players who have not declined a second nationality play in the team.

It wasn’t the only controversy around Serbia. Nolan Djokovic posted a twit with a photo of Modric and Rakitic, the Croatian stars, before the game with France, wishing them luck. He was insulted by a surge of Serbian trolls nostalgic of the ex-Yugoslavia. This World Championship was Balkanized.

Croatian President Kolinda Grabar-Kitarovic is one more fan of her team. She doesn’t go to see the games with the protocol of a president but rather with the passion of a supporter: no suits, she puts on the red and white checkered T-shirt. She screamed, jumped, suffered and celebrated. When the game against England finished she went down to the dressing room but not to greet but rather to celebrate with the players. For the game against Denmark she avoided the VIP zone, bought a ticket and went to the stands; afterwards she went to the Fan Fest of Moscow’s Red Square to see the Russia-Spain game.

Kolinda traveled to the Championship on commercial flights paid with her money and docked from her salary the days she didn’t work. Although her party is center right – conservative in several issues like the opposition to same-sex marriage – the figure of Kolinda implies several progressive changes: she is, for example, the first Eastern European woman president.

The Croatian president’s wasn’t the only feminist irruption of the Championship. There were also several denunciations against male chauvinism. Before the World Championship the Argentinian Football Association printed a handbook with “recommendations on how to win over Russian women” which was repudiated even by the Russian embassy in Buenos Aires. Several women journalists reacted in the face of the fans’ groping, like a Spanish journalist who screamed live to a harasser. And quite a lot of fans, almost all Latin Americans, have been sanctioned with expulsion from the country for making fun or taking advantage of Russian women or from other non-Spanish-speaking nationalities. The German DW site concluded in an article that the Latin American public was notably the most sexist of the championship.

Kolinda isn’t the only president who came out winning. Putin also. Organizing the World Championship can benefit a bit the presidents who head the host country or can do a great deal of damage, as happened to Dilma Rousseff with the Brazil 2014 cases of corruption.

For the organizing politicians, the expectation of making profits is low and the risk is high. It depends on the sports results, the economic results of such an effort and normalcy – in terms of safety – with which the championship takes place.

Before the championship there were many controversies that ranged from the arrest of the deputy governor of St. Petersburg Marat Oganesyan for fraud in the reform of that city’s stadium, to the exploitation of North Korean workers. But Putin closed this World Championship with positive results. There were no attacks or episodes of violence. The infrastructure functioned rather well. And the Russian team was about to reach the semifinals.

It was enough for Putin to confirm among the Russians the overvalued sensation that they continue being a power. Abroad it served him to clean a bit the image of Russia, after its intervention in the war in Syria and the economic sanctions after the Crimea conflict with Ukraine.

Domagoj Vida, the Croatian goal post guard, recalled the Russian-Ukrainian conflict. In a video he posted on the web before the game against England, he dedicated the victory over Russia to the Ukrainians: “Glory to Ukraine,” he shouted.

Vida has no Ukrainian origins or descendants who lived Stalin’s Holomodor in 1932. But he played in Kiev’s Dynamo four years (2013-2017), he made friends there and then became a bit Ukrainian.