Although the occupancy rate remains low, we continue to grow in hotel capacities and promote the "all-inclusive" modality in sun and beach tourism. 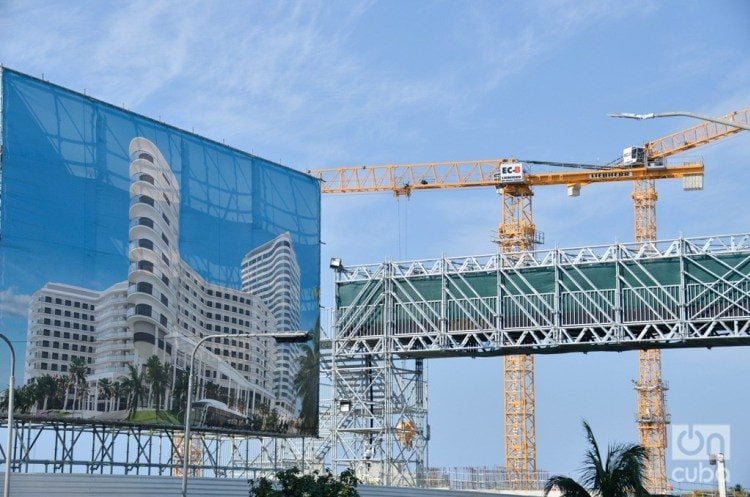 Tourism, I have no doubt, will have to remain one of those great engines that drive the country forward. (1) There are at least three ways to do it: by encouraging an extensive expansion in terms of hotel and non-hotel capacities, or reaching levels of exploitation of existing ones that allow extracting higher income per tourist or by a combination of both.

The first variant depends a lot on new investments and new facilities, the second one depends more on the intensive and efficient use of the facilities and on a business concept where prices are more associated with the real quality of the product/service; the third would be to grow in those segments that generate higher income per tourists and strictly invest in the necessary ones.

Improving the occupancy rate and tourist income seem to be two of the most important goals of the Cuban tourism sector today. Although the occupancy rate remains low, we continue to grow in hotel capacities and promote the “all-inclusive” modality in sun and beach tourism.

A few weeks ago the minister of economy explained that one of the decisive issues is the return on investment funds. If practically most of the new hotel capacities are built with “national money” and the growth expectations of the tourism market don’t seem to be very high; if the feasibility of the projects depends on a market projection of doubtful compliance and a certain occupation―difficult to achieve; if it is known that this market will not have an explosive growth; then it is difficult to explain why you should preferably choose the first option. It is also likely that I’m missing some information regarding this matter.

In any case, I will continue to argue that tourism is a good example of what can be done despite the difficult circumstances. It was demonstrated since the mid-1980s, when there were hardly any hotels in Cuba. National Economy Prize winner Miguel Alejandro Figuera explains how it happened in an article published by the magazine Temas a few months ago.

And what do you find is the best thing about the hotel? I asked some Spanish friends who stayed at one of the hotels in the group of keys north of Cuba.

Well, there are two issues that in my opinion are decisive, the first of both is that character of the Cubans who work here, who make you feel very good. And look, I’m not saying that they are super professionals, but they lack that touch sometimes. Moreover, without a doubt, you’re going to be able to find better professional skills in a hotel in another country, but there’s an I don’t know what in the way these people treat you that makes you feel very good or, better, that helps you not feel certain deficits.

The second is obvious, that beach and that sea. It is like being in another world. Yesterday after the tremendous afternoon downpour we returned to the beach and it was a dream. The completely calm sea and water with a perfect temperature. You can imagine how it is for me; in my country I see sea lions jumping 100 meters from the beach and the water is almost untouchable from how cold it is even in our “summer.” Well, that gift from God that is your sea and your sand, that is the other very best thing.

To these tourists who were catapulted from one airport in their country to another here on the island and from here, almost without breathing, were deposited in an “all-inclusive” five-star hotel on one of the keys on the north coast of some Cuban province, what struck them most was not the comfort of the rooms, the softness of the towels, the quality of the bedding, the exquisite professionalism of the employees, and much less the fact of having to live with dozens of tourists from the “domestic market.” (It was in a conversation between two drivers from a national company that makes the transfers where I learned that when we Cubans do tourism and use that service they call us “domestic market.” It seemed funny to me.)

What won them over the most was the dedication and friendly treatment of the hotel workers (not their professionalism) and the other thing that had an absolute impact on them was the beauty and quality of our beaches. Then, because I was lucky enough to be an economist, it came to my mind that even today and despite all the effort and foreign advice and hundreds of hours of training, it was two “natural advantages” that most captivated that couple of tourists from the “international market.” That special people gift Cubans have and our beaches.

We Cubans should understand the blessing of natural advantages and above all help multiply their proper use. If I had told those tourists that those Cuban workers whose affability has won them over are subject to a very hard work regime, that they all live far from their workplace, that the salary they receive can absolutely not be compared with what other workers of this sector in the Caribbean region receive and that little compensates for the sacrifice they make, perhaps then they would have been much more surprised.

It’s true that that group of keys in northern Cuba is a heavenly place, but it’s also true that its ecosystem is very delicate. Mass tourism, the so-called “all-Inclusive” that helps us bring in hard currency or allows some Cubans―they are not few―to access some vacation days, has undoubtedly significant costs in terms of the environment.

Today the expansion plans of the Cuban tourism sector are to continue growing―in the keys too―, to build more hotels, new roads that make it possible for these keys to communicate with each other. I think, however, that there must be a “physical load” that is what these ecosystems can sustainably support. I hope that in all these plans this matter has been very taken into account, I know our Environmental Law. I know that any hotel project, however small it may be, requires approval from the Ministry of Science, Technology and Environment, I know that this entity is rigorous in these aspects.

Anyway, I confess that when I see a causeway crossing a mangrove in a key or when I see large esplanades that are leveled and filled to build new hotels, I cannot but think of the “blessing of natural resources.” Of course building on stilts is more expensive, but it is probably less harmful to the environment. By the way, it is strange to see an iguana, where before there were so many, some types of small lizards very common a few years ago and some bird species.

Someone one day asked me the following: If our keys and beaches are so special why then do we turn something so unique into such a massive consumer product? Why not make them a super exclusive product? This would be another way of obtaining income from these natural advantages, perhaps in a less aggressive way, but it also requires another business concept that does not seem to be the one that prevails today in Cuba. (2)

The second part of my conversation was about what they liked the least, although I already imagined some of their answers: the first of all was the food.

Why so few fruits, so few varieties of natural juices? And by the way the bus driver has told me that Cuban avocado is very good, but I haven’t seen any during the days I’ve spent here? Many pickled vegetables but very few natural ones. I’m surprised since Cuba is a tropical country.

This is also the anon season, which are nowhere to be seen, nor what to say about the star apple, or the custard apple, a soursop is never found and even less Cuban akee. Look here, who could see a Swede eating akee, one by one. Nor is much known about the Chinese akee (litchi) and the mamey. Where can one find a mamey in addition to some agricultural markets (where an ounce of mamey is quoted as if it were an ounce of some rare mineral)?

Very often much is due to a better management of those in charge of supplies. They should have stable relations with some cooperatives and private producers, to establish a kind of two-lane path where Cuban producers learn to produce and serve products to hotels and where hoteliers learn to take a better look at the national market and above all to train them in what they want and how they want it. It is true that in other countries these questions have been running smoothly for a long time. We here on this Caribbean island must spend a lot of time building that relationship. Of course I didn’t explain any of this to those tourists, because I think it would have been quite difficult to understand all at once.

Finally, they told me: “Cuban workers are so kind and good people, but in terms of the service, they lack something,” and although they could not describe it to me, I think I understood that “something” to which they referred. It is about that small difference between a nice person and being professional or, better yet, that tremendous competitive difference that would be to add how nice we are to a professionalism in the service that allows us to emulate in the region.

I’m still left with some questions: What is needed, more hotels in the keys or more tourists in the hotels? Or perhaps the formula for our tourism development could be less tourists and more income per tourist? Less hotels and more hotel revenue?

Undoubtedly, different business models will derive from these answers.

(1) Unfortunately, at least publicly, there isn’t a “satellite account” that allows us to follow the sector in its relationship with the rest of the national economy.

Alden González: “What happened with Santiago’s carnivals seems shameful to me”

Cimafunk in New York: "I’m in a dream"