A National Assembly session will be held in October to elect the members of the Council of State, the president and the vice president of the Republic. 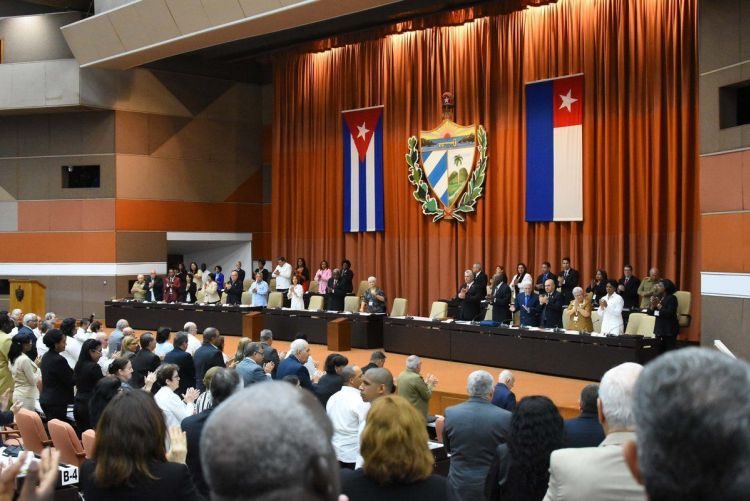 The process to elect the new leadership of the National Assembly of Cuba, the Council of State, the president and vice president of the Republic and the newly instituted position of prime minister began with the constitution this Tuesday of the National Candidacy Commission (CCN), according to the newly proclaimed Magna Carta.

At the ceremony, the seven members of the organizations that make up the Commission were presented. It will be in charge of presenting to the Cuban Parliament the nominations for the authorities of that body, where the president and vice president of the Republic are elected, together with the members of the Council of State.

According to the Electoral Law approved last July―in compliance with the Constitution proclaimed on April 10―, once the President of the Republic is elected―until now known as “President of the Councils of State and of Ministers”―he will designate the prime minister, both posts instituted by the new Magna Carta.

Acosta, a key figure in the drafting of the constitutional reform, said that the Cuban electoral system “has a deep democratic root” since “the people” nominate and elect directly “in some cases,” while in others the proposals are made by the candidacy commissions.

Approved a little more than three months after the proclamation of the Constitution, the new Electoral Law maintains the process of direct election of deputies and reduces the composition of the Council of State, the country’s topmost governing body, from 31 to 21 members, including its leadership position.

Its main changes also include the creation of a National Electoral Council as a standing body and the modification of the amount of deputies in search of a better territorial distribution in the representation of the Assembly, which will have 474 members instead of the current 605.

Three types of elections are established: the municipal, where the delegates to the Municipal Assemblies (councilors) are elected; the national, to select the deputies, and that of governors, another new figure included in the newly proclaimed Constitution.

The president of the country will propose the candidacies of the governors and deputy governors, who will be elected by the municipal delegates of each territory.

The Electoral Law also provides for the requirement of two years of residence in the country to vote and five years to aspire to a public office.

The electoral procedure does not vary for municipal delegates, whose candidacies are proposed directly by the neighbors, while those of the deputies to the National Assembly will continue to be in charge of candidacy commissions.

Parliament will continue to elect the country’s president and vice presidents from among its members, therefore the door to direct presidential elections remains closed.

In Cuba, election campaigns and candidate financing will remain illegal.

Cimafunk in New York: "I’m in a dream"