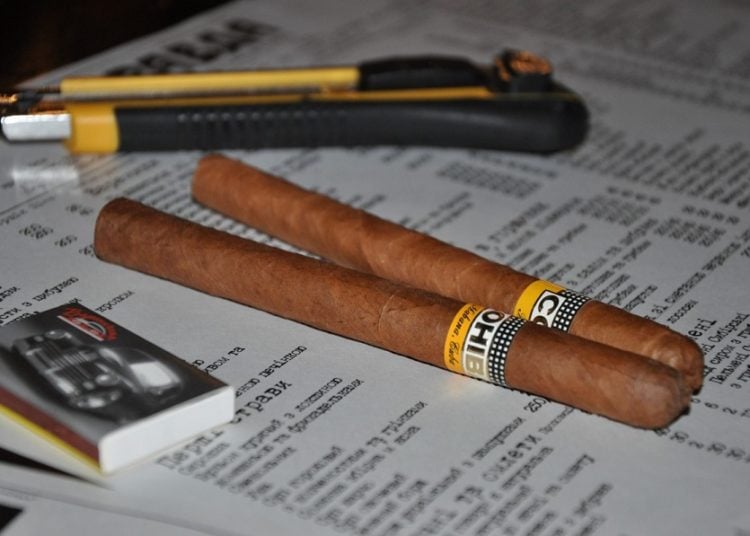 High risk sports (mountaineering, scuba diving, parachuting, all of them) require very clear, easy to understand rules that transmit simple signs and shape the individual and collective behavior of those who strive in those practices; rules that will allow for very wide-ranging margins of action to be able to react to the unexpected but, at the same time, sufficiently powerful to not give rise to fatal mistakes.

Exporting, although not a sport, is also high risk and requires the same conditions.

Exporting has not been part of the attributes that characterize the Cuban economy; neither is it a basic component of our culture, before or after the Revolution. The paradox is that, despite this, Cuba is a country that has lived off of its exports.

The reality is that exporting would have to be “something natural” for Cuban producers since, given our market’s size, any activity that has relatively high production levels exhausts the national market, always small, and there is no other option but to seek foreign markets.

It is true that before 1959, not taking into account the “golden triad” – sugar, rum and cigars – we could mention many examples of punctual export actions, without institutional support, almost always through individual initiative and that very few times responded to some type of “export strategy”: the grapefruits and cucumbers from Isla de Pinos to the United States, the plantains from Manzanillo to the United States, the avocados from the south of Havana to the United States, and some other very precise exports to the Caribbean.

It’s possible we could find some more lost ones among the anecdotes and complaints about what used to be done and is no longer done, but the truth is that the “golden triad” concentrated more than four fifths of our exports and among them sugar was the leading product.

These products enjoyed certain unquestionably comparative supports and advantages, especially in terms of their advantageous access to the U.S. market, but not much more.

These three products are still important in the total volume of our export of goods; even sugar, in which this year we have achieved the miracle of reaching a production resembling that of the last years of the 19th century. It is true that Hurricane Irma contributed to that miracle, but we would have to see what happened in the Dominican Republic, where just a few sugar factories systematically produce more than half a million tons of sugar, and which was also affected by Irma. However, and accepting the “Irma effect,” sugarcane continues being an important export product in our diminished export of goods.

Today, 60 years later, we also have nickel, the export of medicines (generic and biotechnological) and the ones we make from oil derivatives. These at least make up more than 70 percent of all our exports.

In short, our export of goods, except for the biotechnological products, continues having low to medium technological complexity and relatively low R+D, although in any of them Innovation could play an important role in their competitive improvement and productivity.

Now then, let’s accept – and I believe it is valid – that we should not relinquish our comparative advantages, better still, we should use and if possible strengthen them, which is why I believe that we should continue favoring those exports that today we still call traditional. The difference is that today there are great dissimilarities among them.

Let’s take a look at the sugar, cigar and rum triad. There are important differences among them in terms of results. Rum and cigars, more than becoming consolidated have expanded and transformed into world “businesses,” organized in the fashion of the big value chains.

In rum and cigars, the enterprises have formed alliances with major global distributors (Pernod Ricard and Imperial Tobacco) and in that way they today manage the production of the product up to the marketing. They are two rather successful examples of these chains’ insertion.

However, those “traditional” products have turned into “world class” products and, despite the U.S. embargo and the hurricanes and drought, they have been successful. Meanwhile, sugar is walking backwards.

It is true that our sugar is a “commodity,” that is to say a product massively sold on the world market under not very differentiated standards. But it is also true that the production of other product derivatives has not even been able to be diversified. We don’t export any of the other dozens of sugars that can be produced, including the organic whose production efforts were concentrated in Villa Clara for some time now and I don’t know if it is still running today.

There isn’t a Cuba “brand” that differentiates our sugar. There is very little added value after the primary industrial process, we don’t have a large capacity for producing high-quality refined white sugar, we are not connected to major world distributors that would allow for “placing it” on the shelves of the big supermarkets, we are unable to exploit the “origin” and history of the “origin,” something which Habanos and Havana Club have done.

The solution is not to stop producing sugarcane and dedicating all the land to the planting of tobacco (I’m specifying this since there are always fiery minds); the solution could be, among others, to produce another type of sugar, a more sophisticated final product and to even reach the consumers who buy in the supermarkets. That is to say, integrating forward, in adding value to the product, just as has occurred with rum and cigars. But we could also say the same for coffee or cacao.

They are only ideas, to make it clear that being “traditional exports” they have had very different performances, to a great extent due to the way of inserting into that famous “market.” Those two incorporate many very creative elements associated to brands, origin norms, marketing, conquering new markets. They incorporate soft technology, in addition to improving and modernizing the hard technology.

It is also true than even when we have had “exporting success” (nickel, cigars, rum and biotechnological products), there still exist obstacles, threats, weaknesses, bureaucracy, organizational forms that prevent a maximum exploitation of those advantages.

Some are common to all of them and others are specific to one, but they all are well-known; an overvalued exchange rate that “fines” the export enterprises and makes them lose incomes and even worse, it makes for part of them to be “transferred” to the inefficient industries; wages divorced from the dynamics of incomes generated by those same products that contribute to emigration to other sectors or to other countries; relatively passive role of the national bank credits; not very flexible regulatory system; logistic deficiency, which artificially increases the costs; weak integration of the national industry (we don’t produce rum bottles, nor the aluminum cases for the habanos or their rings) which subtracts from the exporting effort.

There are also other aspects, less tangible but also harmful; our dear “plan” or even better our way of “planning” (2); the scarce “degrees of freedom” the Cuban state-run enterprises have to decide about a concrete deal at a specific time; our current institutional organization, which we have inherited from previous years, the one that still remains in place and essentially continues being monopolistic and where, and despite the reform of the socialist state-run enterprise, the ministries still decide for the enterprises.

The latter negatively contribute to the culture of taking risks, they don’t provide sufficient protection to the state entrepreneurs who take risks, but neither does it duly reward them.

The world is very rapidly getting close to a new trade war spurred on by Mr. Trump’s chauvinism, it seems that protectionism is gaining followers in the big countries, the international trade regulations are becoming more rigorous, the non-tariff barriers continue growing, those are the big threats.

Cuba is a small economy, reaching trade agreements with big economies can be a means to relativize those threats, to get better conditions for our products than those offered by a world market that is so unreliable, but above all, our weaknesses to export have to be solved and it must be done as soon as possible.