MSMEs, local development projects, industrial and service cooperatives have introduced new dynamics, still insufficient it is true, but that displace the limits of the comfort zone of the organizations in charge of directing the economy, so accustomed to verticality. 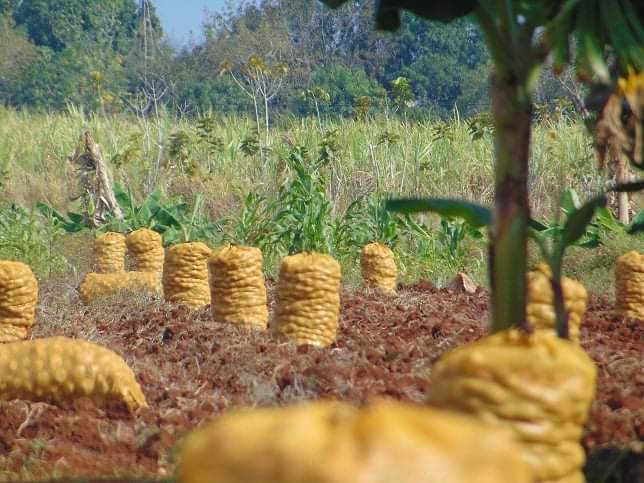 MSMEs, potatoes and the 4.0 industry seem to be relatively distant from each other, however, in recent days this combination has made me think again about the importance of small things.

For decades, at least more than three, the small hardly occupied any formal space in our economic model of development — for example, the National Association of Small Farmers —, in practice our agricultural model privileged the large state enterprise instead of small farmers and subordinated the latter to the dynamics of those enterprises.

It should also be said that that model based on large vertically organized and centrally controlled enterprises was functional for the exercise of power and allowed, at least formally, better control and facilitated the allocation of resources from that same single center, although the efficiency of the allocation and its use were often far from what was “planned.”

But it must also be said that that model responded to conceptions about productive systems that were deeply rooted in the ideas about development in the last century. In the case of Cuba, it would also be necessary to add the availability of relatively abundant and unquestionably cheap financing.

Our business environment has been changing. SMEs, local development projects, industrial and service cooperatives have introduced new dynamics, still insufficient it is true, but that displace the limits of the comfort zone of the organizations in charge of directing the economy, so accustomed to verticality; they also displace out of their comfort zone the state-owned enterprises, the entrepreneurs of those enterprises, and even local governments.

Today we have like a noisy beehive that never stops, that constantly builds without waiting for someone’s guidance, that clones itself and transforms at a speed at which our management model, inherited from other times and never radically changed, is not used to. This beehive made up of hundreds of little bees, which integrates and converts opportunities into good business, also without waiting for anyone’s guidance, requires another thought and another management model that can assimilate and incorporate these new dynamics. That it seems to be under construction seems true, that it still has a lot to build, too.

Perhaps these new small and medium-sized enterprises are not yet as productive, nor as efficient, nor as flexible, but they move at a different speed than the state part of the Cuban business system, with few exceptions, is still not able to move. Thus, the small begins to generate dynamics that are important and that can be decisive, especially in their localities. The small becomes transcendent.

And then potatoes made their appearance…agroecological. Developed based on a project cultivated with patience and intelligence in Perico, led by the Indio Hatuey Pasture and Forage Experimental Station, in Matanzas.

Potatoes grown on a small scale, by small producers who have received the type of training that Martí spoke about in his article “Maestros Ambulantes.” Knowledge scattered from municipality to municipality, explained over and over again to farmers and those who are not, have some degree of influence on the result and the enjoyment of the result. Potatoes that bring down myths and probably something else.

“It’s to produce potatoes by agroecological methods and for local self-sufficiency; the country has always supported potatoes under production systems with large inputs, high use of machinery and agrochemicals, a process that generates high productions, but collaterally causes problems of compaction, acidification, salinization and soil erosion, at the same time that given the limitations with these resources we are left with this ecological alternative for potatoes,” Servando Martínez Hernández, specialist in Seed and Phylogenetic Resources at the Provincial Delegation of Agriculture of Sancti Spíritus, one of the provinces where the experience was extended, said to Escambray newspaper.

It is true that given the amount of land used and producers, it is not enough, it is true that this “new potato” is not going to be the way out of the “potato problem,” but it contributes to solutions on a scale, it alleviates, even if momentarily, the local shortages and spreads the seed of agroecology, fertilizes, with its concrete results, that other culture of producing healthier crops, with its own resources, on adequate scales. It teaches that it is possible and that it can also be “extendable” to other crops. It teaches that there can be multiple solutions and that there does not have to be a single “solution.”

Well, yes, the agroecological potatoes, which hopefully is not a fad, nor the momentary alternative for “having no inputs” also values ​​what is small, which on a local scale can be large.

From 0.4 to 4.0 is a big jump. And it is very good that the National Innovation Council has raised the need to think about the industrial development of the country and to do so not based on the paradigms of the industry of the mid-20th century, which is what we are generally left with today. We still have one of the essential elements to do so, people with education and the ability to learn, although often not encouraged enough. Well, that 4.0 industry that is setting the standard, also values ​​what is small and especially the formation of networks where what is small can be decisive.

The 4.0 industry is more than an industrial development model, it is above all a new business model that questions, incorporates and combines. It puts in check the typical vertical structure of the industrial model of the 20th century, incorporates technological advances and combines knowledge and skills that only reach their maximum potential through this combination, existing in an ecosystem where flexibility, initiative, autonomy, fast response and the ability to network are decisive. Where the small is valued based on the value it adds and not the value of its fixed assets.

But there will be no 4.0 industry without competition, just as it will not exist without cooperation. There is competition and cooperation at the same time, within each ecosystem and between them.

There will be no 4.0 industry if we limit it to the state business system, to technological state SMEs. How many are there right now? If we do not generate the right incentives for all of them, without distinction, if we fail to understand that the Cuban business system is one, if we do not open our economy much more to allow more fluid exchanges with foreign enterprises, if we do not facilitate foreign investment that allows us to capture already existing technological advances and above all if we do not consistently direct it towards this type of industry.

In this obligation/need to re-industrialize the country, to do so by heading towards these new ways, where sale economies and physical infrastructure are not the only determining factor or rather cease to be, where flexibility and the constant reinvention of enterprise are decisive, where it is possible to reach levels of competitiveness both in quality and in prices, where many times the behavior of the models is not based on diminishing returns to scale but on the contrary, in that new world to which we must aim, it seems that the small holds a privileged place.