This involves stores of the Caribe and Cimex chains. It comes into force as of next Thursday, April 21. 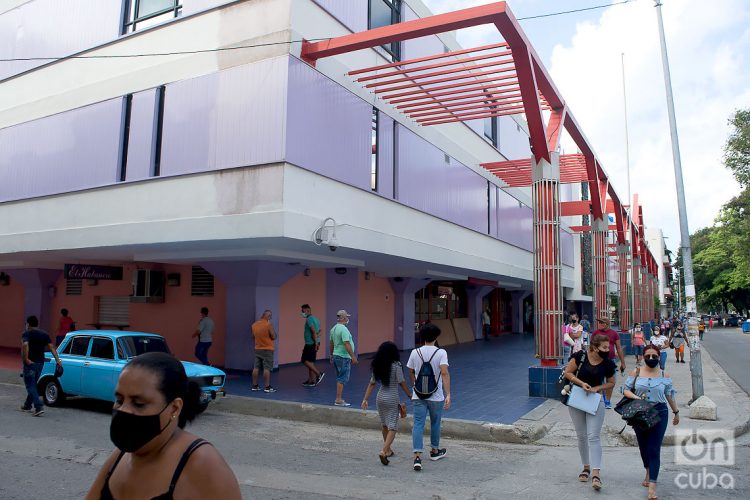 The “municipalization” of commerce, already implemented in Havana during the pandemic, has now been determined by the “availability of products” and involves stores of the Caribe and Cimex chains, the island’s official media highlighted this Tuesday. The measure comes into effect as of next Thursday, April 21.

The note released by the government of Havana points out that the purchase restricted to the municipality of residence in stores of said chains is taken “taking into account the existing situation with the availability of products and with the objective of making the sale more viable, achieving greater equity and therefore reducing the agglomeration of people in establishments.”

In this way, the products that are marketed in these stores will be controlled and regulated, “writing it down in the ration book” and verifying the identity card.

The information underlines that in the municipalities where conditions allow it, “households will be linked to the stores and points of sale,” and “sales cycles of the controlled products will be organized, in correspondence with the real possibilities of supply and logistics.”

Another novelty is that some large shopping centers are limited in the same way.

The “municipalization” method has been alternatively implemented during the pandemic of coronavirus. In 2020, the Provincial Defense Council (CDP) put it into practice to limit mobility and thus reduce the chances of spreading the virus.

Now, the authorities are resorting to it due to the lack of products caused by the serious crisis that the island is experiencing and that, along with various factors, has been exacerbated by the pandemic itself.