The exchange rate unification should have a positive impact on the prices of the final export products and services. However, contrary effects can occur. 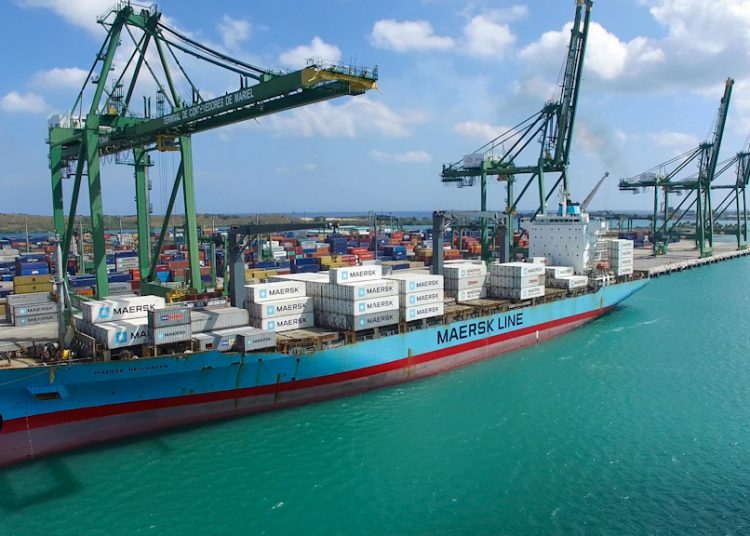 The devaluation of the official exchange rate of the Cuban peso against the dollar, the wage reform and the administration of the management of the prices of some goods and services have become a combination that doesn’t always produce the desired effect. At least, so far in this process of structural adjustment of the national economy called reorganization task.

We know from the macroeconomics and microeconomics books that any devaluation must generate positive incentives for the efficiency of the system as a whole; on labor productivity and on exports. It should lead to improvements in all three, though not in the short term.

We also know from the macro and micro books that any devaluation produces a short-term effect on prices and generally pushes them up. This effect, in economies where there is an adequate dynamic of substitution of production factors (capital, labor, land and know-how) and where the supply is sufficiently elastic and varied, should serve as a containment of the expected short-term “price-effect” term.

In universal economic thought, Alfred Marshall and Leon Walras defended different points of view on the role of quantities and prices in this necessary adjustment process. It is also true that those analyzes were based on assumptions difficult to achieve in real life: full information, atomized markets, perfect competition, freedom of choice for consumers, etc., etc. But the little consistency of the assumptions doesn’t detract from the role of prices in the global dynamics of the economy, whatever it may be.

In Cuba, the devaluation caused by the exchange rate unification should have a positive impact on the prices of the final export products and services. However, contrary effects can occur, which are well-worth being rectified as soon as possible.

A container of 20 tons of said product must produce X amount of dollars in income, that is, X Cuban pesos at the exchange of 24 CUP per 1 dollar.

Of those X dollars, the enterprise keeps 80% of the total exported that is converted to LC (liquidity capacity), plus the other 20% in Cuban pesos. From the dollars it keeps, it must also deduct the 8.6% that it pays as a commission to the state exporting enterprise, just because it has been designated to export. Then, the total export earnings of the enterprise discounting the commission of the exporter are equivalent to 93.1% of the initial income in Cuban pesos.

The adjustment of the new rates based on the devaluation has caused the following:

So far we have that the same amount of product by virtue of the increased prices due to the devaluation of the official exchange rate converts what was a good export business into the opposite. Undoubtedly, the enterprise will have to review all its processes, all its costs and, if it wants to continue exporting, it will have to find ways of doing it. It is also true that it doesn’t have many options for finding new providers, that service fees may be excessively high, and that it may be possible to rationalize the number of people employed. Some solutions are more feasible than others, more desirable than others, more politically appropriate than others. For example, with only being able to export directly and avoid the commission of the exporter, 11,888 CUP (495 USD) would be saved and with this it would no longer be in the red.

In export goods, unlike goods and services sold in the domestic market, the enterprise can’t raise its sales prices, since there are other competitors in the market who sell at the same or cheaper price. Therefore, in these cases, the international price is a data that forces the adjustment of the national costs downwards or to obtain some type of subsidy.

International prices of any product should serve to measure the distance that separates us from average market conditions and from international production and productivity levels. This is true for exports, especially if we want to achieve their “effective” substitution at some point.

The useful thing about devaluation is that today we can, as never before, measure our costs and prices with international prices and costs. We can divide by 24 and compare and we can also, in a more transparent way, compare national enterprises with each other, something impossible before the measure.

I don’t know what the new cost is for a ton of nationally produced beef, or for a ton of tomato, or for a thousand towels or sheets. But if it exceeds the price of importing it, it will be very difficult, for example, for hotels, when tourism reopens, to buy from national producers, if they can buy cheaper from an international supplier of products of the same or better quality.

The devaluation should boost the trend towards international prices and costs, but this requires other conditions of the regulatory environment, which allow/facilitate state-owned enterprises to achieve the necessary microeconomic arrangements/adjustments, at least in the medium term. Otherwise, the domestic enterprise is in a vise. On the one hand, the new costs that the devaluation produces put pressure on it. On the other hand, regulatory restrictions prevent it from using the variables that would allow the adjustment.

Of course, the other mandatory reference is the purchasing power of the population’s income. Thus, transferring the entire devaluation to prices doesn’t seem politically appropriate. Efforts have been made to avoid this, as the officials in charge have explained more than once.

While it tries to avoid a further deterioration of the purchasing power of the population’s income at a maximum limit of the price increase, it has already led to the expansion of the black market, where prices are even higher. A market to which only a minority of the population can have access, which, in turn, contributes to increasing the inequalities that were intended to be avoided with that measure.

The empty stalls of the agricultural markets—all, the state markets and those of supply and demand—are there to call our attention every day. This effect shifts demand towards other products (bread, chicken, etc.), increasing it in an undersupplied market, which once again feeds the black market, which divides the nominal income of the population by more than 24.

Increasing exports, encouraging their substitution, and boosting the domestic market are difficult goals to achieve. Devaluation and associated measures alone will not produce them, even less in the short term. Consistency and alignment with purpose will be required.

Other measures that could contribute to these purposes, both in terms of job offer and supply of goods and services, are also delayed. It seems that small and medium-sized enterprises, non-agricultural cooperatives and the negative list of self-employed jobs, which were waiting for the reorganization task, have returned to their place on the horizon: the line that moves away from us as we get closer to it.

Undoubtedly, much remains to be done in this difficult task of “putting in order the reorganization.”