In addition, with the deaths of three people in the provinces of Havana and Guantánamo, the death toll from COVID-19 now stands at 200. 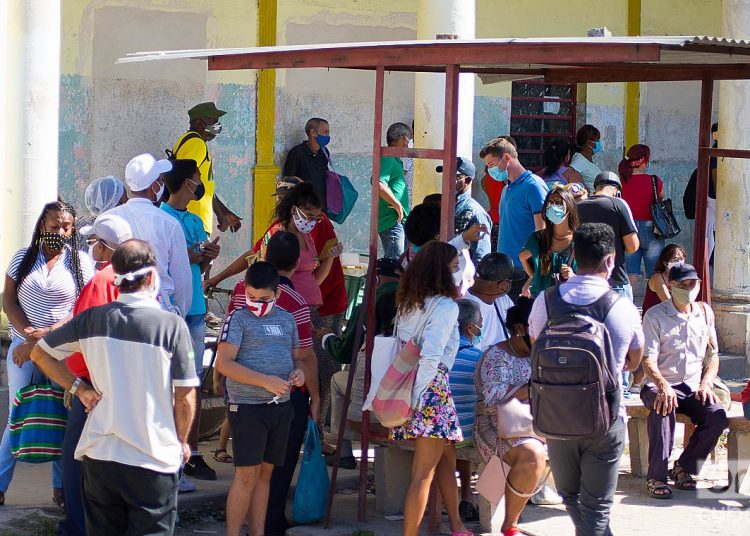 The end of January is looking like its beginning. Today, unfortunately, a record was broken again in Cuba: the new infections reported by the Ministry of Public Health (MINSAP) amounted to 786 and the number of hospitalized people is close to 10,000, after 9,944 were reported until midnight on Monday.

In addition, with the deaths of three people in the provinces of Havana and Guantánamo—two men and one woman, aged between 50 and 61 years—the death toll from COVID-19 now stands at 200

The specificities of these deaths are explained in the report, where it is also noted that 720 of the new diagnoses are due to contacts of confirmed cases, 13 had the source of infection abroad and in 53 individuals the origin of the infection was not yet specified.

Although the number of discharges was noteworthy (669), the aforementioned statistics, together with the total confirmed active cases, which now number 4,668 patients, lead to an alarming situation in some territories more than in others.

Only nine municipalities, between Havana and Guantánamo, concentrate 46% of the incidence of this disease in the last fifteen days, according to Dr. Francisco Durán, who added that these territories also lead the incidence rates in a general sense.

Until midnight on January 25, Havana had diagnosed 344 new infections, between autochthonous and imported cases, and 70 of them in a single municipality: Diez de Octubre. They are followed by Santiago de Cuba (121 cases), Guantánamo (82), Matanzas (48) and Camagüey (44), despite the fact that 14 provinces reported positive cases for the new coronavirus.

Dr. Durán warned once again that “at the first symptom anyone has, they should go to the doctor, because this disease has a sudden evolution,” a criterion supported by the 47 who are currently in intensive care: 16 in critical condition and 31 in serious condition.

Another fact that draws attention is that asymptomatic patients decreased this day to 30.5% among the total, of which 773 were autochthonous.

January has added 10,558 positive cases in the evolution of the pandemic and is about to become the month with the highest number of deaths, a statistic that to date was recorded in April.

The countries that had the highest incidence in imported cases were Russia, Spain, the United States and Haiti, while the 16 foreigners reported on this day came mainly from the Congo, Angola and Bolivia.