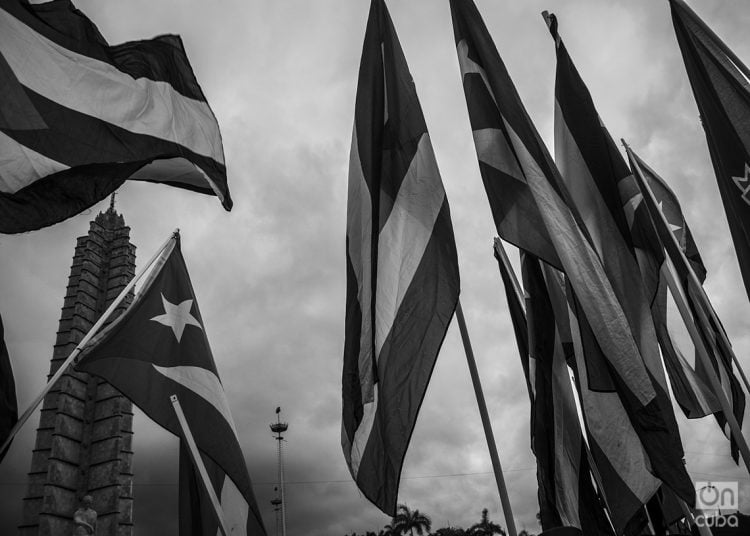 Eleven principles, sixteen key areas and more than 370 measures is, without a doubt, an enormous effort in favor of the purpose of “preparing an Economic and Social Development Strategy, where it is ratified that we cannot continue doing things the same way.” The process of drawing up this group of measures has been one of the most expeditious we have seen. “On May 10, the Prime Minister’s instructions were issued to all the agencies, thus working on the design of the measures… on July 14, the Strategy was presented to the Political Bureau; on July 16, it was approved by the Council of Ministers and, that same day, our people were informed in a general way about its scope and content in the Mesa Redonda television program. Later, a tabloid with the information was published.” The Minister of the Economy recalled this while rendering accounts in the recently concluded session of the National Assembly.

The reasons for the urgency are well known. On the one hand, the delay in putting into practice a group of measures approved several years earlier in the governing documents for the transformation of the national economy and its impact on the country’s economic development, on the other, the profound impact of COVID-19 on our economy and finally, those more than 132 measures that the Trump administration has implemented following the instructions of Marco Rubio.

Undertaking these 370 measures under “normal” conditions is in itself a great challenge; undertaking them under the conditions that the national economy faces today is much more than that. Let’s take a brief look at some of these conditions.

The average annual growth of the gross domestic product since 2015 to the present year barely reaches 0.2%,1 while forecasts estimate the decrease in GDP for 2020 at around -8%. Gross capital formation maintains a 19% participation below the2 and it seems unlikely that it will be able to exceed it in the short term, taking into account the GDP behavior and the impossibility of further reducing consumption.

On the other hand, the allocation of investment resources showed the need for a substantial correction in favor of sectors such as agriculture, the manufacturing and sugar industry, and science and technology. The following graph gives a view of that distribution in recent years. 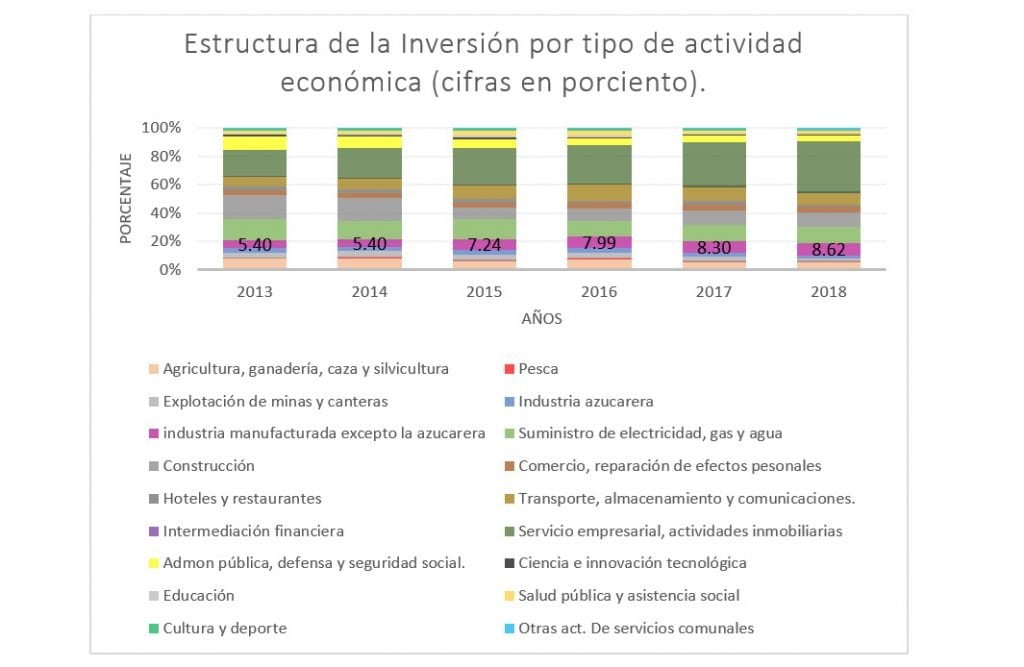 Exploitation of mines and quarries

Supply of electricity, gas and water

Other act. of community services

Meanwhile, the country’s possible sources of external income remain highly compromised. We must also take into account the trends in foreign direct investment (FDI) announced in the recent UNCTAD report.

The specific challenges of structurally weak and vulnerable economies in the attraction of FDI are accentuated by the crisis. Many LDCs are dependent on FDI in extractive industries, many small island developing states (SIDS) on investment in tourism, and landlocked developing countries (LLDCs) are disproportionally affected by supply chain blockage. In 2019, FDI inflows to LDCs declined by 6 per cent to $21 billion, representing 1.4 per cent of global FDI.

The global economic crisis caused by COVID-19 on the one hand, the U.S. blockade on the other and our high dependence on a small group of goods don’t allow us to expect better results than in 2019 in the export of goods, although it is possible to expect a slight recompositing of income from professional services. Nor should a substantial expansion of income from these services be expected.

Meanwhile, the fall in tourism income and a drastic reduction in remittances that may be above 40% have a negative impact on effective demand and the dynamics of both the productive and commercial sectors, and makes the country’s real liquidity more compromised. Similarly, the measures taken by the Trump administration regarding the use of cards issued by Cuban entities also have a negative impact on telephony revenues, which in 2018 exceeded 700 million dollars.

At the same time, Cuba faces a complex situation regarding its debt, which does not originate in the pandemic, but which has undoubtedly become more complex due to its effects on the world economy and on the Cuban one. The unresolved defaults to suppliers and the recent difficulties in honoring the commitments with the Paris Club substantially restrict the country’s ability to maneuver, especially if one takes into account that the country cannot be the object of credit from large international financial institutions.

“The agreement states if Cuba does not meet an annual payment schedule in full within three months of the Oct. 31 deadline, it will be charged 9% late interest for that portion in arrears. Cuba owed an estimated $85 million this year.

“Cuba last reported foreign debt of $18.2 billion in 2016, and experts believe it has risen significantly since then.”

It is with this difficult situation that this group of measures aimed at survival will be undertaken, trying to improve the daily lives of Cuba’s citizens, producing profound structural changes and also profound changes in economic functioning.

If we pay attention to the situation described above, to the fact that the “monetary ordering” will cause a resizing of the state enterprises and of the organizations that belong to the budgeted sector, then the renewed importance that the non-state sector attains in these processes is understood, especially the much-mentioned small and medium-sized enterprise and non-agricultural cooperatives as well as the long-awaited negative list of self-employed jobs, for several years postponed or frozen. It should be remembered that, even when the unemployment rate barely exceeds 1.2%, around 1.2 million Cubans, in conditions to work, do not do so today, an issue that may vary in a scenario of greater openness to the abovementioned sectors.

In short, just in a few hours, an event will again occur on which Cubans, whether they are “here” or “there,” hardly have any influence. However, that event, the election of the President of the United States of America (beware, it is not America and that there is also another United States), has generally had, has and will have, some influence on Cuba and on Cubans here and elsewhere (not just there). For Cuba this event will have better or worse consequences depending on the color in which the oval office is painted, but, regardless of the color that the office at 1600 Pennsylvania Avenue acquires, the change from Trump to Obama shows that Cuba, taking into account its “geographic fatalism,” must beware of repeating one of the worst pandemics that we have suffered historically, excessive external dependence.

Editor´s note: This article was originally published by OnCuba (Spanish version) on November 2, 2020.