The business system, ours, is both the stone and the foot that trips over the rest of the other stones. 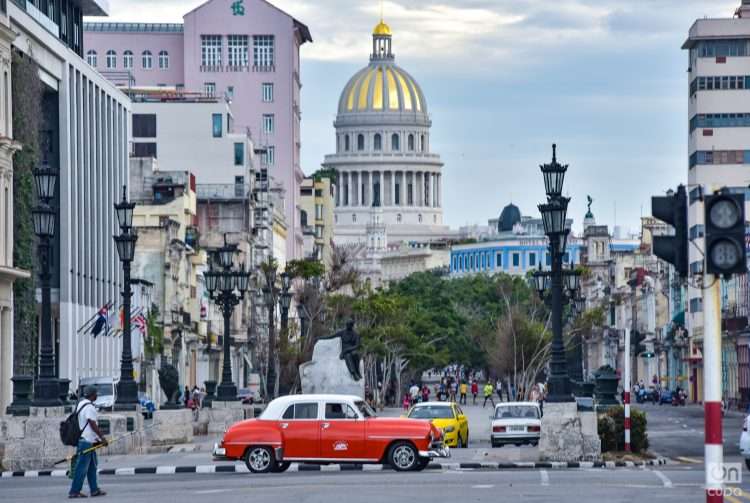 I think the first thing would be to agree on what is meant by “business system,” because for a long time we defined it as one that was made up of state enterprises that were owned by all the people and which were managed by the corresponding ministries, in a vertical and centralized way. Such a system was that set of enterprises whose dependence on the centralized allocation of resources — understood as material, financial and even labor resources — was almost absolute; that they also suffered from another worse dependency: the dependency on the orientations from “above,” that is, on the group of organizations and individuals whose ideas/decisions/indications were not questioned, even when the specific knowledge they had about the activity about which they issued guidance was dangerously close to zero. Complying with what was indicated was the path to success, questioning it was getting dangerously close to the mouth of a “black hole” that could take it to another dimension.

Many things have changed since then and not by chance, but by necessity and also by the political will to want to do it. Today the “Cuban business system” is structured in at least several groups: the socialist state enterprise, the enterprises that in different contractual forms are related to foreign capital — from joint ventures to branches —, the non-state forms of management (small and medium-sized enterprises or MSMEs, self-employment, and even local development projects, and I would also include all cooperatives, agricultural, credit and services, and industrial and services). Compared to just a decade ago, today we can say that the business system has diversified, not only because new members such as MSMEs have been born, but also because others not so new have spaces that they did not have just a decade ago.

That the state enterprise should be that locomotive that drives/drags the rest of the system does not seem debatable as I wish, although today that is far from being a reality. If the enterprises that have in their hands more than 80% of the production of the Gross Domestic Product (GDP) do not manage to operate with the necessary efficiency, with productivity, if they do not manage to respond quickly to the unsatisfied demand, if they do not manage to seize the opportunities that constantly appear both in the domestic and international economy, then it will be very difficult to achieve the stated objectives.

Today we have state enterprises with excessive excess profits even failing to comply with the sales plan, loss-making enterprises, and lost enterprises. If some leadership from that segment of the business system is wanted, first you must clean it up and you must achieve an institutional framework that avoids these things.

It is true that there are obstacles of all kinds, from those that are imposed by external conditions about which little can be done, except having the ability to adapt to them — world crisis, pandemic, blockade and Trump —, to others that are associated with internal faults, to those so-called “resistances” with which we have been dealing for decades and from which it seems that it is not possible to get rid of. For example:

1- State enterprises are all required to use a state foreign trade enterprise to carry out both their exports and imports and/or they need to achieve the “faculty of foreign trade.”

2- State enterprises, all of them, are obliged to wait for the decision of others to be able to materialize a foreign investment project, no matter how good it may be.

3- The state enterprises, none of them, are sure that the national banks that provide them with services pay their debts to foreign creditors or suppliers in a timely manner.

It is true that even today that part constituted by the state business system is the most powerful of the entire system, at least in terms of physical infrastructure and installed production capacity, even though part of that production capacity is rather “theoretical” than “real,” among other things due to the years of accumulated obsolescence, the technological gap, the high energy consumption, the impossibility of accessing supplies, the productive scale, etc. etc.

It is also true that in the last three years more measures have been adopted to “stimulate” the good performance of the state enterprise than ever before. However, exercising the necessary leadership and attracting the rest of the system, pushing and pulling, requires much more.

It requires solving “non-business” issues, it answers questions that remain in the wind, like the dust in that song.

The first of all the questions to be answered remains the same one that has accompanied us for the last fifty years: what should continue to be state-owned within the Cuban business system?

The way in which our socialism is still understood today has led us to conserve, maintain and feed a state business system that is very numerous in terms of the number of enterprises and at the same time not very efficient. Can and should a small State, highly dependent on external conditions that are beyond its control, with very high social commitments, continue to wear down and bury resources in lost enterprises?

To these questions from the economic standpoint others are added, as or more decisive than the previous ones: is there any certainty that the reduction of the state business system guarantees “per se” higher levels of efficiency of the system? Will not the reduction of a substantial part of the state business system have an undesired impact on political balance and control? What are the opportunity costs of doing it and what are the opportunity costs of not doing it? Let’s give up answers, let’s keep that system as it is, let’s pay the costs that this implies.

The truth is that even without resolving such an essential issue, this relationship between state and non-state enterprises is already taking place. Both seek and achieve mutual benefits. Improving the regulatory framework so that these relationships multiply is the task at hand.

Isn’t it necessary to answer the question of who helps whom? Let alone who complements whom? The history of the last three years seems to show that we are all necessary and that finding the least common multiple is still more important than cultivating the greatest common factor.