There are good norms and regulations that get old because “circumstances changed” and they remained unchanged. 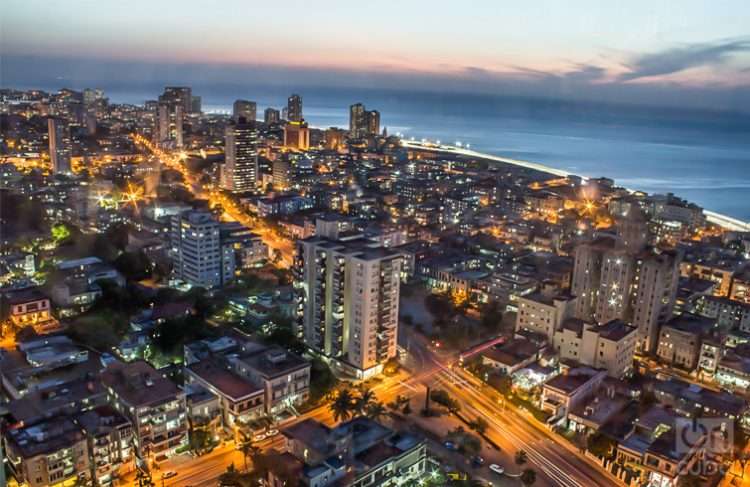 I will repeat something that I have already said in this space: a bad policy has almost always been a good policy that has lasted too long. It happens very frequently, it happens everywhere, in all countries and at all times. The times and dynamics of reality often speed up and make these policies almost obsolete. It happened in Cuba, among others with the dual currency and exchange rate and it seems that it will happen again.

Norms and regulations, what economists call “institutions” or “rules of the game” — where there are also customs, habits, learned culture, traditions, prejudices, interests —, are in charge of allowing, facilitating, adapting those policies so they can serve the purpose for which they were designed. In fact, the norms and regulations are strongly influenced by those habits, interests, learned cultures, prejudices, etc. Sometimes they even come into contradiction with those learned cultures and with those long-standing created interests.

Obviously, a very good policy that later encounters inappropriate norms generally fails and does not serve its purpose. But there are also good norms and regulations that get old because “circumstances changed” and they remained unchanged.

It happens to us again, not only with the “monetary problem” which has in the “galloping” prices and in that large market segment in freely convertible currency its most obvious manifestation, but it also happens with the purpose of attracting and concretizing flows of Foreign Direct Investment (FDI) so necessary for our development aspirations, to be prosperous and to remain socialist.

Until now, Cuba has had three norms that have regulated relations with FDI; Decree Law 50, from 1982, Law 77 from 1995 and Law 118 from 2014. Each of them has been different from the others, but their design had invariants that still remain today. I will mention some of the latter:

It has happened that the circumstances have radically changed, both external and internal.

The world and its economy under a pandemic, still unknown when or how it will end; growing contradictions between the big powers; Latin American economies experiencing very low dynamism, and a substantial decrease in foreign investment flows, both on a global scale and for the Latin American and Caribbean region, are very different realities from those of the 1980s, 1990s and the mid-decade that just ended.

In the case of Cuba, we should add the U.S. blockade reinforced by the Trump administration and maintained by the Biden administration; an economy with negative GDP growth; a small market, with unresolved monetary problems, with an excessively weak export sector, facing a strong balance of payments restriction and with the impossibility of accessing international financial organizations such as the World Bank and the Inter-American Development Bank; which has also defaulted on its commitments to pay the debt renegotiated with the Paris Club.

Although we may exhibit some advantages compared to our neighbors, it seems quite clear that we are at a disadvantage. It is for this reason that we must be much better in promoting and above all in facilitating FDI projects, of all types, of all sizes, from all countries. Undoubtedly the intention and even the occupation in that sense has existed, but the results are not at all what our country needs.

Internal circumstances have also changed and, at least from my perspective, they have changed enough to make the norms and procedures that regulate business with FDI relatively inadequate and obsolete.

The first thing that has happened is that the “actors” have diversified; state enterprises, agricultural cooperatives, non-agricultural cooperatives, local development projects (LDP), micro, small and medium-sized enterprises and self-employed workers. Along with this diversification, there has been a change in their quality; today, together with state enterprises that are required to be dynamic, creative and innovative and are given powers which they never had before, not even on paper, we also have non-state actors that have legal status; and we have others like the LDPs that without having legal status and can also receive funds from multiple origins, at least as it is in the letter of their norm, and can carry out projects with the participation of foreign investment.

It has also happened that provincial governments have been allowed to sponsor FDI projects, something relatively new.

Then these actors can try to build businesses with the participation of foreign capital. This is a new reality not present in 2014. And that reality in some way puts in continuous stress the norms and procedures established for the presentation of projects with FDI. Let me explain, up to here:

Now then, the new circumstances allow these forms of non-state management, insofar as they already have legal status, to have a business with foreign investment. However, these new forms of management do not have a sponsoring body, nor are they obliged to carry out an opportunity or pre-feasibility study, since the business is carried out between two private entities; even less are they obliged to have negotiating directives. They are businesses between private enterprises, the State does not have any responsibility for them, the risk does not have to be covered by the State, as has happened up to now with businesses in which the state-owned enterprise participates.

Although different, in the case of local governments, it happens that their sponsoring capacity is not accompanied by their ability to make a final decision. In this case, for some of the types of international economic association, the president of the local government must send the project file to the ministry of the corresponding branch, there it is sent to the corresponding OSDE that evaluates it, then it passes to the negotiating group of the ministry that issues its report on the viability or not of this project, issues the negotiation directives and the recommendation for approval or non-approval. The file again goes from the ministry to the government and it is then that the government can present it to the MINCEX. And what happened to the purpose of removing obstacles?!

And in the case of a local development project? It must first be accepted by the local government, which is logical and from then on, which path will it take?

Should it follow the same path as that of local government projects?

Could it happen that this project competes with one in particular that the ministry itself wants to promote? Which of the interests involved will prevail? Shouldn’t local governments have their own portfolio of projects with FDI to promote their territory as a destination for good business? Shouldn’t they be the ones who decide at least on investments whose amount does not exceed a certain limit, that are consistent with the municipal development strategy and that do not compromise the national strategy, the country’s security or the environment?

Will it be mandatory for these new actors to hire personnel through a “state employer” and pay for a service that they do not need and can make their products more expensive?

A few days ago, in the “Palabra Precisa” TV program, where the new Family Code was analyzed and which must be submitted for approval by the entire Cuban people, one of the specialists stated that this new Code was a mirror of the reality that our country and our families are living.

Well then, in the case of the norms for business with FDI, the mirror needs to work.

1 Later with Law 118, agricultural cooperatives were also admitted, but always under the “umbrella” of a state enterprise and the corresponding ministry.

2 The excessive centralization and discretion of the procedures is an example of this.