How to solve and eliminate the structural problems that limit the Cuban economy’s development? 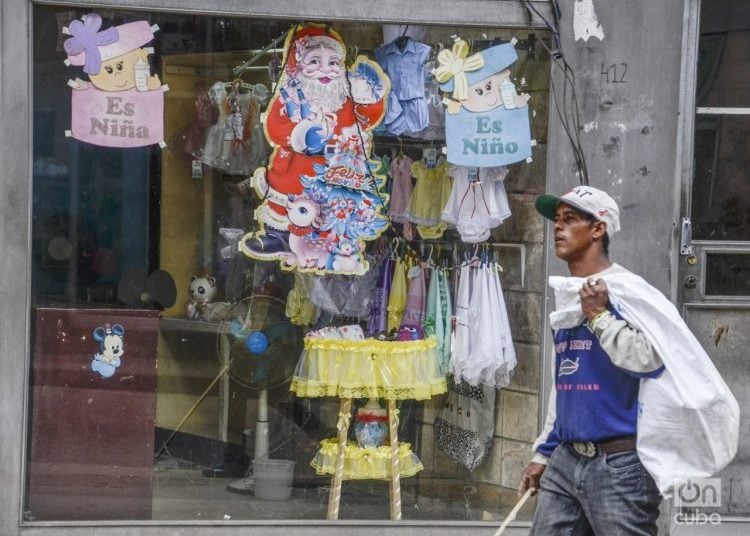 The Cuban government recently ratified the Socialist State Enterprise as the main actor in the Cuban economy. This was endorsed in Decree Law 34/2021 published in the Gaceta Oficial of May 7 on the Cuban State Business System.

After more than 60 years without finding the path for Cuban business efficiency, the island’s government insists on perpetuating an obsolete economic structure that has been excluded or even reduced in the economies of the few countries that declare themselves socialist in the world: China and Vietnam specifically.

For several years, especially after the fall of the socialist camp in Europe, the managers of the Cuban government have been trying to find the way without having resolved the fundamental problems, in my opinion, of the Cuban economy, apart from the U.S. blockade. Some of these problems are: the technological obsolescence of the Cuban industry; the eminently agricultural base of the economy that has not even solved the problem of basic food for the population; the lack of access to financing sources and markets; the divorce from international standards for Cuban products and services; the little knowledge of the demands of the domestic and international market; the commercial imbalance of the country; the growing public debt; inflation and the increase in social spending, among others.

These factors depend only in part on the real and objective impact of the U.S. economic and financial blockade on the island. To a large extent, they are the result of the inefficiency and lack of definition of an economic model for which efforts have made to adapt it to the conditions of Cuba, but which has not taken into account the functioning of the world economy for its design and implementation.

With the implementation of the so-called Task of Reorganization in January 2021, these and other shortcomings and weaknesses of the Cuban economic and business system were exposed. In this framework, some technocrats and officials of the island’s state sector have begun to enunciate new pretexts to justify the economic inefficiency that is added to the impact of the blockade. The prolongation of the COVID-19 pandemic for more than a year and a half and the elimination of important sources of income for the country’s economy, such as tourism, have been framed by the official Cuban discourse as the responsibility of the crisis, and brought to bear, in fact, the vulnerabilities of the Cuban economic machinery.

Recently, in this same space, Professor Juan Triana Cordoví commented on it in his article “Las quinientas y los dueños.” 500 Cuban enterprises, all classified as “Socialist State Enterprises,” have announced losses in their economic results so far this year. The news might seem inconsequential, says Professor Triana Cordoví, for any economy, but for the island’s economy, the deficit data have serious impacts.

The question would be: Would this same number of enterprises have reported losses if the pandemic had not occurred? My answer is that a good part of them would have done it in the same way because the problems, more than circumstantial, are structural.

“The socialist state enterprise is the main subject of the national economy; has autonomy in its administration and management; it plays the main role in the production of goods and services, and fulfills its social responsibilities, as established in the Constitution of the Republic,” says Article 20.1 of the aforementioned Decree-Law. The latent questioning in the face of this protagonist framework of the Cuban Magna Carta is how the Socialist State Enterprises could in fact play a central role in the economy if the decree itself, in its instrumental nature, does not first deal with solving the structural problems listed here, which are ultimately the “root” evil.

The new approved legislation, a nod to the much-demanded “Law on Enterprises” that has been lacking for so long in the Cuban economic model, legitimizes other economic actors that, far from simplifying, further complicate the Cuban business network and its already complex interrelationships.

With the Decree, a new character is introduced: the Subsidiary Enterprises, an improved version, but equally biased due to lack of attributions and the rest of the aforementioned problems, of the current Base Business Units (UEB), which will continue to depend on the old inefficiency at all levels.

Recently, there has also been a lot of talk about Small and Medium-size Enterprises (SMEs) as a magic formula to solve the economic problems that lie in the structure of the Cuban model.

The SME formula has been more than proven in all the economies of the world since the beginning of the 20th century. Today they represent between 50% of the contribution to the Gross Domestic Product (GDP) in global economies and between 60 and 70% of employment, including that of the United States, China or Spain, just to cite three examples. In some annual reports of international organizations such as the International Monetary Fund, the World Bank and the United Nations, they are recognized for their high contribution to the development of the world economy. Therefore, it is not a Cuban discovery.

In Cuba, much has been said about the subject and the expectation has been created through official rhetoric, but although the legislation that regulates its existence, operation and powers was recently approved, its content is not yet known.

State Socialist Enterprise, Higher Organizations of Business Management, Budgeted Units, Mercantile Societies with 100% Cuban capital, Cooperative Enterprises (in its three variants), Base Business Units; Subsidiaries, Micro Enterprises, Small Enterprises, Medium-size Enterprises and self-employed workers. Too many “actors” for the same scenario, further complicated by the burdens accumulated over the years, and the most important thing is not discussed: how to solve and eliminate the structural problems that limit the Cuban economy’s development.

The 2019 Statistical Yearbook of Cuba recognizes that there are 617,000 self-employed workers in Cuba, a euphemism with which the island’s authorities refer to private workers. Professor Triana Cordoví himself in the aforementioned article draws up his own accounts with the authority allowed by his teaching in economic matters. If the productive forces of this figure are truly released, 3,000 new private enterprises can be born in Cuba that will surely mobilize the economy and its efficiency. And I’m not talking about neoliberalism or privatizing the economy; nor about renouncing the social programs that the Cuban socialist model has promoted, and tried to preserve.

In my opinion, however, state hegemony should be restricted only to strategic sectors of the economy, say defense, large industries, public health, education, among others, all high consumers of financial resources. And where are these resources going to come from? The tax system that is organized in the country, as is the case all over the world.

With the so-called Task of Reorganization, other structural problems have arisen that are very risky for the future of the country and its economy and that the authorities do not know how to control. One of them: dollarization. No one is questioning whether or not it was time to eliminate the dual currency and exchange rate in the midst of a deep crisis aggravated by the pandemic. What all Cubans do question is the new contradiction that has been introduced with the expansion of sales in freely convertible currency that the authorities announced as a “temporary measure” to collect circulating currency at the base and to obtain resources that would make it possible to supply food markets. In principle, its management would be oriented only for the sale of products that are not essential but today they also cover essential products.

The structural problem is simple. How could farmers pay for agricultural equipment in freely convertible currency when the State pays them for their productions in CUP? Where do these farmers acquire convertible currency to carry out these operations? It is said that it comes from their exports, even when the Ministry of Foreign Trade (MINCEX) itself recognized last April that of the 1,756 contracts that the “Non-State forms of Management” had signed with the enterprises authorized by the government to carry out these operations, only 87 contracts were for export purposes. It is the old formula of what came first, the chicken or the egg, but it is a problem that must be solved and that, in my opinion, will only be solved by giving true autonomy to enterprises, especially those that are created with private capital such as small or medium-sized enterprises.

It is true that Cuba is changing. There has been a generational change in political and economic leadership, which will have a transitory period. The impact of the blockade is evident and since the 1990s there have been socio-demographic transformations in the country that, indisputably, have modified the scenarios and behavior of the average Cuban, but in my opinion, everything must be done faster and deeper so that Cuba can develop its economy in today’s world.

The world has changed and Cuba has to do so too. Pretending to be in a glass urn, renegotiating again and again with the Paris Club and other creditors the increasingly growing public debt of the country or living off barter with the friend on duty, is not the future that Cubans expect, on each side of the border, inclusive. This is the great reality.