Americans should ask: Is it right, and is it in our national interest to “strangle” Cuba’s economy? 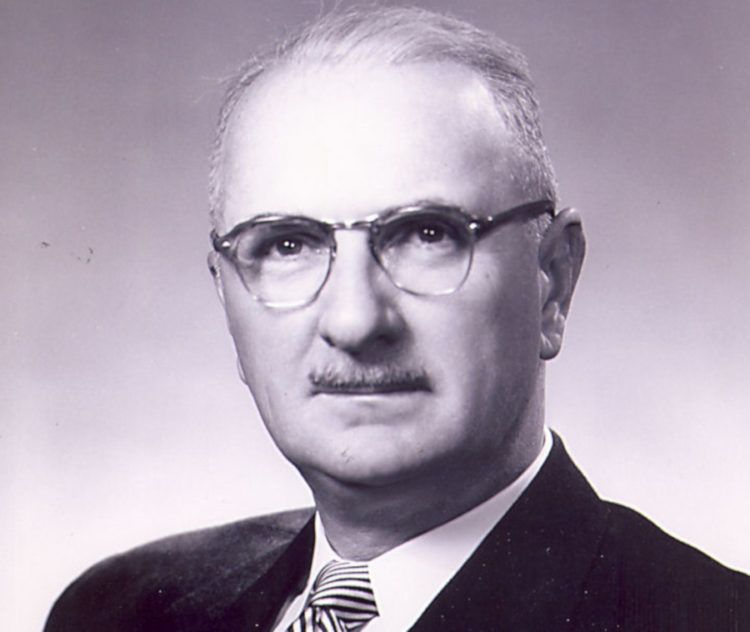 When U.S. diplomat Lester Mallory wrote a Cuba strategy memorandum in April 1960, little did he know that it would become an enduring favorite of Cubans in the offices surrounding Havana’s Plaza de la Revolución for generations to come.

His crisp memo to the State Department’s Latin America chief was titled, “The Decline and Fall of Castro.” Cuba’s communists love the memo, and today it is cited almost monthly in Granma because it validates their arguments about the U.S. embargo.

Mallory argued that economic pressures were necessary because there was “no effective political opposition” to the Castro government, then 16 months old. The key was to inflict pain on the Cuban people: Mallory wrote that the United States needed to “weaken the economic life of Cuba…to decrease monetary and real wages, to bring about hunger, desperation and overthrow of government.”

Are Cuban officials and commentators crazy to dwell on a 1960 memo? Well, the embargo is still in place, and Mallory’s ideas are very much alive today despite six decades of failure in practice.

Look at recent history: In 1992, to Washington’s surprise, Cuba’s government had survived the fall of the Soviet bloc. So Congress enacted a law to cut off trade with foreign subsidiaries of U.S. companies and, in the words of its author Representative Robert Torricelli, to “put the hammer down” on Fidel Castro.

Four years later with Castro still there, the Helms-Burton law declared that foreign investment in Cuba “undermines the foreign policy of the United States…at a time when the Castro regime has proven to be vulnerable to international economic pressure.” As this law was debated, Members of Congress declared Cuba’s government to be “teetering on the brink” and “on life support” and Fidel Castro “on his last legs.” Representative Ben Gilman of New York said the law would “bring an early end to the Castro regime by cutting off capital that keeps it afloat.” It didn’t work.

Today, a quarter-century later, an anonymous Trump official tells the Washington Examiner that the Administration plans to “financially strangle the Cuban regime.” Senator Marco Rubio adds that newly activated sanctions under Title III of the Helms-Burton law will attack tourism investments and affect Cuba’s financial “lifeblood.” “That and remittances,” he said, “is how they generate all their hard currency.”

“Strangle” and “lifeblood” are words to be taken seriously, as a full pressure-cooker strategy seems to be forming.

One part involves harder sanctions against Cuba, beginning apparently with additional Title III sanctions intended to use property claimants’ lawsuits to deter foreign investment in Cuba. The threat of this action is already affecting international banking transactions connected to Cuba.

Another part, unannounced, tells Cubans not to see emigration to the United States as the solution to their problems. Hence the visa line at the U.S. Embassy in Havana is virtually closed, multiple-entry visitor visas are discontinued, and no one has lifted a finger to restore the open-door immigration policy for Cubans that President Obama ended.

The Cuba moves are but one example of the Trump Administration’s use of sanctions to change behavior or provoke regime change. Venezuela, already battered by the chavista economic catastrophe, now endures sanctions that Washington hopes will end the government of Nicolás Maduro. Sanctions against Iran seem to have the same objective, in spite of Iran’s  continued compliance with the nuclear agreement that President Trump abandoned. North Korea faces a “maximum pressure” U.S. sanctions policy, but also enjoys a warm dialogue because, as the White House press secretary explains, “President Trump likes Chairman Kim.”

President Trump does not like Cuba’s leaders, nor have they shown any inclination to engage in the abject flattery that he enjoys and that has won Kim Jong Un so much time and room to maneuver. Moreover, in the President’s mind, Cuba and Venezuela are connected to Florida votes, even if he exaggerates their numbers.

As a result, Cuba likely faces greater sanctions and hardships ahead. Even before the current crisis, Cuba was adjusting to the decline of Venezuelan support. A redoubled search is on for new international partners. The completion of Cuba’s own economic reforms takes on ever-greater urgency because despite external harms to Cuba’s economy, Cuba has a long list of actions it can take on its own to improve it.

Americans should ask: Is it right, and is it in our national interest to “strangle” Cuba’s economy? If Mallory were still with us, he would greet reports of economic misery in Cuba as victories – but should we?

Each new round of economic sanctions will surely be described as directed “against the regime” as opposed to the Cuban people – but sanctions that squeeze an economy inevitably harm the people who live in it. Cuba’s government alone is responsible for its economic policies, but our sanctions and their impact imply responsibility too.

Action by Congress, events in Venezuela, or a change of heart by President Trump could move the Administration off the course that seems to be set. However, the 2020 election holds greater promise, when Americans vote on this and many other questions.

In the meantime, more than one million Americans are visiting Cuba each year, a U.S.-Cuban business venture is seeking cancer remedies, our musicians tour each others’ countries, our environmental scientists collaborate, our universities remain connected, and our farmers look for ways to work together. One might say that many on both sides of the straits, even in hard times, are working now on the next normalization.