It is in civil society where political consensus becomes effective and takes place, and where the conditions for change are actually generated.

rafael_hernandez
in In plain words
0 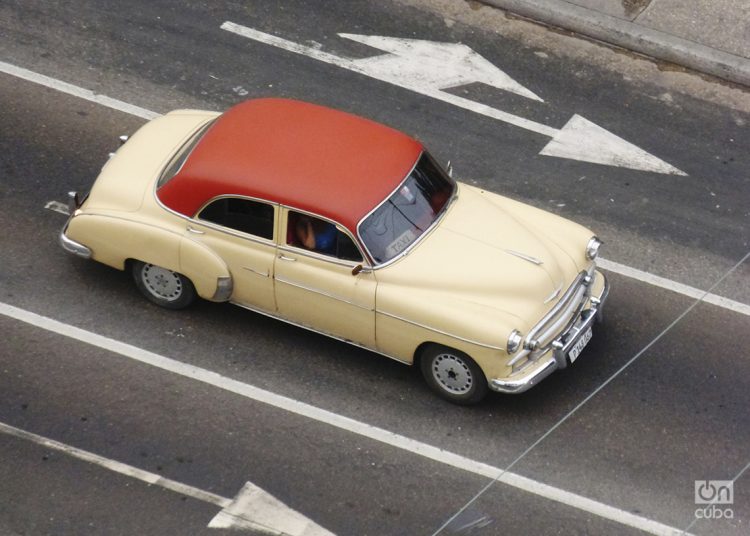 We are political animals, according to Aristotle and a friend of mine. The Greek based his argument on the fact that, unlike other beasts, we humans speak. My friend says that social networks are the eminent expression of our capacity for communicative political action. I don’t deny that both are right, but they are lacking a bit.

Appreciating the nature of consensus requires going beyond reasoning about the public sphere and the circulation of discourses; as well as the network of precepts that articulate rights such as freedom of expression, demonstration, assembly, association. Consensus is defined in the eminent field of politics.

When Hanna Arendt said that the first of human rights, above freedom and justice, was “the right to have rights,” she was inspired by the atrocious experience of the mass of refugees from World War II, in particular, German Jews like her, who had been left without citizenship, because they did not have a state that recognized them. That vision of hers, aimed at rescuing the dignity and rights of refugees, represented the human as an immanent condition of life, prior to politics. Hence arose the so-called aporia or paradox of human rights, which philosophy and political sociology have then intensively debated.

In effect, imagining a demand for humanity, which can be expressed in a speech of protest against injustice and suffering, as an entity separable from the political condition implies an exercise in abstraction. The human in the struggle for rights is not a prior condition, depoliticized, but acquires meaning with respect to a specific political order, since it aims to enforce equality between those who directly intervene in politics and those who participate in it, or complain of not being able to participate, from their condition as citizens. Whether it is an action that puts to the test that order (reaffirming it on its own terms and demanding consequence from it) or that rebels against it (challenging it and openly refusing to abide by it, be it violently or not), it is the political field that gives it social meaning, that is, human. Constructing human rights and their distributed extension as pre-existing to the social process and to the political field turn them into a vision, which I am almost tempted to call metaphysical. I say almost.

Elsewhere, I have argued the political condition of civil society, and the limited way of explaining Cuban politics constrained to the power of the State and the discourses of the leaders, as a floating sphere over real society, or as an implementation of a network of rules and laws, however fundamental they may be.

Politics and the political are not confused, neither here nor anywhere, with that institutional or instrumental set, nor can they be fully understood as a bubble of powers and dispositions, but rather in their implantation in civil society, where political consensus becomes effective and takes place, and where the conditions for change are actually generated.

The Cuban Revolution produced an instant consensus. Not only, not primarily, because it issued laws pending since the 1940 Constitution, but because it established a radically new political field, which broadened the participatory space of citizens on an enormous scale, which radically transformed the public sphere. In this political field, since the beginning, the parties of the old regime became illegal, and the new state confiscated properties of Batista followers and corrupt people, such as the Díaz-Balart, redistributed private lands among poor farmers, imposed limits on large properties, prices for the basic food basket and rents, and nationalized private companies due to public utility. In this public sphere, the conservative press was closed between 1959 and early 1960.

Despite everything, those times were more democratic (in terms of citizen participation and transformation of the established political culture in favor of the poorest) than ever before. That renewed political culture was expressed in a key phrase: “We have made a Revolution greater than ourselves.”

That Revolution, which was not owned by anyone nor was incarnated in a particular institution or organization, had reconstituted the horizon of the nation, and had made it possible for the damned of the earth to fit within its confines, who in the truth of the previous life had been rather left out. By doing so, and by putting social justice and freedom, against Arendt’s advocacy, above all else, had restricted the rights of the privileged. Like all previous revolutions and probably with much less human and material cost than any. Still, it restricted them.

For that to happen, a revolutionary power was required, of course, which an old friend has recently called “the eye of the canary,” capable of establishing itself thoroughly in civil society, that is, of fostering an unusual consensus, inaugurated with the punishment of the criminals of the dictatorship, in January 1959. To verify this, suffice it to review the press of the time, that of that period that has continued to be called “agrarian-anti-imperialist,” in a terminology that the French call language of the stick.

The consensus of the Revolution was implanted in a lived experience, linked to participatory action, and not merely ideological or discursive, as understood by professors of the history of ideas. Of course, this political activity of the people transformed imagination and language, but it did so while it was deployed in real social relations, and it was played out not only in public spaces, but also in labor relations and massive access to employment, schools, the institutions of the privileged, in the unions and other organizations, as well as in family and neighborhood life, the relations between different generations, white and black, women and men, people from the countryside and the city. In other words, in what civil society really is.

Yes, because in time the concept of civil society became contaminated with the ideological discourse of the cold war. The collapse of the Wall and the Stalinist regimes in Eastern Europe bequeathed us a spurious notion, projected by dissident groups, unions and anti-communist churches, among other visible protagonists of that collapse, which today supplants the concept, typical of enlightened and revolutionary thought, with a rather banal image, where it is reduced to the private or subversive. To the point that a professor of ideology once said: “They want to land us here with civil society.”

Naturally, that society that had just discovered participation, where the nation and democracy were confused with the process itself, led by a vanguard and a doctrine that demanded from each citizen a commitment to political action and liberating transformation, was left behind.

The political avant-garde, which embodied the “eye of the canary” and its enormous intellectual influence on the visions and concepts of a culture subjected to the intense debates of the time, replicated not only in artistic and literary production, is not the same either, but in the beliefs and the real behavior of the people, that is to say, in the political culture. “The special confidence that the people grant to the founding leader of a revolution is not passed on as if it were an inheritance to those who will occupy the main leadership positions of the country in the future,” said Raúl Castro, when he was still vice president.

However, examining the requirements of that avant-garde, beyond its genius and charismatic gifts, or the unique condition of that circumstance, is useful to identify as of today the political capacity to build consensus.

It is worth remembering that this capacity was exercised then in the midst of a political antagonism and social polarization that escalated by the day, manifested not only in the ideological debate, but in the real war underway, which little compares with the rumpus of the networks and the symbolic confrontation that some today call a kind of war.

If it is about building consensus, among the characteristics of that leadership, I can think of a handful, which I point out in no order of priority.

One of them is the convocation that goes beyond the sphere of the convinced people, through an advocacy that seeks to include everyone who is not irretrievably against. Nothing that the Revolution proposed or built has been the work of revolutionaries alone. None of the conquests of socialism belongs exclusively to the socialists. Recognizing it like this is not a nice or magnanimous gesture, but the very meaning of a policy that claims to represent the Nation. There is the detail, Mario Moreno would say.

Another characteristic is the ability to convince and get recognition and support, that is, followers, motivated by the new, by diverse interests, their own and others, but above all by the expectation of the new, which makes no sense if it is not because it will be better. Incomparably better.

Then, to interact with the inherited culture, to deal with tradition, but innovating it in a creative way, without forced transplants. A political dialogue with the past cannot be taken for a history book, but if it is original, instead of a chant of platitudes and clichés, it makes history part of the present. Because history as ephemeris, or as a history of ideas, before or after 1959, is nothing more than a boring dissertation. And false.

The Revolution can only be thought forward. This implies reinterpreting the past to interpret the present, and imagining the future, but not looking at it in the rear-view mirror. Nothing from before is more important. Replacing lack of imagination with technocratic reason, as promising and rigorous as it may seem, is a futile effort to build consensus and represent that future. Revolutionary reason did not build the future as a distant moment, but as something that could be touched with the hand. The fight for a more just and fulfilling life was not on a trip to another galaxy. Or not for long.

New values ​​are not an end in itself, which politics can manufacture, but are derived from social practice. Without participation there is no belonging, and without belonging, new values ​​are an abstraction, limited to tracing the past, or rather, the spectrum of the past. Let’s say, the image of a torch that others lit, and that is carried forward, by a route already traced by the ancestors, as in the Old Testament. In the sense of promoting values, the political meaning of this torch lies in making it according to the times, lighting it and running with it in a different way, and along routes that will be discovered.

Last, but not least, the success or frustration of a consensus-building policy depends on a key ingredient: imagination, without which there is no revolutionary policy. Neither economic policy, by the way.

In the end, what the heck is the consensus? The opposite of dissent? Of dissent? What use is all this historical evocation of distant times to understand what is happening to consensus right now? How is this past and leadership styles related to the characteristics and conditions of reproduction of the political culture in Cuba? With plain politics? How many problem areas could we distinguish in that interaction? I can think of seven, which I will deal with in the next text.