With what specific political action or project does the range of the current Cuban left identify? 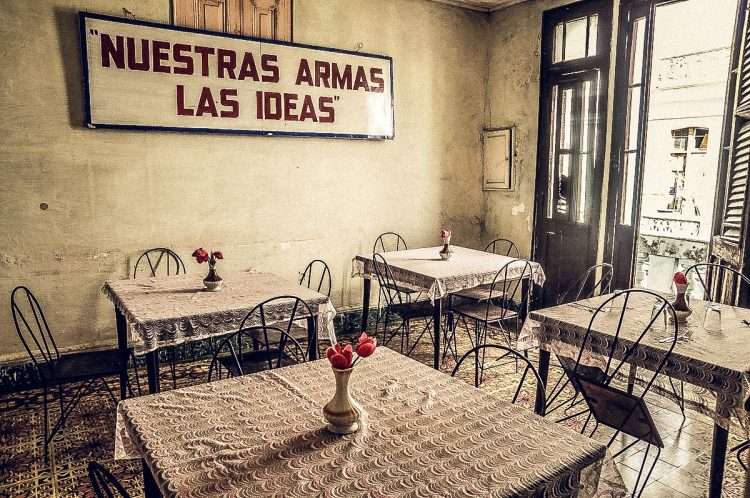 When I recalled the debates of the 1960s around the teaching of Marxism, I don’t know if I made it clear that its central and almost sole object, what was at the bottom and on the surface of those disquisitions about how and what was taught, was the question of a theory of socialism. The orthodox thought that this theory was already constituted science, according to the experience of the Russian revolution, its predecessors and strategists. The heterodox defended that this European science had to be grafted here, according to the course of the Cuban revolutionary experience, and of its loyal knowledge and understanding, which as such did not detract, neither practically nor ideologically, from that one over there.

For the latter, it was about thinking about our revolution in their own terms and based on their path of breaking dogmas about how, when and where to do it according to “objective and subjective conditions,” as it was said then. The question of what and how much of this revolutionary science was applied to our political experience entailed studying and mastering its theoretical and practical sources, not only declaring that, since we were different and different from the Russians, we had only to listen well, read and apply Fidel Castro, Che Guevara and the other leaders, which would be enough to unravel the dilemmas of destroying, and above all, of building a social order from top to bottom.

In that context, those intellectuals of Marxism were there to contribute with their studies to enrich the theory of socialism, so that it would serve other countries like Cuba, and to systematize the thought and experience of the struggle and the construction of a new society, to guide ours. Almost nothing.

Naturally, to what extent they were able to do so was not what gave them their status as intellectual leftists, neither to them nor to the orthodox, but the fact that they were working within a real political process, with which they were articulated through what one of them called “the exercise of thinking.” It was a political action that acquired meaning in the context of the problems and challenges that the country faced, inside and outside. Their intellectual hallmarks, sources, currents, authors, were not confined to university philosophy programs, but included the interpreters, thinkers and leaders of the revolution as a phenomenon of the contemporary world. As one of the main intellectuals of that time said, the Cuban Revolution was linked to Marx where he had gone from science to political action, since “Marxism is present in the events of the Cuban Revolution, regardless of whether its leaders profess it or fully know it, from a theoretical point of view.”1

Going back to the questions I proposed at the end of the previous article, I would say that some differences separate the intellectual left of the 1960s and the current one.

As I stressed, this was a politically involved left. In many cases, they had been members of the precursor revolutionary organizations, or were members of the Party or aspired to be. But the militant condition went far beyond that membership. To understand that involvement, one must understand the complexity of the political process called the Revolution.

A few days ago, a friend noted that Lezama and Mañach made their spontaneous empathy with the July 26 Movement part of their attitude as public intellectuals. It probably wouldn’t have occurred to them to do it for another political party, no matter how patriotic or upright it might be. And it is that the meaning of that gesture cannot be read apart from the civic and moral cause that inspired it. Identifying oneself with emancipation and justice was not the same as adhering to an organization, but rather assuming a different attitude in the face of a different political action because of its meaning.

So that writers, artists, teachers and journalists, whether or not they were from the left (neither Lezama nor Mañach were), made their position towards the revolution an attitude characteristic of their condition as public intellectuals. In a context where, in addition, millions of Cubans did it their own way, claiming a citizen condition that was not worth so much for its mere legal connotation, as for representing an experience of political participation unknown to the majority.

In the midst of that Cuba in revolution, the intellectual left was not only, by the way, made up of intellectuals like those previously mentioned. So were the doctors who went to rural service, the students who marched to teach people to read and write, the playwrights who climbed the hills in search of other spectators, and even the university students who interrupted their careers to join the rocket-launching troops. Although the vast majority were not members of any organization, their attitude was a necessary and sufficient condition for a militant left.

Of course, the vanguard condition in the field of culture and thought has not been derived, neither then nor now, from belonging to the Communist Party of Cuba (PCC) or holding a position, but from recognition for their merits and authority in that field. Before I explained that, more than a record of alignment or a title awarded, belonging to the Party meant then a recognition that people earned, or that they fought to earn. But in any case, that left went beyond that organic belonging, and identified with an alignment with respect to the Revolution, which, as its maximum leader once recognized, was much “bigger” than the leadership or than the group of revolutionaries themselves.

To understand the political dynamics of that intellectual left, it is also worth noting that the intellectuals were everywhere, also within power. The political reflexes of those who were inside and those who were outside did not differ much. So the previously alternative alignments, such as those that then provoked controversies in the field of culture or the economy, involved both.

What particular features distinguish that Cuban left and its intellectuals today?

If the leadership of Fidel Castro aligned orthodox and heterodox behind a common, unitary line, linked to “the defense of the Revolution,” with what concrete action or political project does the range of the current Cuban left identify?

In other words, if, as Bourdieu says, a political left is defined by being oriented towards “an effectively instituted critical attitude,” how is the current Cuban one instituted? What manifestations and actions define it as such, in addition to its self-identification? What politically marks its condition as a left, beyond its ideological discourse? Is there an identity mark in a certain shared doctrine? Is its object to contribute to renew a theory of socialism as it was for the past present?

Even reduced to the fringe of heterodoxy, the differences between the left of the 1960s and the left today are still appreciable. Let’s say, what was then assumed as political identification with the Revolution would today be seen as obedience? Where those heterodox of the 1960s were “organic and disciplined,” those of today are “independent and libertarian”? Where those “submitted,” these “dissent”? What beliefs and convictions link them, if any?

Indeed, if, as we have seen, the left and the PCC have not been identical point by point in the past, what are the currents into which the Cuban left is subdivided today aligned with? Is the attitude towards the leadership a mark of identity or differentiation? Even if it were admitted that a left that criticizes the government and its policies is part of Fidel Castro’s legacy, could the same be said of a segment of that left that, except for its rejection of U.S. policy, does not recognize itself in the PCC mirror?

If it is recorded as a fact that within the new landscape created by the transition there appears both an opposition to the PCC from the right (“the counterrevolution”) and from a segment of the left, are there points of tangency between the two? What are their differences in the concrete political field of conflicting forces?

In the past, the basic coincidence with the leadership and its policies were a premise of leftist militancy, even apart from membership in the PCC. Today, its attitude as left-wing, its independence and ideological identity, is it defined to a greater extent by criticizing the anti-socialist opposition or by questioning official policies? Why both, in even measure; or rather one of the two?

Finally, it would be necessary to take a step back to ask if everything that is manifested in the public sphere, in ideological or critical thinking terms, is leftist. To what extent can what the snipers, who swarm the networks of one side or the other, do be considered political action? The underlying question would be whether, beyond what they reject or abhor, are they associable to a particular political project?

Rereading this string of questions, it occurs to me that those referred to could be ready to answer them. If you dare to collaborate with my next text, I’m here waiting for you. I’m all ears.