The Zone and the economic line of foreign investment in Cuba have an outstanding debt with the development of the country. 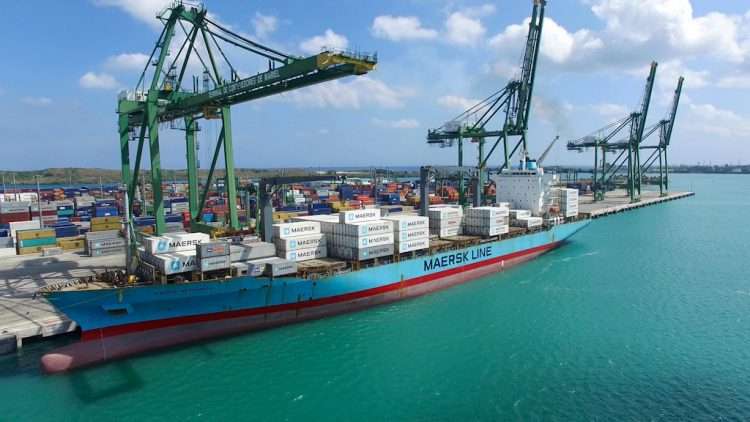 The Mariel Special Development Zone (ZEDM), created in 2013, was the first and only one of its kind in the country. Projected to become the locomotive of foreign investment and the national economy, nine years after its emergence, it is far from what could have been expected and, even worse, from what is needed.

Although it is true that since its creation, Cuba has attracted more foreign investment than in previous times, the figures released after the country’s top leadership’s July 2022 tour of the area are not enough for complacency.

The annual flow of foreign investment that has been estimated as necessary for it to boost the growth of the island’s GDP (gross domestic product) is between 2 and 2.5 billion dollars.

As a consequence, Cuba needed the ZEDM to be able to attract close to 20 billion in investment in its nine years of existence. What has been achieved, however, is only the execution of one billion dollars of a committed investment of just over 3 billion.

And not only in terms of income has it fallen short of expectations. The number of businesses operating in the area shows very modest progress in all this time: of the 62 approved, only 36 are in operation. In nine years, the materialization of 36 businesses as a total figure is equivalent to the limited average of just four per year.

The Zone has existed for almost a year. In economic terms, the aforementioned constitutes a sufficient period to evaluate the fulfillment of specific objectives and advances. However, beyond the raw figures, the real impact of this enclave on the island’s economy is unknown. Although the perception shared by Cubans is that, in practice, the results are not seen.

On the other hand, the figure for the mega investment that has materialized in the place until July 2022 is noticeable, which amounts to about 4.173 billion pesos, according to statements by Osvaldo Bravo Borrego, general director of the Engineering Services Enterprise of the Mariel Projects Comprehensive Department.

Although it has been reported that basic and complementary infrastructures (roads, railways, hydraulic, electrical, and communications networks) were built with this money, and “349 homes were built for people who had to relocate due to the need for the investment process and workers from the Zone itself” — in the words of the official —, it is a considerable figure.

Of course, the magnitude of the number can be understood in relation to the projected benefits, since the Zone should attract investment in the production of goods and services, boost industrial concentration in favor of import substitution, promote exports and create new sources of employment.

In terms of income, the meeting of these objectives had to guarantee the return of the millions placed there, plus the profits. After almost a decade, what was projected and what was invested are still pending.

The ZEDM’s fate is debated between “pros” and “cons”

The ZEDM is a megaproject with real advantages. It is an area of ​​465.4 km² just to the north of the province of Artemisa and just 45 km west of the capital city, which also has a privileged geographical position in the region, being located at the crossroads of the main routes of maritime merchandise traffic in the Western Hemisphere.

As a special economic zone, it has its benefits. One of the most relevant is its Single Window designed for the authorization, with greater agility, of investments.

Additionally, it has a favorable tax regime in relation to the general regime, which implies a slightly lower quota, and export privileges with exemption from the payment of customs duties.

The Council of Ministers itself can authorize the investment of companies with 100% foreign capital there (although it is not an exclusive element of the Zone, since there may also be investments in the rest of the country). And the goods and services generated there can be marketed with all legal entities established in Cuba — within or outside Mariel.

Thanks to these prerogatives, until July of this year, projects from 11 multinationals and 21 countries have been approved there and more than 15,000 jobs have been generated. This allows us to suppose that if it grew at a faster rate, this enclave could multiply its figures exponentially.

But this has not been achieved. To a great extent because the factors that limit the advance of the area still prevail over the potentialities. And these factors are several.

As Osvaldo Bravo Borrego acknowledged at the end of 2021, the preparation of investments is still “the main dissatisfaction.” But not the only one.

And for those who are evaluating doing business in the Zone, the need for an “express authorization for any type of investment” and “currency transfer” is also deterring; and the maintenance of the concept of “investment term,” which is nothing more than an expiration term of the same that generates uncertainty in its renewal.

Also unfavorable are the restrictions on the free regulation of prices and markets; the “very limited” consumption capacity of the domestic market and the obligatory mediation of “a state employer entity for the hiring of workers.”

The combination of all the above, fundamentally, translates into a slow pace in the realization of new projects. And as if this were not enough, the development of those already approved is delayed more than is reasonable, largely due to the national bureaucracy.

As a background, the activation of Title III of the Helms-Burton Act in 2019 and the intensification of the trade embargo accentuate the uncertainty for direct investment on the island.

And all this in the midst of a highly competitive environment, since the Zone is inserted in a map “with more than 500 similar enclaves in Latin America and the Caribbean,” as explained by Ana Teresa Igarza Martínez, its general director; where only efficient operation could guarantee its chances of success within the region.

The ZEDM and foreign investment: “if we are the same thing”

Foreign investment is one of the island’s best alternatives for foreign exchange earnings. However, after decades on this path — in which some progress has been made — achievements are still pending in this area to catapult, as has been recognized as necessary, the national economy.

In Cuba, foreign investment began at the end of the distant 1980s. It was then an essential way out of the economic situation, which had a greater boost in the 1990s with Law 77/1995.

The 1995 regulation was advanced in its drafting but limited in its implementation. Although the theory protected investments in all sectors with the exception of health, education, and defense, the implementation excluded other wide-ranging ones such as retail trade. And, in the same way, although the participation of the foreign partner in a joint venture was not restricted, with few exceptions, more than 49% of foreign participation was not authorized.

With its limitations, the regulation was in force — and without important changes — until 2013 and 2014. It was then that two new, undoubtedly relevant texts were approved: one aimed at protecting the creation of the Mariel Special Development Zone and another, the Law 118 on Foreign Investment, applicable to the entire country.

Both legal bodies recognized fiscal benefits and defined prioritized activities and specific policies in various sectors (a part of which were previously excluded in practice).

However, in essence, both Law 77/1995, as well as that of the ZEDM and the new Law on Foreign Investment maintained common principles. Among others, are those that reduce investment incentives both in the Zone and in the rest of the country (the need for authorization for investments and currency transfers, the “investment term” and the mediation of an employer entity).

The reality is that for decades the attraction of foreign investment throughout the island has not been efficient. As the Mariel enclave has not managed to be either, until today.

At this point, if the prerogatives applied are not enough, if there is a divorce between law and practice, if the entrenched bureaucracy makes less and less sense and the accumulation of decades of ineffective management weighs more, it is time to find a way to reverse it.

The Mariel Special Development Zone and the economic line of foreign investment in Cuba have an outstanding debt with the development of the country. And time doesn’t stop. It is better not to forget it.