The tragedy originated when a truck, in which they were traveling along the federal highway from the town of Azumbilla to El Seco, overturned. A Cuban diplomatic official is at the scene of the incident to provide consular assistance to possible affected people from the island. 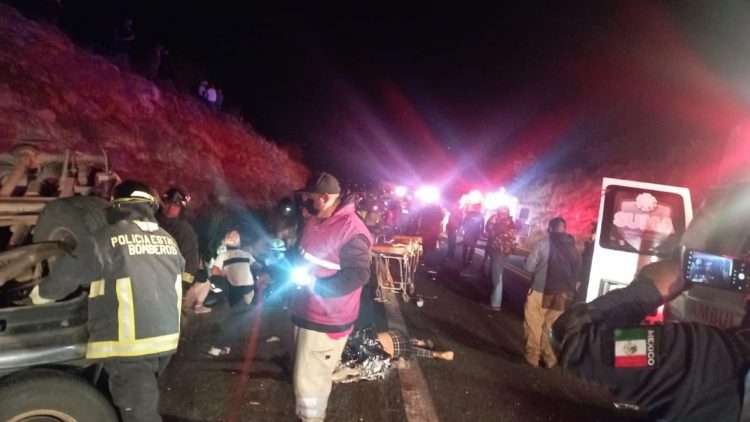 Eight migrants died in a traffic accident that occurred at dawn this Sunday on the Azumbilla-El Seco highway, Puebla state, Mexico. One of the victims is a Cuban, and there were 11 wounded from various countries, including Cuba.

Of the eight deceased, three are minors. According to local media, five deceased had already been identified, all women, one of them 14 years old; two from Ecuador, two Venezuelans and the Cuban Daime Irais Morales Gerez, 30 years old. The 11 injured were from Honduras, Venezuela, Colombia and Cuba. An unidentified five-year-old girl has been orphaned.

The tragedy originated when a truck, in which they were traveling along the federal highway from the town of Azumbilla to El Seco, overturned, according to local police and a report by Prensa Latina (PL) news agency.

A total of 17 migrants were traveling from the state of Chiapas in a Chevrolet with DNYN 757-D license plate.

The Cuban consul in Mexico, Miguel Ángel Moreno, appeared at the scene to participate in the identification of the victims, the Cuban news agency added. The Cuban ambassador to Mexico, Marcos Rodríguez, also maintains communication with Cuban officials in Puebla and with relatives of that compatriot, the media highlighted.

The bodies of those who died in the accident were transferred to the facilities of the Forensic Medical Service in Tehuacán. The injured migrants received medical care in various hospitals near the site of the tragic event, PL specified.

Meanwhile, the head of the Cuban Ministry of Foreign Affairs (MINREX), Bruno Rodríguez Parrilla, lamented the incident through his Twitter account, and sent his condolences to the families and friends of the victims, and wishes for a speedy recovery for the injured.

Various aid corporations from Tehuacán, Esperanza and Cañada Morelos went to the scene to provide support, as well as the State Police and the National Guard, who cordoned off the area and closed the highway in its two lanes to avoid further mishaps, the newspaper La Jornada reported in its web page.

When looking for data on the vehicle, it was learned that it had been reported as stolen since August 2 in the state of Chiapas, and to date it is unknown if the driver is among the injured or if he fled, a Mexican media noted.

Thousands of Latin American migrants, including many Cubans, try to reach the southern border of the United States irregularly through Mexican territory with the aim of crossing it and settling in that country.

According to the most up-to-date figures from the United States Department of Customs and Border Protection, just in the first eight months of the current fiscal year (as of October 2021) 140,602 migrants from the island have arrived in that territory.