A referendum on same-sex marriage in Cuba would be to decide by plebiscite the human right to not be discriminated against. 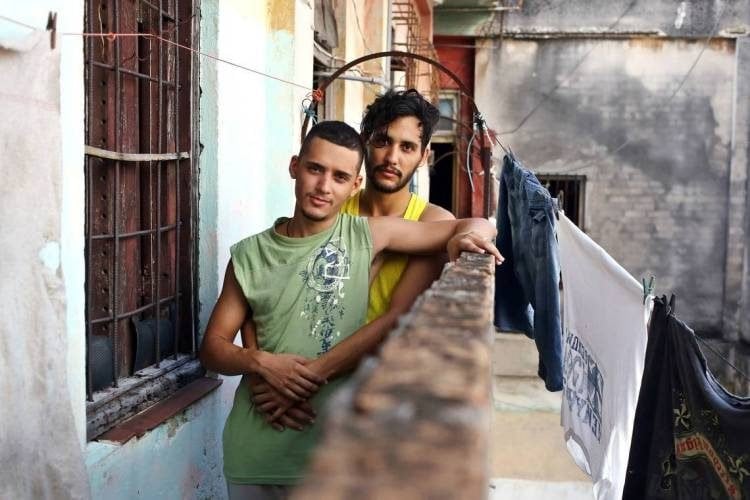 An upcoming Family Code, to be approved in less than two years, after a plebiscite, will specify what kind of people may marry. For the first time since 1959, a referendum will be used to pass a law.

Several deputies and jurists assured that the change between the Draft and the Constitution did not mean “a rollback” on same-sex marriage. Certainly, the current wording does not prevent it. It is now a possibility, although in the Draft it was a guarantee.

Given the methodology of collecting opinions from the constitutional debate, it was impossible to quantify the will opposed to same-sex marriage, but it seemed to be less than a quarter of the presentations collected during the consultation.

In fact, the National Survey on Gender Equality (ENIG-2016) had shown “that 77 percent of the Cuban population between 15 and 74 consider that people who have sex with others of the same sex should have the same rights as heterosexuals.”

The state press did not publish the Survey and access to its results was uneven. Mariela Castro affirmed she knew them while the also deputy Luis Adán Roble was not aware they existed. The report was not circulated among the deputies for discussion of the issue.

Raúl A. Palmero, then president of the Federation of University Students and member of the Drafting Commission, defended the change as follows: “so that people, let’s say it a bit in Cuban style, don’t feel tricked in this way either.”

The modification has raised the question about whether it is legitimate to “decide on a right by plebiscite.”

Decide on a right by plebiscite?

The idea of ​​”deciding on a right by plebiscite” is misleading when it is assured that in no case it is possible. Yes, you can have a plebiscite. The problem is to decide on human rights by plebiscite.

In 2004, in Bolivia, a referendum was held on the repeal of the Hydrocarbons Law, approved by Sánchez de Lozada, which affected property rights. The answer was yes. Its scope was limited, but it set a precedent “in the use of popular consultation to resolve political and social conflicts in the region.”

Uruguay has held 10 of the 13 consultations originated by popular initiative in Latin America. By plebiscitary decision, access to water and sanitation were created as rights. Even with that record, same-sex marriage was approved by law, without consultation. Brazil approved it by judicial means. Costa Rica through the constitutional court. Today it is legal in 30 countries.

Political participation is a human right, but the age and nationality requirements to vote specify it as a fundamental right. Based on this distinction, the electoral age could be decided by plebiscite, but not the right to vote of adults.

Article 41 of the Cuban Constitution establishes that “The Cuban State recognizes and guarantees people the enjoyment and the inalienable, imprescriptible, indivisible, universal and interdependent exercise of human rights, according to the principles of progressivity, equality and non-discrimination.”

To be indivisible means that no right can be enjoyed at the expense of another. Based on that―together with the progressivity established for them―to take same-sex marriage to a referendum is to decide by plebiscite the human right to not be discriminated against. Not only would the hypothetical result of the referendum prohibiting same-sex marriage be unconstitutional: it would be the call for consultation itself.

The Constitution does not rule on the “more favorable to rights” application criteria, which in constitutions such as those of Bolivia and Ecuador establish in Latin America. This refers to conflicts of rights with similar legal status: discrimination vs. marriage only between people of different sex, or right to life vs. death penalty.

It would have been desirable to have that criterion, but it is not essential for this particular point. The right to non-discrimination and the figure of marriage do not have the same legal status in the Cuban system, in favor of the former.

The progressive constitutionalism born after World War II, facing the horrors of Nazism, built a mesh of protection of rights as “irrevocable” conquests, a word that the Cuban Constitution also uses. In that logic are guaranteed notions such as those of “the sphere of the undecidable” by Luigi Ferrajoli, the “forbidden reserve” by Ernesto Garzón Valdés and the “inviolable territory” by Norberto Bobbio.

They are not identical notions among themselves, but they have something in common: there are rights against the majority. The rights are inviolable because they cannot be suppressed by any majority. Deciding them by plebiscite would be to open doors to autocracy, even if it seems democracy because it comes from “popular sovereignty.”

In this, the “tyranny of the majorities” is distinguished from the “government of the majorities.” Only the latter, when under control, can be considered part of democracy. Majorities can rule, but they cannot decide normatively about everyone’s happiness or about the slavery of a single person.

The guaranteed paradigm is desirable because it protects acquired rights. However, it presents its own tension in the face of the idea of ​​democracy as self-government (be it the liberal version of “personal independence” or the Marxist version of “republican association of free and equal producers”).

This protection can become a barrier against the creation of new rights or new senses for existing rights. It can produce a reduced view of democracy that considers politics―understood as the creation of the regulations and contexts that govern coexistence―as its enemy, when it must be its foundation.

The so-called “majoritarianism” is a current response to the worst consequences of guaranteeism: the elitism of the judiciary and politics itself when they decide exclusively on rights. However, the will of the majorities is not necessarily a well of virtue and justice. In criminal law, for example, majoritarianism is an ally of punitivism, which claims to intensify criminal treatment as a preferred synonym for crime prevention.

However, criticisms of the problems generated by guaranteeism and majoritarianism do not defend the deprivation of rights on behalf of any majority. Instead, they demand the activation of extended social spheres, the establishment of institutional, social and material legal guarantees “that include and go beyond those directly affected” to avoid that those that are considered rights can be revoked by majorities occasionally only jealous of their own privileges.

The idea is to build―as Gerardo Pisarello has defended―”plural and self-conscious appropriations of the defense and interpretation of fundamental rights.” That is, far from renouncing politics, the claim is for more democratic politics, not only deliberating but also more inclusive.

Dignity is the standard

There are arguments against same-sex marriage that deserve to be heard. For example, any union under law between persons of the same sex can be defended as valid, without needing to be called “marriage,” in response to what has been the history of this specific institution.

The problem here is that all options are equally available to everyone. If the de facto union―a growing trend in Cuba―grants the same rights as marriage it is a legitimate option. But if only the civil union is available for people of the same sex, then the marriage forms a legal apartheid.

Any criterion contrary to same-sex marriage must comply with a legitimacy standard: not to claim unequal treatment based on the devaluation of diverse options of coexistence.

It is also important to withdraw from banalizing discrimination: being homosexual is not a “lifestyle” or an “opinion that must be respected.” It is a way of conceiving a place in society, of imagining the family―defending same-sex marriage and imposing on it at the same time the obligation to care for children is a contradiction―, of claiming access to jobs and social resources on equal terms.

The Magna Carta mentions dignity as “supreme value that underpins the recognition and exercise of the rights and duties enshrined in the Constitution.” It is an “open clause” so that unrecognized rights can be invoked.

If the current Constitution had established, or if a law established same-sex marriage right now, it would be a victory for the language and practice of human rights in Cuba. Can this be done against the majority―if it were a majority―of the Cuban people?

Yes, is the democratic answer.

[1] In another explanation, fundamental rights are classified within human rights to mean the linking of public powers to them, that is, the possibility of making them justiciable in court.