Havana, the city where I was born 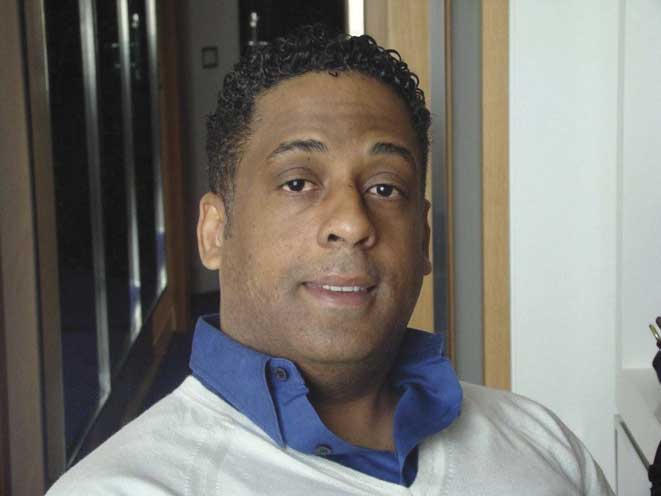 Although I was born in Havana, the city where my parents also were born and lived, I was taken to live in Varadero when I was very young. In Havana, my father, immersed in his zeal for music, began to make a name for himself and his quartet, Los Zafiros, and my mother applauded his efforts from the seats and balconies of the city’s most prestigious theaters and nightclubs. My teen years in Varadero were an experience that I would repeat if it were possible to return to that age, when I would leave footprints in the sand and dream about mermaids and starfish.

My mother later came to live in Varadero, and sometimes we would make the trip to Havana, where half of our family lived, and where my father continued to win over hearts. For me it was a drag to go to Havana; I didn’t like it. It was a relatively short trip, but it was miserable for me, and I was not happy until I was back on the white sands of Varadero. Years later, I immigrated to the United States, and Havana, the city where I was born, remained behind, incomplete.

“Travel is never a matter of money but of courage.”  (Warrior of the Light, Paolo Coelho).

Among the things that give me the most satisfaction and pleasure are traveling, learning and exploring. Traveling should be a universal right, not a privilege or a dream that is unattainable, limited or even prohibited. Meditating, fantasizing, letting your imagination run wild among the clouds is a wonderful experience that we should all enjoy. If luck is measured by the number of countries and cities that one has visited, then I am a lucky guy. I have visited countries on every continent; I have stepped inside palaces, castles, churches, mosques, temples and haymahs in the desert. I have keenly enjoyed myself, nurtured by the music and culture of many of these large, medium, small and tiny towns and cities, some of which are impossible for me to name or even remember. I have fallen in love with some of them, wishing to live in them; it’s not a possibility that I’ve ruled out…. However, today, after more than a decade of traveling to Cuba, I can say unequivocally that there is no city in the world that seduces, captivates, intrigues and calls me, that I love and — even more impressively — that I need, more than the Villa de San Cristóbal de La Habana, “Havana.”

Havana, almost 500 years old, is unquestionably one of the most beautiful cities that I have ever seen. Its deteriorated figure and the congestion that cloaks it make it ever more beautiful. Its neighborhoods, streets, smells, tastes, noises and voices; its people, my people, nourish my soul and strengthen my spirit. For those of us who left and watch fervently from a distance, Havana continues to be our home. Havana, the city to which we belong, the motherland that gave us life, among all of the cities on the planet: my first love.