Tolerance, respect for the diversity of criteria, the discussion on public content and that affects the majority, has been atrophied and Facebook, WhatsApp, Telegram, are the arena that has remained for the Cuban political essay. 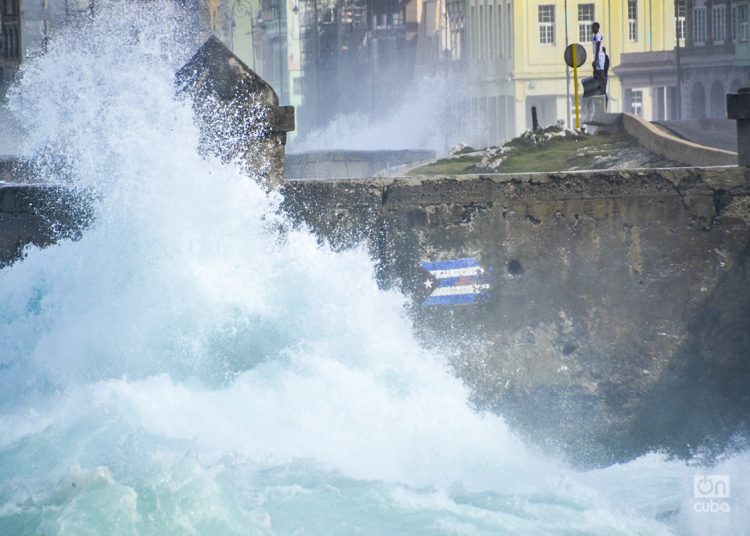 In bursts I get the political battles on Facebook, Cubans who cling to extremism on social networks. Every day, in recent years, someone tells me that I must be in that environment, to give my opinion and post my vision. Every day someone tells me that they are happy because I have not decided to enter that inextinguishable ring of anti-communism, Stalinism, fundamentalism, filled with macho, sexist, racist profiles, where freedom of expression trembles before the mirror because it looks like insult, defamation, slander and implausible propaganda of exclusive ideologies.

Political training in Cuba is of a type that does not help polite behavior on social media. I also know of respectful debates on complex issues, in which the contenders have been and are an example of dialogue, more like the country that we must build together. But it is not what abounds. Tolerance, respect for the diversity of criteria, the discussion on public content and that affects the majority, has been atrophied and Facebook, WhatsApp, Telegram, are the arena that has remained for the Cuban political essay.

The hatred of socialism and what, unfortunately, is called communism, almost always without evaluating their differences or theoretical and practical histories, is old. There is a primal hatred of the revolution that deviated from its popular democratic course towards the red spots, where the Soviet giant headed the bloc. Anti-communism has never been exiled from Cuba, we received it already grown-up in 1959 and we thought it had fled when the large landowners emigrated in those years and we thought it had died when we founded an education and a society different from the capitalist one.

But anti-communism never went away or died, at least not entirely. Those who disseminated a Marxism and a political economy outlined in manuals that we imported from the Socialist Camp, which reduced a critical and dialectical theory to formulas and dogmas, also had a great responsibility in that renaissance. Attacking, despising and then hating a theory, an axiology and some historical processes, is much easier if they have been dogmatically recounted.

The supposed end of the cold war, with the fall of real socialism, and the return of the unipolar world, did not allow for overcoming the hatred of the old tensions. It must be recognized that anti-communism was taught, for many decades, in many houses of religious and non-revolutionary families, who represented discipline in the institutional world and tasted hatred at dinner time, in countries where for example atheism became constitutional and religiosity the new sin, as in the case of Cuba.

It is not widely accepted, either, that the Cuban confusion, between homeland, nation and socialism, is not only fueled by official propaganda. We have also been historical witnesses to the same reduction in the discourse of the enemies of socialism in this country, who point out to all of us who live here with irrational guilt for accepting to live in this economic and political system. It is essential for the preservation of hatred, which is oxygenated at the extremes, that the homeland, the revolution, the government and socialism be in the same bag, without the possibility of disconnection between them.

The hatred of socialism is practical in the necessarily anti-communist policy of the United States government. Any liberal reform that a president attempts or that a candidate announces in an electoral process will be related to the specter of communism. Anti-communism continues to be useful to destroy, with its reference to totalitarianism and the poverty that is related to socialism, any intention of the left to aspire to social justice.

The aforementioned touches us, not sideways, but like a thunderbolt, in Cuban domestic politics, because every move that is made on the national strategic board must have at least one move by the United States. The exaggeration of this relationship, to diminish political rights in Cuba, is a consequence of this tension. The blockade/embargo is the reverse exaggeration, condemns a people to suffer poverty, and violates the human rights of millions of people, including U.S. businesspeople.

On the other hand, in Cuba, the decades of absence of debates between diverse political candidates, of promotion of a single country project, of incredible unanimities, of unity as an expression of patriotism—according to this criterion, Martí would have had to join the autonomists—, of reducing politics to the Cuba-United States dispute, of the almost absolute non-existence of public criticism of the leaders of the party, the government and the rest of the administration, have sculpted a citizenry that does not understand the controversy and when faced with it, resolves it wrongly and with insults.

The weakness of the Cuban electoral system, which does not prioritize the selection but rather the confirmation of candidates, means that this route is not the one that channels the political spirits of the population. Political energy accumulates, political pressure seeks a way out of the confined space to which it has been confined. Emigration, exile, has been a resistance mechanism little valued as a political cry of thousands of people in Cuba. All the analysts knew that the closure of the possibilities of travel and emigration of Cubans to the United States would be a problem for the state of the largest of the Caribbean islands, and it has been so.

You cannot expect anything other than political hatred in situations like the one we live in Cuba today. The transition to socialism, the construction of socialism, has not been possible. The fact that the Constitution recognizes socialism in its articles as a finished system and at the same time under construction, only fuels the political confusion of a citizenry clinging to the state and the divinity of public administration.

The so-called paternalism of the Cuban state has been designed as protection and as domination and both have a cost for the political behavior of the people. It is not possible to expect autonomy of action, risky undertakings, extension of a life without the state, except for the young. They are the only ones truly prepared to turn Cuban civil society into a cultural alternative of diversity and renewed imagination, also political.

Along that road, the youngest are burdened by some past ways that try to sink them. The education that their parents have given them has been characterized, in many cases, by the secret transfer of the art of the occult and escapism, which in politics favors opportunism and comfort with the consumption of extremist discourses, because dogmatism is very rich for not giving explanations or having to receive them, faith is enough.

The decline in popularity of the teaching of Cuban history is a great problem for the new generations. They have been brought up with an impoverished, epic history, reduced to heroic episodes, which does not reveal the human miseries of our culture, nor the complexity of historical processes.

The defenestration of Marxism, that we let die while shouting that real socialism was not the same as the philosophy that supported it, is another burden from the past for young people. Not because I argue that it is necessary to be a Marxist, but because I believe that it is important to study a deep Marxism to also understand what has happened in Cuba.

The crisis of philosophical teaching manifests itself in a fact: it is not possible to find philosophy as a science outside the universities. Its great questions and answers are not done justice at any level of teaching, which has produced thinking that does not understand abstractions and that goes from example to example and box to box, to the practical, but not always ethical, solution of the problems.

Lastly, I believe that state policy, emptied of a human rights approach, concentrated on the defense of sovereignty, has enervated generations who, on the other hand, have been educated in the value of the family and the resolution of private and individual problems, not common or public, precisely because the latter are not a matter for citizens but for government officials.

All this, fuels an inability of old and new citizens, of acceptance of diversity, political alternation, political pluralism, of distrust in new ideas, of disrespect for privacy and human dignity, of assumption of state vices such as that of the excessive control of the intimate life of individuals, the surveillance of difference and the formalistic and symbolic representation of patriotism.

Political hatred has a germination field in Cuba. Genuine revolutions have grudges that are difficult to overcome. Later they produce states and policies that resemble their original values ​​and impulses or that seem the offspring of other processes and other traditions. Along this road, it is the responsibility of power, wherever it may be, to drive away hatred as a method and as an end. The useless political hatred, in its form of blockade, in its form of state violence, in its form of symbolic violence, in its expression of censorship, in its presentation as mockery and lynching of those who think differently from each one of us.