The “readjustment” among the shortlisted who will seek the ticket to Tokyo in Florida as of next May 31, includes the departure of several of the shortlisted and the inclusion of others who were in the team formed for the Caribbean Cup in Curacao. 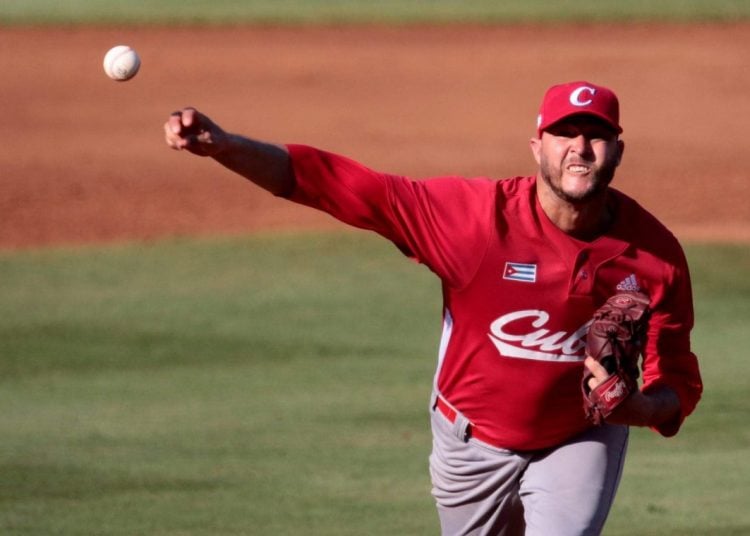 The Cuban baseball preselection for the pre-Olympic tournament of the Americas, which will begin on May 31 in Florida, USA, underwent a “readjustment,” according to the island’s baseball authorities.

It is actually a cut in the initially announced group, which includes changes in the original roster with the departure of several of the shortlisted and the inclusion of others who were in the team formed for the Caribbean Cup in Curacao.

According to the National Baseball Commission, “the current composition is in line with the objectives of the work that still has to be carried out at the Victoria de Girón stadium in Matanzas—where the players summoned for both events train—prior to the final composition of the team,” reported the Jit website.

With these changes, the preselection of 38 players was lowered to 32, among which all those hired by the Cuban Federation in the professional league of Japan remain, even when managers and specialists take for granted the absence in the pre-Olympic of the Matanzas players Ariel Martínez and Yurisbel Gracial, who are currently injured.

According to specialized sources, the inclusion of both is due to “the visa and registration processes, pending their recovery for possible participation in a second pre-Olympic in Chinese Taipei.” This option would be open if the quota for Tokyo is not achieved in Florida, destined only for the winner of the tournament, but to finish there in second or third places, which would allow the Cuban team to fight for a ticket in the world qualifier.

On the other hand, the Cuban baseball authorities once again were silent about the possibility that the team includes legionnaires from the island who privately play in foreign leagues, mainly in Mexico—names such as Henry Urrutia, Félix Pérez, Yoanner Negrín and Jorge Alberto Martínez have been handled —a possibility that would raise the level of the team and that so far has been handled unofficially without confirmation.

The information published by Jit does not clarify who will cover the absences of the now promoted who were part of the team to the Caribbean Cup, although other sources assure that those eliminated from the main preselection could reinforce that squad. On the other hand, the official publication does indicate that those summoned for the Caribbean tournament, rescheduled to begin on June 26, will be at home for a few days before returning to training in Matanzas.