Until midnight yesterday, there were 135 patients in serious (91) or critical (44) condition, although in general 23,235 were admitted to hospitals or centers created for the care of patients afflicted by the coronavirus pandemic. 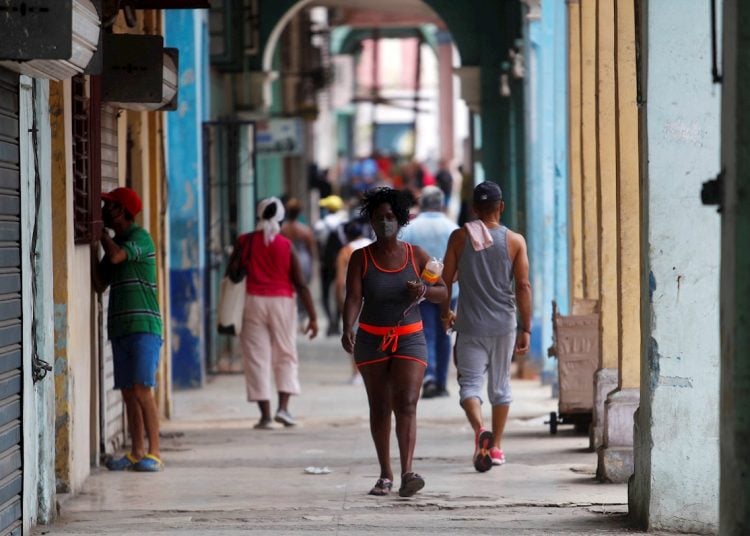 The consequences of the SARS-CoV-2 virus for Cuba this Tuesday were marked by its evolution in recent weeks: rise in infections (1,207), deaths (13), active cases (6,090) and patients in intensive care units, which have not stopped setting records in the last consecutive days.

Until midnight yesterday, there were 135 patients in serious (91) or critical (44) condition, although in general 23,235 were admitted to hospitals or centers created for the care of patients afflicted by the coronavirus pandemic.

Likewise, the number of infections diagnosed on Tuesday and reported today by the Ministry of Public Health (MINSAP) constitute the second-highest in 14 months of confrontation with the virus and its disease, COVID-19, equaling that of April 21 and followed by those notified on the 19th and 24th of the same month this year.

The majority (1,123) owe the contagion to autochthonous transmission, 1,097 were contacts of confirmed cases and there were 84 imported cases, the majority by Cuban travelers from Russia (80), although arrivals were also registered from Jamaica, Spain, the United States.

Twelve foreigners tested positive for the virus. With the exception of a Mexican from Panama (imported case), these were the result of autochthonous transmission. They are five Angolans, two Congolese, two Laotians and two South Africans.

The 13 deceased resided in the municipalities of Havana, Matanzas, Camagüey and Las Tunas. With them, the death toll from the disease now stands at 768 and the fatality rate is now 0.64%.

Only 12 of the capital’s municipalities concentrate 53.6% of the transmission in the last two weeks, evidencing the situation in Havana. The incidence rate in Cuba, meanwhile, now stands at 135.3 per 100,000 inhabitants.

According to the MINSAP, 20,606 samples were processed and 42.4% of the positive cases lacked some type of symptom; 1,136 discharges were also reported on Tuesday.

May reported an average of 1,068 daily coronavirus cases and 10 deaths per day on the island.

Why doesn’t Biden want anything to do with Cuba ... for now?