Omissions and the punitive dilemma. 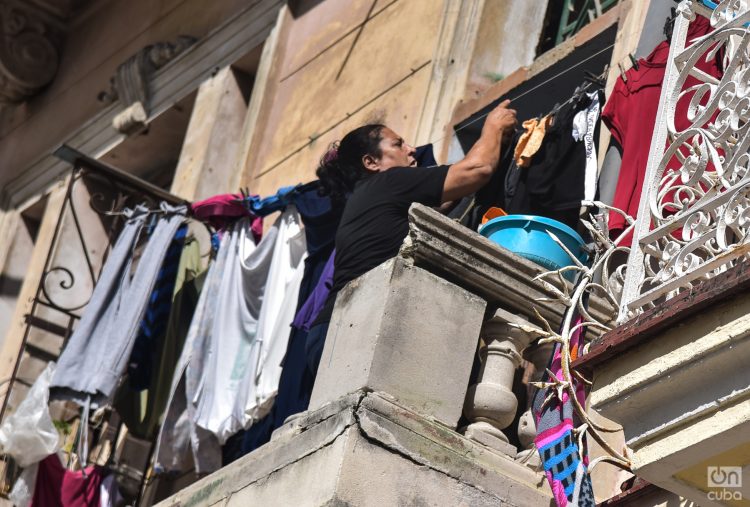 The first is exercised against minors or dependent persons in an instrumental manner to adversely affect and harm the main victim who maintains a close and emotional bond with them. That is, the aggressor uses the descendants, or other dependents of the victim, to cause damage to the latter. Vicarious violence is a type of child abuse and is used as a mechanism of coercion and control towards the main victim. This violence can cause the death of the instrumental victims, generally categorized as vicarious femicides, linked or collaterals,1 hence it is significant to contemplate it in its unique dimension.

The second is not a novelty in our realities or in our legal system. Resolution 105/2021 of the Ministry of Communications considers pornography, cyberbullying and pedophile deception (also known as grooming) as incidents against dignity and individuality. Once again it is necessary to clarify that gender-based violence can be digital and it would be very beneficial to describe and regulate it in the future Penal Code. Cuban women often do not know what to do when they find themselves in a situation of cyberbullying, threats by digital means or when minors are trapped in grooming dynamics, since, many times, their complaints are not taken into account precisely because the digital support of violence is not unequivocally made explicit in criminal law.

Obstetric violence is understood as any action or omission by medical personnel in general that causes physical, emotional or psychological harm to the pregnant person or to the born or unborn child. These detrimental effects may include verbal abuse or humiliation, lewd abuse, inappropriate touching, lewd or threatening looks, physical abuse or assault, non-consensual interventions or authoritarian procedures, violation of privacy or intimacy, misinformation, or denial of necessary care. It is considered a violation of human rights, particularly against the rights to reproductive health of women and pregnant people during childbirth, or in the framework of other gynecological procedures (abortions, checkups, cytology, exudates, etc.).

It is a particular type of violence in which the affected person is in complete subordination with respect to the medical personnel, where modesty and privacy take on a special meaning, and where the person is very exposed and vulnerable. The doctor-patient relationship is constituted by a strong relationship of trust and dependence. It is not in vain that the Governing Council of the Supreme Court has seen the need to pronounce itself through Instruction 110/83 in this regard. However, the regulations related to the breach of obligations by health personnel when it results in injuries or deaths are insufficient and even contradictory. So why doesn’t the new Penal Code recognize this special type of gender-based violence, which affects the vast majority of women2 and occurs under very particular circumstances? Why not protect ourselves against a problem that occurs daily? Why does the future legal body not end up clarifying the terms of these behaviors and catergorizations?

Other definitions are also necessary, for example, gender identity. Not even the Comprehensive Strategy against gender-based and intrafamily violence, nor the draft Family Code, define it.

At this point in the analysis, it is essential to highlight that, although the successes and failures of the draft have been examined, as well as the aspects that it omits, this is not synonymous with appealing to criminal proceedings to grant protection to all gender-based violence, in its most varied categorizations and manifestations. It is not intended that, through punishment, all behaviors related to gender-based violence are corrected. Feminists, fundamentally starting in the 1970s, have resorted to criminal law as a strategy of denouncing and rejecting the problem and, in that direction, this analysis is inserted as a visibility strategy and better procedural behaviors for interpretation and application, than the search for solutions per se.

These lines are committed for the future Penal Code to have the fewest possible barriers for those people who need to save their lives and their integrity through criminal law. Also with the aim that its operators have less room for discretion and the inappropriate use of the law, and so that, in effect, criminal sciences serve for something more than to punish. In fact, there are strong feminist trends against punishment and incarceration as the preferred ways for States to deal with gender-based violence under the premise that punishment and imprisonment do not reduce violence, but rather accentuate it, other experts affirm that the increase and expansion of penal repression “has counterproductive and perverse social effects.” In other words, they rightly argue that it is the States that must close the inequality gaps and mitigate generalized impoverishment so that gender-based violence decreases, not prison.

Bearing this in mind, it is meritorious that the death penalty has been eliminated for the crime called Sexual Assault, however, it is unfortunate that the connotation of gender-based violence in sanctioning frameworks is an aggravating factor. This is shown by the fact that almost half of the times the phrase “gender-based violence” is mentioned, it is to indicate more severe sanctions.

I already said it in other analyses, the intention of naming criminal offenses by their name, of recognizing them, of describing what gender-based violence consists of, is not to punish more or more rigorously, it is not directly proportional to the punishment, but rather to promote best possible attention to these events and interconnect criminal law with other fields, since gender-based violence is a multidisciplinary and multidimensional problem.

Therefore, these analyzes cannot be disconnected from unnecessarily maintaining death sentences and life imprisonment in the draft Penal Code. Above all, when the greatest chimera of criminal sanctions is rehabilitation, re-education and the so-called social reintegration. Although it is extremely valuable to have new alternative penalties such as community service and home confinement, then the future Code must be consistent with the spirit of attenuating and reducing individualized punitive responses by eliminating death sentences and life imprisonment. The Latin American feminist movements are not indifferent to this when they seek a radical social transformation, and this includes the ways in which we think about sanctions, prisons, people who commit crimes, not as an individual and particular matter of a case, but as a complex, structural and collective problem. It is known that it is the populations historically submerged in poverty and precariousness that populate the prisons: people of color, subalterns, impoverished women, etc.

Thus, it is necessary that gender transversality in the Cuban legal system be fulfilled quickly, so that criminal law truly acts as an ultima ratio (as a last legal appeal) and, in turn, is endowed with clarity in its articles. To temper the negative effects of indiscriminate criminalization for gender issues, it is necessary to demand relevant social damage that cannot be adequately addressed and repaired from other legal instances.

Despite the state’s resistance to recognizing the imminence of a Comprehensive Law against Gender-Based Violence, what was warned is happening. It is no coincidence that the draft Family Code gives a concept of gender-based violence different from that of the Comprehensive Strategy (its legal status is an Agreement of the Council of Ministers), and the draft Criminal Code also regulates a different definition. It is true that they are similar, but it is between the three that a robust conceptualization is truly reached. If there were a Comprehensive Law, there would not be so many doubts in the penal code regarding terms such as gender identity, gender discrimination, etc., this is why it is also important to understand that a Gender Identity Law is needed.

The acephalous transversality of gender-based violence generates dispersion and legal insecurity, increases the possibilities of discretion to the detriment of the people affected. For this reason, and more, we see it as essential that there be a regulation with the hierarchy of Law that provides coherence to our legal system. Even in cases of regulatory gaps or contradictions, it would be known which Law to turn to. That would be a legal body that links and guides the rest of the legal instruments that have to do with gender relations and related violence. And it would also challenge the implementation of more and better gender-oriented public policies; in this, criminal law must serve and subordinate itself to the prevention of gender-based violence and the reparation of victims.

Let’s hope that the next laws to be approved (such as the Public Health Law, the Transparency Law, the Identity Law) and the current ones (Labor Code) help make the Penal Code the last instance of application against gender-based violence; for this, its regulations must be clear. In this endeavor, the mentioned and approved Comprehensive Strategy against Gender-Based Violence, which is binding for all state institutions, helps a lot. It is also expected that a comprehensive Law will give the Cuban legal system an organic nature in this matter. And, lastly, I consider it a social and civic duty to send the considerations we have about this Preliminary Draft that will be discussed in April, as urged by the website of the People’s Supreme Court, which, although it has not entered into debate as is the case with the new Family Code, a way has been opened to consider the opinions of citizens.

Criminal law is not a distant matter, even when we do not feel inclined to commit a crime, or when we do not think of ourselves as victims. Gender-based violence is not either, on the contrary, it goes through all of us, from barely perceptible actions and meanings to death itself.

1 Cases have been reported in the country where femicide vicarious violence has taken place: one case in Baracoa, another in Las Tunas province, and another of two girls who managed to survive in Artemisa.