The Code is a cultural drive, part of the moral, emotional and cultural transformation that implies, within the new family relationships, a new paternity far from the traditional roles of discipline, emotional distance and physical absences. 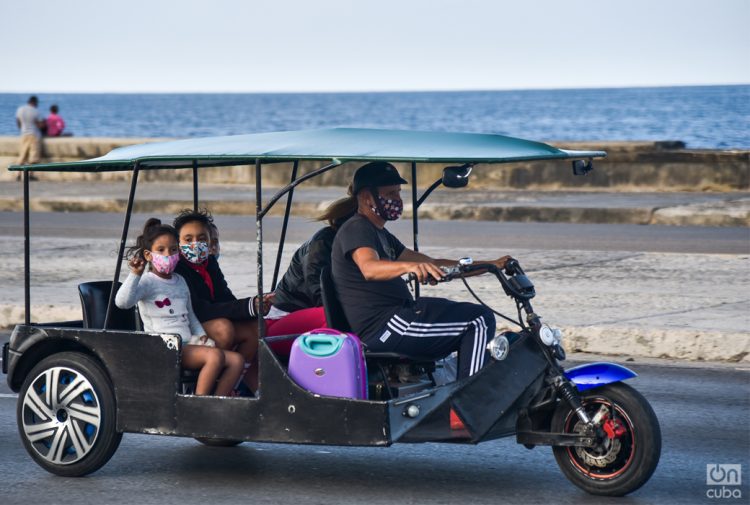 Nine dads and a grandmother were today at the door of the daycare center. The routine of taking children to their care center or school early in the morning is increasingly a responsibility of the dads. That image is a, let’s say, positive sample button of the naturalization of new family roles and the co-responsibility that raising our kids entails. The same can be seen in parks and hospitals; we are more and more dads who arrive, are present and take part.

It is true, it can be argued that it is the mothers, in general, who get up early, make breakfast, wake up and “shake up” the little people at home, and ensure that they leave “with everything ready.” It is also true that behind closed doors, gender inequality is still a latent fact.

However, and without these and other alerts, things are beginning to change in the dynamics within the home. Responsible parenthood, the visions and behaviors related to “being a dad” are transformed into relationships of greater equality, and multiple responsibilities, without the stony division of roles based on gender.

The truth is that another paternity is on the debate table, in the legal precepts, in the configuration of a liberating culture that makes its way into the dense Cuban social fabric. The Family Code accounts for this particular. Nearly thirty of his Articles refer directly to fathers. We are also recognized as subjects of law in the nascent Code. This — and it is good to say it —, removes established injustices that hinder the right and growth that another fatherhood entails.

Among its first ideas, the Code affirms the protection of both maternity and paternity, and the promotion of their responsible development (Article 4, h). It announces, among the duties of social institutions and the State, the promotion of favorable attitudes in relation to paternity (Article 438). It is directed, in the same sense, that the Ministry of Labor and Social Security dictate the legal norms, among other matters, on the protection of paternity (Twenty-fourth Provision).

The breadth of the controversial term “parental responsibility” is also specified in the judicial recognition of multi-parenthood, including that which occurs for socio-affective reasons. In other words, a stable family bond can be proven, regardless of a biological bond, in favor of someone who, as a legal mother or father, has fulfilled the duties of paternity or maternity and who, due to their will and actions, can be presumed they are mothers or fathers (Article 57).

As part of the protection of parents, the paternity (also of maternity) can be investigated using scientifically validated methods and in harmony with the identity and privacy rights of the interested persons (Article 59). In the same spirit of protecting rights, when the name and surnames of the alleged father are not recorded by the mother in the civil registration of a child, he may at any time exercise the action of claiming his affiliation through the legal means (Article 69).

The term “parental responsibility” envisages the conditions to assume another type of paternity, to recognize it and endorse rights and duties (Article 134). This contains the legal representation, whether or not they have custody and care, with attention to those cases in which there are conflicts of interest between mothers, fathers and children (Article 135).

The treatment of the issue of custody and care is, perhaps, one of the greatest advances of the new Code as far as paternity rights are concerned. It adds the modality of custody and shared care, which significantly makes parental co-responsibility viable. The regulation provides that, provided that the circumstances allow it and it is not detrimental to the best interests of children or adolescents, shared custody and care must be favored in order to ensure the significant presence of the holders of parental responsibility in the life of their children (Article 147).

Shared custody and care is organized according to the reality of each family. This can be alternated or indistinct. In the first case, the coexistence between children with each of the parties is organized by periods that can be days, weeks, months and years. In the second case, the children maintain the widest spaces of coexistence according to the requirements of the family group, even if they preferentially reside with one or the other of the holders of parental responsibility (Article 149).

The agreement on shared custody and care must contain, among other provisions, the following: a) place and time in which the child stays with each one; b) the responsibilities that each assumes; c) regimen of communication with children in periods of non-coexistence; d) obligation to provide alimony, when there is a disproportion of income between the holders of parental responsibility, if these are not equivalent. In other words, the one with the higher income must pay alimony to the other so that the child enjoys the same living conditions in both households (Article 161).

In the unilateral custody and care modality, also provided for in the law, the exercise of parental responsibility is, fundamentally, that of the guardian mother or father, without prejudice to the exercise of the rest of the powers, duties and harmonious family communication regimen with the non-guardian, who has the right and duty to contribute to the care, formation and education of their children (Article 150), as well as the right and duty to communicate in writing, verbally, including technological means, with their minors and their respective families (Article 152).

Another of the novel and fair approaches of this new Code is contained in Article 176, concerning the rights of a related mother or father (the so-called “stepmothers” and “stepfathers”), that is, the de facto affective spouse or common-law partner who lives with the person in charge of the custody and care of the child or adolescent as a result of the formation of reconstituted families.

Article 182 deals with the system of communication and custody and care in favor of the related parent, once the marriage has been terminated by divorce, or the de facto affective union. This right is recognized in favor of the related parent, provided that the best interests of the child or adolescent are taken into account, the level or intensity of the affective relationships existing between them, the presence of other common children arising from this new marriage or de facto affective union, the valid legitimate interest of the person requesting the communication regimen or the custody and care of the minor, as well as the role played in their life by the non-custodial parent.

The Family Code displays a wide range of rights. Nominalizing, recognizing, dignifying and protecting another type of paternity is an added value of this regulation. The Code is a cultural drive, part of the moral, emotional and cultural transformation that implies, within the new family relationships, a new paternity far from the traditional roles of discipline, emotional distance and physical absences. It opens the way to a fatherhood that expresses emotions, that assumes, as a conscious desire, roles committed to reproductive tasks.