Rafael Alba, two-time world champion, came out of ostracism to win Cuba’s first medal in Tokyo, thanks to the repechage and a young Macedonian who swept him away on a triumphal tide. 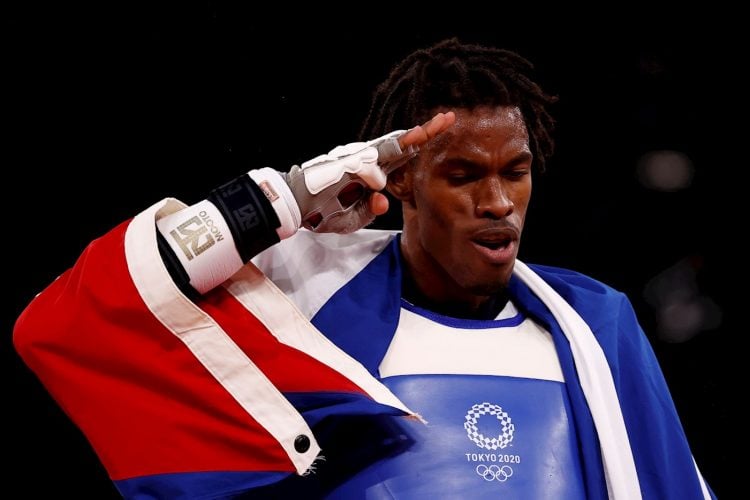 Cuba’s Rafael Yunier Alba Castillo celebrates after defeating Hongyi Sun of China in the fight for the bronze in men’s taekwondo +80kg during the 2020 Olympic Games, this Tuesday at the Makuhari Messe venue in Tokyo (Japan). EFE/José Méndez

Combat sports, without repechage, would have much easier, but less exciting, outcomes. Without them, the definition of the bronze medals would be a tedious procedure and limited to two competitors; with repechage, on the other hand, up to six athletes defeated by the finalists keep their dream alive of getting to the podium.

To make it clearer, repechages are nothing more than consolation rounds, which are part of the show at a minimal cost, because in combat modes rarely does a fight go beyond eight or ten minutes. More of the circus!

Contrary to what we might think, repechages are nothing new in sport, in fact, this formula began to be used in the Olympics more than 60 years ago. Nor is the methodology to assemble the keys complex, made up of the three athletes who succumbed to the two contenders for the title from round 16 onwards.

Those defeated in round 16 and 8 meet in a life-and-death duel, and the winners go on to discuss bronze with the semi-final losers. As we already said, it is a simple procedure but, during the process, those who wait experience high doses of tension and suffering to see if their executioners manage to drag them into a victorious tide.

2. Rafael Yunier Alba Castillo of Cuba celebrates after defeating Hongyi Sun of China in the men's +80kg taekwondo bronze medal match during the 2020 Olympic Games on Tuesday at the Makuhari Messe venue in Tokyo, Japan. EFE/Ritchie

Just that sensation consumed Cuban taekwondo athlete Rafael Alba (+80 kilograms), who now enjoys being the first medalist of the island’s delegation in Tokyo, but before that, he went through very bitter moments at the Makuhari Messe Hall, where he was defeated in his combat premiere against Macedonian Dejan Georgievski.

The indisputable defeat, exactly the same as the one suffered against Uzbek Dmitriy Shokin in Rio 2016, was a blow to the aspirations of the Santiago de Cuba athlete, two-time world champion and ghost in the Olympic Games. But there was a card that Alba did not have when he passed through the mixed zone and told the media, frustrated, that the opponent had been better than him.

The repechage, the consolation, the show, opened a new opportunity for the Cuban to register his name with Ángel Valodia Matos, Urbia Meléndez, Yanelis Labrada, Daynelis Montejo and Robelis Despaigne, the other representatives of the island who have won medals in the Olympic Games’ taekwondo.

For almost six hours, Alba and all of Cuba — in silence in the early morning hours — prayed for Macedonia like never before. For the first time in its life, that southeastern European country received an avalanche of good vibes from a Caribbean island, and it paid off.

Georgievski, impetuous and irreverent, rose like foam and did not stop until the end, the only thing that mattered to Alba. “I didn’t have much hope that (the Macedonian) would reach the finals, but he showed his quality, not only by beating me, but other very good rivals, including the Korean,” Alba said.

4. Rafael Yunier Alba Castillo of Cuba celebrates after defeating Hongyi Sun of China in the men's +80kg taekwondo bronze medal match during the 2020 Olympic Games on Tuesday at the Makuhari Messe venue in Tokyo, Japan. EFE/Ritchie B. Tongo

“In the waiting time, the coaches and the commissioner encouraged me, almost as if we could give them the title of psychologists. Likewise, my mother encouraged me and many people on social networks gave me a lot of confidence,” said Alba, reborn thanks to the repechage.

“The Olympic medal is well deserved, the only medal that was missing from my record. It shows that the sacrifice we athletes are making is not in vain,” said the giant from Santiago, one of the best Cuban athletes of the last ten years.

Cuba thus opens the path of the medals in Tokyo. On a stormy day, the dawn was not golden, but it seems that dawn has finally come for the Caribbean delegation at the 32nd Olympic Games.