Joe Biden has shown that he is not Barack Obama as far as Cuba is concerned, but that is a symptom of weakness of his leadership, which may have repercussions in Latin America and the Caribbean. 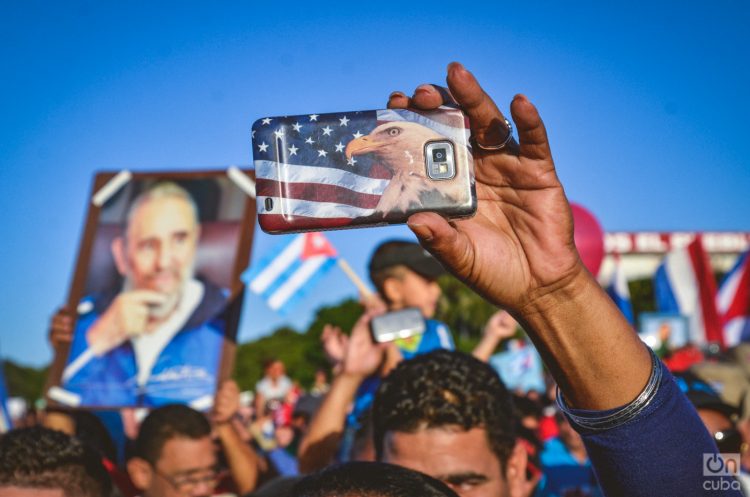 Recognizing that many of the causes of the demonstrations and riots that took place on July 11 throughout the country lie fundamentally in a group of errors and inadequacies of the government, as I argued last week, does not mean ignoring that the United States’ policy of unilateral coercive measures towards the island has been one of the factors that have weighed heavily on the deterioration of the economic and social situation of the Cuban people. It cannot be forgotten for a moment that this set of sanctions known in Cuba as “the blockade” has been in force for almost 60 years, has been criminally reinforced by the Donald Trump administration during the pandemic, and is kept intact by Joe Biden’s administration, despite his campaign promises and sharp criticism of his predecessor.

As reported on September 6 by NBC, Biden referred to the issue in the following terms:

“‘I’d try to reverse the failed Trump policies that inflicted harm on Cubans and their families,’ said Biden, adding that Trump ‘has done nothing to advance democracy and human rights; on the contrary, the crackdown on Cubans by the regime has gotten worse under Trump, not better.’”

The economic, commercial and financial blockade is probably the policy towards Cuba that has had the greatest continuity. Implemented by a February 1962 Executive Order by President John F. Kennedy, it had been thought of long before. At the orders of President Dwight D. Eisenhower in late 1959 the entire U.S. state apparatus began to work on developing a multi-track policy to overthrow the Cuban government. The economic track of this policy had the argument developed by Deputy Assistant Secretary of State for Inter-American Affairs Lester Mallory, in a Memorandum addressed to his superior, Roy Rubottom, on April 6, 1960: “The only foreseeable means of alienating internal support (for Castro) is through disenchantment and disaffection based on economic dissatisfaction and hardship…every possible means should be undertaken promptly to weaken the economic life of Cuba…denying money and supplies to Cuba, to decrease monetary and real wages, to bring about hunger, desperation and overthrow of government.”

These unilateral coercive measures have been reinforced over the years until reaching this critical moment, in the midst of the pandemic. The easing periods have been few, incomplete and short-lived.

This Memorandum shows that the blockade is a punitive policy directed against the Cuban people. The issue of human rights or what was imposed in response to the nationalizations are old tales that do not resist the slightest analysis of the available documentation or of the behavior of the United States with other countries that are really stubborn violators of human rights. If one sticks to the International Genocide Convention, the Mallory Memorandum has hints of a genocidal policy. Its article 2c classifies as a form of genocide the “Intentional submission of the group to conditions of existence that will lead to its total or partial physical destruction.” Provoking hunger could certainly be regarded as a form of partial physical destruction.

United States-Cuba: to peel an onion (II and end)

But there are two more elements that should be noted. The blockade against Cuba has been declared illegal by the international community, which has also demanded its unconditional lifting, as shown by the fact that since 1992 the United Nations General Assembly has voted on 19 consecutive occasions in favor of a Cuban resolution entitled “Necessity of ending the economic, commercial and financial embargo imposed by the United States of America against Cuba.” This year, less than a month ago, that vote was 185 in favor and 2 against. Even U.S. allies who are critical of the human rights situation in Cuba have voted in favor of this resolution.

But if there is a consensus at the government level about its illegality and the demand for its unconditional lifting, something similar can be said of U.S. and international civil society. Despite the strong negative media campaign that with some justification, but not without mendacious exaggerations, has fallen on the Cuban government due to its handling of the events of July 11, two important non-governmental initiatives have been manifested these days: Carlos Lazo has continued with his “Bridges of Love“ campaign, which was presented in the vicinity of the White House this weekend, and a significant group of personalities from the artistic and cultural world throughout the world have published a manifesto in the New York Times with the significant title of Let Cuba Live.

And there is no doubt that the policy of unilateral coercive measures against Cuba, which has been in force for almost 60 years, is a kind of “economic war” against a “besieged square,” as Peter Beinart argued in the New York Times on February 15 of this year in a column titled “America’s Other Forever War.” Beinart criticized economic sanctions policies in general, especially against small countries, stating that “America blockades weaker adversaries, choking off their trade with the outside world. It’s the modern equivalent of surrounding a city and trying to starve it into submission.”

After explaining why sanctions generally do not achieve their goals such as the cases of Syria, Iran, North Korea, Venezuela and Cuba, Beinart censors them in the following terms: “America’s leaders would rather punish already brutalized populations than concede the limits of American power.”

Of course, the Washington government has rejected Cuban allegations that the demonstrations were caused by the blockade and by media campaigns from centers in Miami, but the truth is that the Joe Biden administration maintained the extreme sanctions imposed on Cuba by the Republican administration of Donald Trump between 2017 and 2021, a total of 247, even in the midst of the pandemic, as part of a policy of maximum pressure that impoverishes the Cuban people while harassing their government and does not achieve its avowed goal, “regime change.”

Clearly, a perfect storm was brewing 90 miles off the United States’ shores.

The initial reaction of the U.S. president was to affirm that Cuba was a “failed state” and that as punishment he would not restore the sending of remittances, one of the sanctions that Trump applied before leaving office and that Biden himself promised to reverse.

However, just a week later, the White House announced that it was studying two measures that contradict that initial position. It announced that the reestablishment of sending remittances and the reopening of consular services in Havana, closed by Trump in 2017, are being studied.

As if to counter criticism that these measures demonstrate a weak position with respect to Cuba, the administration announced with great fanfare the application of new individual unilateral coercive measures, of doubtful value and effectiveness. It included in the sanctions policy individuals known as the Global Magnitsky Law, the Minister of the FAR, General Álvaro López Miera, and the MININT Special Troops Brigade.

However, with the proposals on remittances and the reopening of the consular section in Havana, the administration tacitly recognizes that the sanctions have contributed to social tensions on the island. Managing to cross the “minefield” of the decision-making process about Cuba in Washington and a difficult negotiation with the Cuban government is something else.

As the president himself said during the campaign, the sanctions exacerbate the already critical Cuban situation. One might wonder if his advisers and he have already realized that provoking an uncontrollable social outbreak 90 miles away is not in the national interest of the United States because, among other things, it could encourage the dangerous idea of ​​military intervention.

The United States has long tried to withdraw from the endless war in Afghanistan. Will they want to prove what would happen in Cuba? It is a question that the military chiefs and other American leaders could ask themselves. For now, Bob Menéndez, the Democratic Senator who chairs the Senate Foreign Relations Committee, and one of the people behind the current policy, has already spoken out against it. But from Miami and in Washington there are voices crying out for it.

In any case, Joe Biden has shown that he is not Barack Obama as far as Cuba is concerned. But that is a symptom of the weakness of his leadership, which may have repercussions in Latin America and the Caribbean, a region in which Cuba and the left that supports it continue to be important, as the recent political processes in Mexico, Argentina and Bolivia have shown.

For six months the administration postponed fulfilling the campaign promises and was trapped in the narrow framework of the Trumpist variant of the Republican policy towards Cuba, which is based on an illusion: the desired “regime change” through the application of extreme unilateral coercive measures. Events on the ground and the decisions and proposals of other actors have put it on the defensive.

The net result is that, over the next three years, sanctions against Cuba will most likely be maintained that will further impoverish the Cuban people and harass their government, which will have to convince itself, if it has not already been convinced, that only an effective economic policy that promotes the development of the productive forces will be able to get the country out of its current crisis.