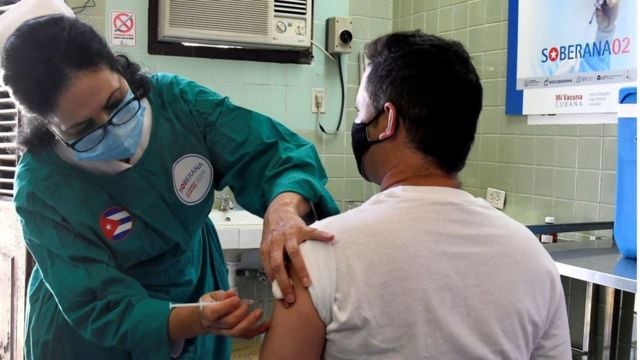 According to the Ministry of Public Health (MINSAP), 8,913,141 doses of Cuban COVID-19 vaccine candidates have been administered as of July 25.

Since May 2021, health workers, BioCubaFarma, students of Medical Sciences and other risk groups have participated in this task, as well as the population of territories selected by stages.

A total of 8,315,933 doses of the Abdala vaccine and the Soberana 02 candidate have been administered in this group.

On its official website, the MINSAP pointed out that as part of the research associated with both drugs, an intervention study was conducted aimed at subjects in risk groups who could provide relevant data.

In this study, applied in Havana, Santiago de Cuba, Granma and Guantánamo, 447,844 doses have been administered.

Since last March, clinical trials have been carried out with the Cuban Soberana 02, Abdala and Soberana Plus (for convalescents) vaccine candidates. Its participants are volunteers selected by the researchers.

In these, a total of 149,364 doses were administered, excluding from this number the placebos administered during the clinical trials.