The new president of the Cuban Federation, Juan Reynaldo Pérez, clarified that this opening will only be with baseball players who “love Cuban baseball.” 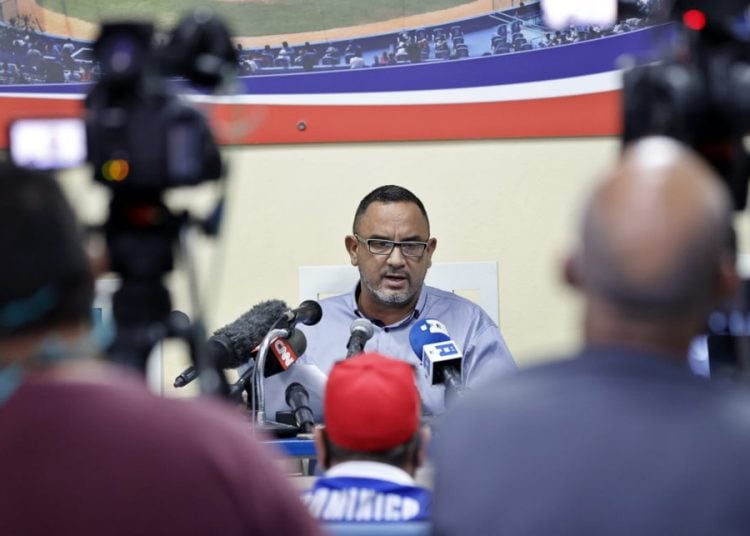 The  Cuban Baseball Federation (FCB) is open to incorporating island players from the U.S. Major Leagues into the national team for the next World Classic in 2023, according to statements by Juan Reynaldo Pérez, recently elected president of that entity.

Pérez, who also holds the position of national commissioner, spoke this Friday on the Mesa Redonda television program, where he reiterated the FCB’s willingness to resume dialogue with the MLB, interrupted in 2019 after the cancellation of the agreement between the two entities by the Donald Trump administration.

This agreement allowed the hiring of Cuban players in Major League organizations through legal and safe mechanisms, without the players having to give up their residence on the island or their link with the federation.

At a press conference on April 12, Pérez told the press that achieving a stable link with the Major Leagues would guarantee “the natural flow of Cuban players to and from that circuit,” according to a report by the EFE news agency.

The official clarified that the opening of the FCB will only be with baseball players who “love Cuban baseball.” This would include, he clarified, players in foreign leagues, even without the endorsement of the Federation.

He also commented that there are players in foreign leagues who have shown interest in reinserting themselves into the National Series and who want to play with the Cuban team, and “the 2023 World Baseball Classic offers a clear opportunity to do so.”

Juan Reynaldo Pérez also said that, if an invitation is received, Cuba is willing to return to the Caribbean Series, from which it has been absent since 2021 for not being a permanent member of the Caribbean Professional Baseball Confederation (CBPC). He also pointed out last Tuesday that Cuba is entitled to membership in the CBPC.

Baseball, declared Cultural Heritage of Cuba, is not going through its best moment in decades and that crisis has been reflected in an unprecedented exodus of players.

According to the official newspaper Trabajadores, a total of 635 baseball players have left the country in the last six years, a figure that includes departures with and without state permission.