Let’s talk about the Play Offs 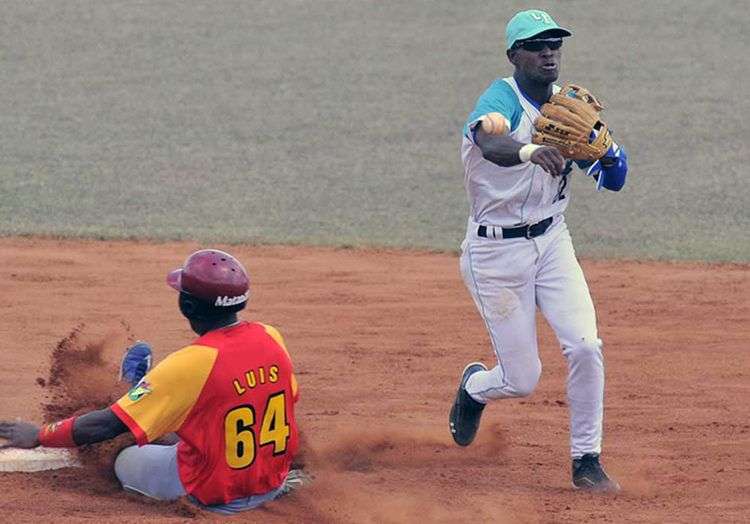 Few imagined that at this stage of the playoffs, the flag of the Pirates of the island would fly firm, the ship would bear the marshland of the Giron Stadium and then in own port, would shake the bags of their opponents until they were naked, against strings, a heist from checkmate.

After starting, of that first game when Matanzas trounced the islanders, the prediction that was imposed is more logical: the crocodiles in four or five games would send back home those of Gerona. Typical forecast of a postseason that flies and vanishes and is thrown down the drain. No delicacies. The series became a torment for the disciples of Victor Mesa, La Isla dropped the reins and began to struggle.

They took the following games out of the freezer. One, two, three, in order to defy the inexperience of their players in this type of high voltage contests to the tricks of the rival´s seasoned manager. Three electrifying games that were decided in the aftermath, two of them did not stop to get into extra innings. The Cristóbal Labra was a boiler; a place where silence has no place and there became sober. Everything is skin deep, an apotheosis.

The stand was infected with what the Pantoja boys were transmitting, of that energy they put into each play, each sprint, a band of youngsters tucked behind their homeland that has turned on his shoulders, without compassion or consideration, in total surrender. Rendered at the foot of their badge, their effigy, Michel Enriquez, a stronghold of war, his trademark and holy, that continues to demonstrate his weight is measured in carats.

Meanwhile, Victor Mesa, after being with the noose around his neck, has managed to breathe a sigh of relief to the wind. They had opened a marble slab in Nueva Gerona, but his boys have taken him out of the trouble. In the last game they responded with a colossal knocked out in seven chapters that has left them alive and makes tremble those who presumed them dead.

Now with 2-3 in favor of the Pirates, both teams will cross the Caribbean Sea in catamaran to settle the defining games at home of crocodiles. There remain two games and a square, this is not Russian roulette, just play baseball

Here things began identical. It was an initial game where Granma brought out its fierce bats to intimidate the Tigers. After that offensive boast, that raucous beginning, everything has turned a corner. It seems that they have changed their jackets and Ciego de Ávila is Granma with the bat at hand.

The Ciego de Avila team has started hitting and has not stopped; massacring the rickety Granma pitching staff in each match line up to go, get on and get out heads down the mound. But it’s pitching led by Carlos Marti will be the cornerstone of this play off, his weapon, offensive, called to cover some disadvantages between the teams has also been conspicuous by its absence.

The powerful bats of Despaigne, Samon, Guerra and Cedeño, have been silenced, have not been felt. To the extent that they were shutout in the last game. The cause: the excellent work from the mound of Ismel Jiménez, retaliating for his first outing in which he could not contain the heavy artillery of his rivals.

Offensively, if Granma walk in the doldrums, today Ciego is the opposite. Its bats are happy, glowing. The catcher Osvaldo Vázquez was the sparkplug from home plate; man has shot three full-back homers so far in the semifinal. The other mainstay is Ariel Borrero, who in three games already has 9 RBIs

Product of inclement weather, the play goes off delayed; hence still the horizon will be more diffuse. With the dual meet in its favor, Ciego will try putting close to matte actions while, Granma will hang on the right arm of Lazaro Blanco and attempt to activate the alarm to combat of its lineup.

Felix Perez: “I miss my family, my island and my baseball”

Inside the skin: “Cuba is seen, felt, needed as the air”

Inside the skin: "Cuba is seen, felt, needed as the air"

Behind the Wall: The Art