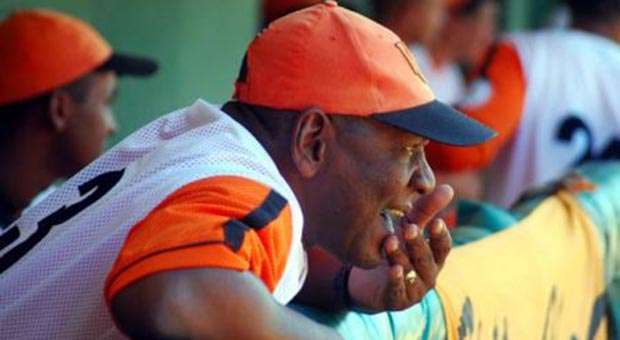 It really was not necessary, but some people did. Some advocated the idea that Villa Clara would have to go without reinforcements to the Caribbean Series, and now must lament the decision of the team’s coaches and the National Baseball Directorate, who have added six players from other provinces to the Cuban national champion team.

In an act of provincial patriotism, as Victor Mesa described it in front of cameras, many were betting on Ramon Moré, Villa Clara manager, will choose to fight for the Caribbean title only with players from the central province, perhaps overlooking the fact all rivals in the upcoming event of Margarita Island, Venezuela, are armed to the teeth, sometimes changing more than 80% of their roster to contend for the top prize.

But More, who doesn’t like to lose, knew it was not the best option. Therefore he included in his list of reinforcements the names of Norge Luis Ruiz, Ismel Jimenez, Vicyohandri Odelín , Alfredo Despaigne , José Miguel Fernández and Yulieski Gourriel , which will wear the orange shirt on the return of Cuban squads to the Caribbean Series after 50 years of absence.

“It was important to hear the criteria and assessments of the National Baseball Directorate and that they will meet our demands too, just like that we could have a great team that, with our players and the reinforcement, strives to obtain the best results in the return of Cuba to the Caribbean Series, “More said.

As expected, the director kept the core of Villa Clara that was crowned the previous year. Players, who had a tremendous weight in the postseason, stand out, like first baseman Ariel Borrero, second baseman Andy Sarduy and third baseman Yeniet Perez, the latter still recovering from an injury in his left hand.

Also important will be catcher Yulexis La Rosa and outfielders Yuniet Flores and Andy Zamora, who did not show their best credentials in the discussion of the crown against Matanzas, but now are in very good shape, after more than half of the current season, in which all averaged over 300, with more than 70 runs and 50 RBIs overall.

Moreover, More will recover the experienced catcher Ariel Pestano , who provide wisdom and advice based on his many hours of flight in international arena. It is worth noting that Pestano returns in good shape, as he has played in Mexico, Veracruz Winter League with Industriales de Coatzacoalcos (a subsidiary of the Piratas de Campeche).

With this squad, in 79 at-bats, Pestano had 21 hits, including two doubles and of a homer, for average of 269, with seven runs scored, ten RBIs, four walks and eight strikeouts. At the defense he just made an error in 23 games.

Also, Moré had on his roster five players who are not of Villa Clara, but played for that team as reinforcements in the past year. These are cases of Holguin shortstop Yordan Manduley , the outfielder Edilse Silva, second baseman Danel Castro, and pitcher Jonder Martinez .

So far only one of the rivals of Villa Clara in the Caribbean Series is known, in this case the Roberto Clemente League champion in Puerto Rico, which was defined in Sunday afternoon for the Indios de Mayagüez, which they ousted the Criollos de Caguas in six games.

The rest of the winter events in Venezuela, Dominican Republic and Mexico haven’t finished. In Quisqueya, the Tigres del Licey, where Cuban Yunieski Maya, Francisley Bueno, José Ariel Contreras and Leonys Martin are playing, came forward with three wins in a row, but on Sunday the Leones del Escogido materialized a resurgence of legend, to tie the duel with their third straight victory.

In Venezuela, the Navegantes de Magallanes are about to qualify with three wins over the Caribes de Anzoategui, who last night won one dramatically with five runs in the tenth inning to stay alive.

Also, in the two Venezuelan finalists there are Cuban players. Within Magallanes is Adonis Garcia, while in the Caribes Leslie Anderson and Hassan Pena play.

Finally, in the Mexican Pacific League, the Naranjeros de Hermosillo took the lead in front of the Mayos de Navojoa and now are one win away to clinch their berth to the Caribbean Series, taking the legacy of the Yaquis de Obregon, Mexican winners the prior year and current champions of the Caribbean contest.