The story of Freddy Asiel Alvarez, step by step 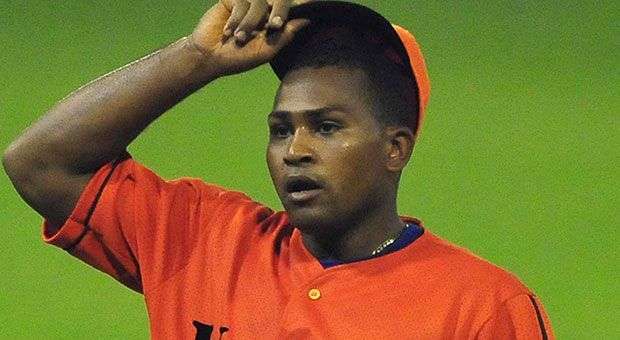 The sports authorities in Cuba recently confirmed that the pitcher Freddy Alvarez Asiel will not work more in the remainder of the 53 National Baseball Series, just as ruled in the penalty enacted last February, after the painful incidents of the game between Matanzas and Villa Clara in the Victoria de Girón stadium.

Really, it is no surprise that the measure got ratified, since the commission to review the case did not offer at any time, clues to the possible lifting, without forgetting that the process had been marked by multiple follies and blunders, which, of course, caused the discontent of the athlete and the fans.

At this point, it is appropriate to explain every detail, every episode of the story.

On February 18, a day after the brawl at the Victoria de Giron stadium, it was publicly announced sanctions to Matanzas Demis Valdés (one year suspension), pitcher Freddy Asiel Alvarez and umpire Osvaldo de Paula, both separated for the rest of this season.
On February 25, through a press release, without official status, the National Baseball informs its sanction to Freddy Asiel, who understands (the document allows him) that he has ten working days to appeal.

On March 10 Freddy Asiel presents its formal appeal and awaits for the INDER authorities and their respective disciplinary committee formed to address the extraordinary case, to answer the letter.

On March 14, Jorge Polo Vazquez, vice president of INDER, reports Granma newspaper that soon the will reply to the complaint of the Villa Clara pitcher.

On March 17, when everyone expected the verdict of the appeal, Freddy Asiel receives a Sanction resolution – understood as official notification of his measure, informing his final separation of the championship, in which one of the RESOLVE offers the possibility to appeal within ten working days. As strange detail, the document was dated March 3 in Havana, so we understand that since its preparation and signing, it took 14 days to reach the hands of the pitcher.

On March 17, with the paper in his hands, Freddy Asiel asks, again and again, what the hell is going on. Does his appeal of a week ago was forgotten? Was it a joke that, according to the document he could really appeal six days before the conclusion of the championship?

So much for the episodes , somewhat tangled by the coming and going of papers , which , ultimately , complicated a matter that never had to go to the extreme discontent of one party , in this case caused by the division in two ways, of a legal process.

INDER officials have expressed that in the interest of expediting the appeal of Freddy Asiel , they processed it without having officially reported , a flagrant violation of the legal process. To avoid it, they could reject the appeal document submitted by Freddy Asiel on March 10, or append to the resolution of official sanction (March 17) a clarification that his appeal was already running, in order to strengthen its goodwill and avoid misunderstandings.

Similarly, they could send the document in time, just as was drawn on March 3 , and not wait almost two weeks for shipping it, also the responsibility of the National Baseball Directorate, walking, for a change , drifting , due to the absence of Higinio Vélez, who recently underwent an eye surgery.

But INDER authorities flatly refuse to acknowledge their flaws in the process. For them it is enough to meet face to face with Freddy Asiel and say he’s a good athlete, who has starred in multiple sports feats for his province and the country, and that they are counting on him for next year’s international events.

Finally, a story of fear, because Freddy Asiel cannot throw more this season and has lived days of great tension by the ineptitude of a few bosses. A story of fear, because those same leaders did not have (and I doubt that they might have) sufficient vision to exemplarily punish the Matanzas Demis Valdés , in my opinion the main responsible for this story ( confused the baseball field with a coliseum) .

The best save for Aroldis Chapman

Cuban Music: A look at the market