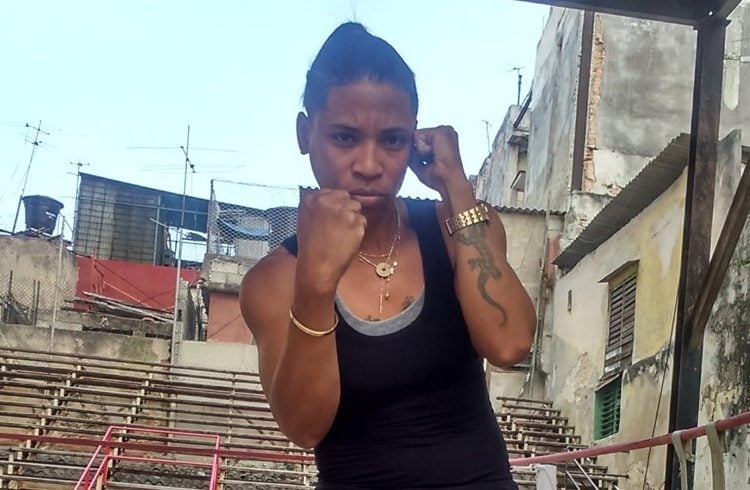 Namibia Flores returned to the United States some days ago after attending the screening of a documentary about her life, which glosses over a young woman’s frustration over being denied the opportunity to represent her country, Cuba, as women’s boxing remains without recognition by the island’s State sports institute (INDER).

According to some reports, Flores, who is already 39 years old, had left Cuba in March of this year to make her boxing debut in the United States, before age began to kick in.

She traveled to Austin, Texas, to attend a film festival where the 16-minute documentary Boxeadora (“Boxer”) – a film that documents her ups and downs in a male-dominated gym in Old Havana – won an award. The young US filmmaker, Megan Smaker, is a University of Stanford graduate and a boxing aficionado.

The young boxer, who was born in Cardenas, Matanzas, and settled in Havana’s neighborhood of Santos Suarez twenty years ago, tells OnCuba that, in addition to Texas, she traveled to Oakland and California to attend other screenings of the documentary, and that she did not consider competing in the United States at the time, despite restrictions in Cuba which prompted some people “to speak to me about the possibility of representing the United States at the Olympics if I stayed.”

“I’ve always wanted to realize my dreams here in Cuba and to be able to box at the Olympics or an international competition, but it looks as though I won’t be getting that chance,” the former Tae Kwon Do fighter says at a corner of the ring in Havana’s Rafael Trejo Arena, where she has been training for seven years – a place she refers to as her “spiritual home.”

Since February 15, 1976, the day she was christened “Namibia”, she’s been destined to become a fighter. “I started practicing Tae Kwon Do when I was fifteen and I was living in Manzanillo. I had an altercation with a neighbor, and a guy who had a crush on me said to me: “Come, I’m going to take you to a gym, so you can show them who they’re dealing with,” the athlete recalls as a smile spreads cross her young face, devoid of scars.

Over the past fifty years, Cuban authorities have encouraged women to become involved in all sporting disciplines, including Judo, weight-lifting, Tae Kwon Do, karate and wrestling, but they have kept women’s boxing from receiving recognition, considering it harmful and inappropriate (though they have not prohibited its practice).

The International Olympic Committee has already incorporated women’s boxing into the Olympic program, making its debut in London 2012, with three different categories. The International Boxing Association (IBA) has staged several worldwide championships and plans two divisions of exhibition bouts for the 2016 World Series of Boxing, to be made official in 2017.

“The years have passed, nothing’s happened with women’s boxing and I’m nearing the established age limit. If only I could go to the Olympics or the World Series! It would be like settling a debt with myself, after so many years of training.”

In 2009, Pedro Roque, then the head trainer for the Cuban boxing selection, unexpectedly joined those who oppose the sport, declaring: “I think the sport is going to develop,” but “Cuban women are meant to be beautiful, not get hit in the face.” In 2012, Roque left Cuba and settled in the United States, where he became the technical director of US Olympic teams, including women’s teams.

Cuban trainers of different combat sports have noted that in their respective disciplines the women are subject to blows as or more severe that in boxing.

During a recent gathering of sport historians, the seasoned professor Alcides Sagarra underscored the “urgent need” to recognize and establish the practice of women’s boxing in the country.

Cuban boxing is currently at a disadvantage in terms of securing medals for the national selection at multidisciplinary games, as three categories in women’s boxing are not officially recognized.

“We shouldn’t forget that, in addition to wearing head-gear, they have a mouth-guard and protection for their breasts. Many are slender, and there is less of a risk of injury during their matches because their punches are less powerful than men’s,” Nardo Mestre, Flores’ trainer, affirms.

Some experts claim some women wanting to put on the gloves have approached gyms in the country. Namibia, however, hasn’t seen them.

“I still haven’t met any of them, though I’ve heard rumors. I come across young women who know me and ask me to teach them how to box. Some want to do it as a hobby, others as a means of self-defense, to have a body like mine or to compete in the ring. I’ve brought them to the gym, but, in the end, they give up and tell me the times are tough and that they know they won’t approve women’s boxing anyways.”

In her seven years trading blows with the boys at Arena Trejo (“they’ve always treated me with a lot of respect and consideration,” she says), Namibia has also put herself to the test in training with women with more experience from Indonesia, Ecuador, Bolivia, Venezuela and Peru, women who have accompanied their male compatriots to train at the Giraldo Cordova Cardin High Performance Center, near Havana’s Panamericano stadium, to the east of the capital.

“They would always tell me that, had they recognized women’s boxing in Cuba, I could have been a champion,” she says.

Two years ago, a Norwegian woman who was passing through Havana and wanted to train paid a visit to Flores’ “general headquarters” in Old Havana, asking to step into the ring with the 52-kilogram pugilist. The Scandinavian had been at it for 10 years and was a professional champion in her weight category (60 kg), and, during the first three rounds, the visitor was given something of a scare. The match ended there, for the referees knew the Norwegian was trained to last 10 rounds.

“If they recognize women’s boxing when I can no longer compete because of my age, well, I will content myself with serving as an example for the young women who’ll come after me…and, if I can’t accompany them as a boxer, then I hope to do so as a trainer…or even as the glove-holder!”

Representatives from the Cuban Sports Federation insist that the issue of women’s boxing is “still under consideration.” Their statements are more moderate today and appear to be adjusting to the changes taking place on the island and around the world. Optimists believe the door to a debate between those who defend and those who oppose the discipline has at least been opened. The “Namibia effect” is already being felt. 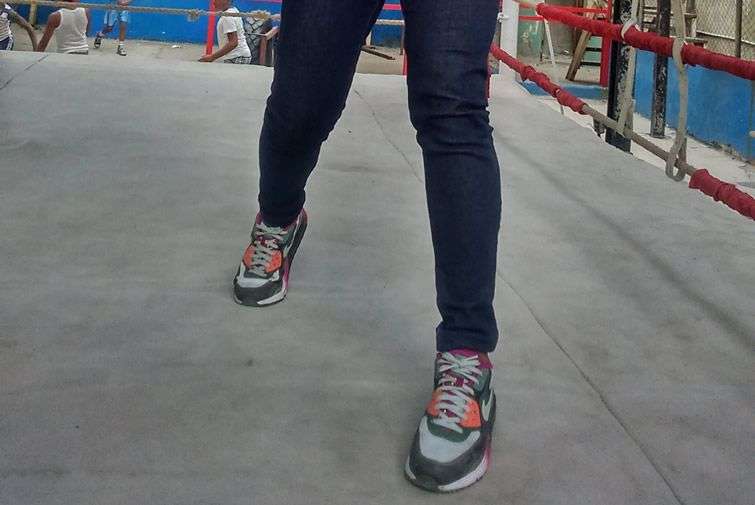 U.S.-Cuba Talks: Closer to Getting the Checklist Done