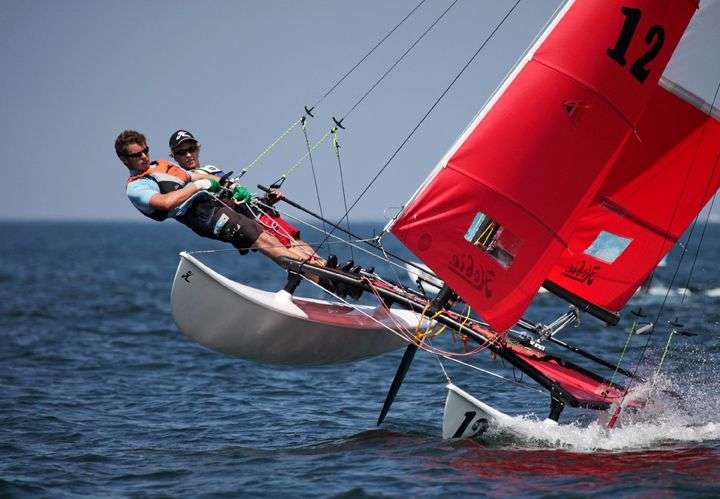 Wolbem, one of five Hobie Cat-16 catamarans that departed from Key West on Saturday, was the first to cross the finish line at the entry of the Havana Sailing Club, a marina with capacity for 400 yachts.

The winning boat, steered by George Bellenger – who had taken part in the first Havana Challenge race in 2000—, John McCandless and Wil Kinsey, covered the Florida-Havana route in 10 hours.

Although it was originally announced that five boats would sail to Cuba, only three made it. One broke down and wasn’t able to set sail, and another one sank 42 miles away from Havana.

One of the crew members of the sunken boat told OnCuba that the big waves and the strong winds destroyed his vessel in the open sea. Then he had to swim to reach one of the other boats taking part in the race.

For the first time in 50 years, the U.S. government has granted permission for Americans to participate in the Havana Challenge.

The Key West Mayor, Craig Cates, who came joining the competitors, said that his goal is to help consolidate ties with Cuba, as is the wish of the community in South Florida.

Craig, a former boat and car race champion, presided over the welcome ceremony in Cuba, together with the president of the Hemingway International Nautical Club, Commodore Jose Miguel Diaz Escrich.

The American competitors will race the Cubans on Tuesday, will take part in a boat parade on Wednesday, and will return to the United States on Thursday.