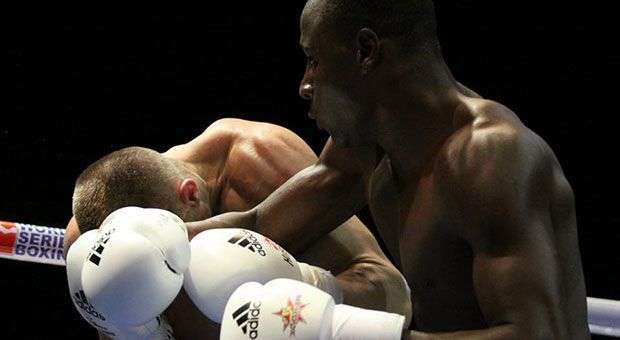 The possibility was just glimpsed and expectations enormously grew up. The quarter-finals of the World Series of Boxing may face in one of its matches the Cuba Domadores against USA Knockouts. This would mean the return of a Cuban Olympic squad to U.S. soil after several years without competing in the rings of that nation. There’s more: the board of the American Airlines Arena, home of the NBA team Miami Heat, already began talks to be the venue, if the match takes place.

Cuba was absent in the universal tournament hosted by Chicago in 2007. The last visit of a senior national team dates back to 1999 in the world championship in Houston; marked by several controversial decisions of the referees in the final fights, which led to the withdrawal of the Cuban team, coached at the time by Professor Alcides Sagarra. Previously, Cuban squads had won the boxing events of Atlanta 1996 Olympics, Indianapolis 1987 Pan American Games, and the world championship held in Reno a year before.

The story also includes the Cuba-United States Bilateral Matches , which occurred in the 70s and 80s of last century in several cities in both countries, which are revealed now as the most direct referent regarding the possible match scheduled for late March and early April.

In dialogue with journalist Jorge Ebro, the USA Knockouts´ head coach, Pedro Roque, said: “Facing Cuba would be something important to attract attention and fill with pride to all Cubans and Latinos, wherever they are” . Roque was for many years the architect of the triumphs of Cuban boxers of youth category. Also in 2008 he led the senior squad than obtained four titles and the same number of bronze medals in Beijing Olympics, performance that earned him the status of best coach in the world that year, award granted by AIBA.

“Definitely, there will be mixed feelings, because all those boxers who are now part of the national team (Cuban) passed through my hands, they are almost my children ” Pedro Roque said and then added,” … but I have a responsibility to give back to U.S. boxing its splendor of the past and my work is focused toward that goal”.

During the conversation he also noted that, if the match is materialized, he would call to ranks to some Cuban fighters who are currently developing their professional careers in America; he mentioned Guillermo Rigondeaux, Yudel Johnson and Odlanier Solís among others.

In just few weeks it will possible to determine whether this historic event will be viable in the sporting order. The Cuba Domadores appears on top of group B of the 4th World Series and this should not change. There are just three matches remaining, and the Caribbean athletes will have two of them at home, in the Sports City Coliseum. Meanwhile, the USA Knockouts now ranks third in poole A after beating last Friday the Algerian Desert Hawks. For the match to happen, Americans must end fourth, real possibility if considering that the franchise that now occupies that position, Team Germany, accumulates two presentations less.

“There is no more nights, it is only one”

"There is no more nights, it is only one"

Larkin and Griffey Jr.: the visit of the idols (Photos & Video)