The lives of public figures are exposed to the curiosity, sometimes morbid, of others. And Capablanca’s was no exception 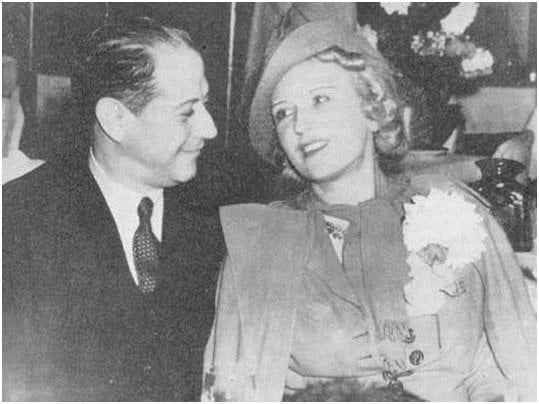 Capablanca and his wife Olga Chagodaef. Photo taken from the blog Zenda.

This more than fateful 2021 brings, instead, some reasons for rejoicing for lovers of the so-called science game: chess. In effect, we are commemorating 100 years of two events of enormous importance: the coronation of José Raúl Capablanca y Graupera (1888-1942) as the third World Chess Champion, preceded by Wilhem Steinitz (Austria) and Edmanuel Lasker (Germany), and the publication by Capablanca of the book Chess Fundamentals, still considered today one of the capital texts of the theory and practice of this sport.

In 1921 “el Capa” reached what is an unbeatable record to this day: being the only Iberian-American chess player to storm the summit, a condition that he achieved undefeated in Havana, against Lasker. The Cuban held the scepter until 1927, when he was defeated in Argentina by Alexader Alekhine.

The Buenos Aires championship was arduous, the longest in history until 1985 (Karpov-Kasparov), where the best preparation of the Russian nationalized French player was evidenced, who first reached the six agreed victories.

As for Chess Fundamentals, it is a mandatory bibliography. Its essential points have not even been contested by the development that game theory has undergone in recent decades. So much so that the Russian Mikhail Bovinnik, four times world champion (1948, 1951, 1954 and 1961) called it “the best chess book of all time.”

Also in 1921 our champion got married for the first time. He met Gloria Simoni, his first wife, that same year at the Casino de la Playa, a recreational facility in Havana where the chess match for the world championship was held. It seems that it was love at first sight for the couple, because “the most coveted bachelor in the country,” according to a chronicler of the time, and the niece of Amalia Simoni, wife of Ignacio Agramonte, got married on December 29. The wedding took place at the headquarters of the Apostolic Nunciature of Cuba. From that union, which lasted 17 years, José Raúl Capablanca Simoni and Gloria Capablanca Simoni were born.

A faded photo and the mystery

The lives of public figures are exposed to the curiosity, sometimes morbid, of others. And Capablanca’s was no exception. That of the chess genius was accompanied by the poise of the man of “good looks,” and by the legend of being a true Don Juan.

His love “career” may, in quantitative terms, may have been less intense than that of any neighbor’s son today, but in the imagery of his time the figure of our champion was set in bronze letters in the book of great lovers.

Let’s take a quick tour of his sentimental biography, made up of testimonies from those who were lucky enough to have known him and by the almost always sloppy prose of the gossip columnists.

It is 1912. Capablanca is 24 years old and embarks on his first national tour. He had left Cuba in 1904, returned briefly in the summer of 1909, and left again for the United States and Europe.

On this occasion he was seen accompanied by an unidentified brunette lady, apparently his first “close” contact with a Cuban. It is known that they stayed together in a hotel in San Miguel de los Baños. Only a faded photo and the mystery of the occasion remained.

That same year, when Capablanca was leaving New York for Havana to begin his tour of the interior of Cuba, the Brooklyn newspaper Daily Eagle inserted in its pages a fake news that stated that the Cuban had married a lady whose Identity was not specified, in the town of Summit, NJ. This woman came to see him off at the dock from where the steamer Avangarez would set sail. We only know about her from the notable Russian composer Sergei Prokofiev—friend of “el Capa” and very interested in chess—that she was a beautiful woman, with good manners, with very fine skin, and that the champion had ceased being interested in her.

We’re off to Saint Petersburg, 1914. A strong international chess tournament is played there. Cuban Capablanca finished second, half a point behind Emanuel Lasker, then world champion. In his memoirs, Prokofiev refers to a conversation he had with Sosnitsky, vice president of the host club, in which he states that the performance of the Cuban in the tournament was conditioned by the intense affair he had with Madam Strakhovich, with whom he had spent sleepless nights. It is also said that the excellent dancer Mathilde Marie Feliksova Kashessinkaya, who had youthful love affairs with he who would later become Tsar Nicholas II, also received the attention of the son of José María Capablanca Fernández and Matilde María Graupera Marín.

Chess Fever, from 1925, is a silent short comedy directed by Russian Vsevolod Pudovkin, which has, as an added interest, the participation of Capablanca as an actor. The film uses documentary images of the tournament that was being played at that time in the Metropol Hotel in Moscow. We won’t go into the plot; suffice it to say that the character played by the Cuban expresses that, given the choice, women come before the game of thirty-two chess pieces.

Another biographer of the so-called “Mozart of chess” was the Russian Vassili Panov, who attests that during the Moscow tournament Capablanca was besieged by a multitude of admirers, including women. They gave him flowers, chocolates, and the push from the fans was so great that the city’s mounted police had to intervene more than once to provide protection.

We now arrive in Buenos Aires. It is the year 1927 and Capablanca gives the scepter to Alexader Alekhine. Two women are associated with this painful moment: actresses Gloria Guzmán, from Spain, and the Argentine Consuelo Velázquez.1

As Guzmán revealed to the newspaper Crítica, Capablanca “had replaced Rudolph Valentino in her heart.”

Apparently the most strident affair was with Velázquez, who used to pick up the star in her bright red Rambler convertible.2

The match for the crown was held in September 1927. That year “el Capa” had performed splendidly, and the stakes were unanimously in his favor. The king was confident. He would act, true to his custom, improvising solutions on the board. He surely thought that his uninhibited and spontaneous game would put an end to his opponent’s pretensions. There were those who predicted that Alekine would not win a single game, while others declared that the Russian didn’t have the slightest chance against the Habanero. The painful result is known, and there have been many who attribute the Cuban master’s poor performance to his excessive weakness for women’s beauty.

Reception of the Consulate of the Republic of Cuba in New York, year 1934. Amid the cigarette smoke, the clink of ice in the glasses and the fragments of simultaneous conversations, Capablanca notices the presence of a woman of great bearing: the noble Russian Olga Chagodaef. It is said that this lady treasured some of the characteristics that most attracted the master’s attention: beauty, refinement, culture and grace to move in the halls of high society.

From a corner of the room, taciturn and away from the crowds of admirers who demand his presence, Capablanca observes the Russian with intensity.

As she herself recounted in her memoirs, a very handsome man—of whom she had no references— approached her on that occasion and without preamble said: “one day we will be married.”

And yes, they were married in 1938, several weeks after the champion achieved the dissolution of his marriage with Gloria Simoni.

It is unanimously believed that Olga Chagodaef was a beneficial influence on the further development of Capablanca’s career. Despite not being able to regain his crown in chess, his performance against the strongest players of his time was memorable.

In the Nottingham tournament, in 1936, Capablanca and Alekhine returned, board in between, to face each other, which had not happened since the latter dethroned him in Buenos Aires. Coming from below, with a rather compromised position, “el Capa” took him to marshy terrain, and there he served himself, with a soup spoon, “the honey of revenge.”

Everything seems to indicate that Chagodaef kept our genius on a tight rein. She was the exclusive lady for the last four years of his life.

For the elaboration of this chronicle I had the invaluable collaboration of Miguel Ángel Sánchez, author of Capablanca, leyenda y realidad.

1 Not to be confused with the Mexican songwriter and singer of the same name.