During 2019, the Cuban customs authorities seized 21 kilos of drugs, a considerable decrease compared to the more than 60 kilos intercepted the previous year at air terminals. 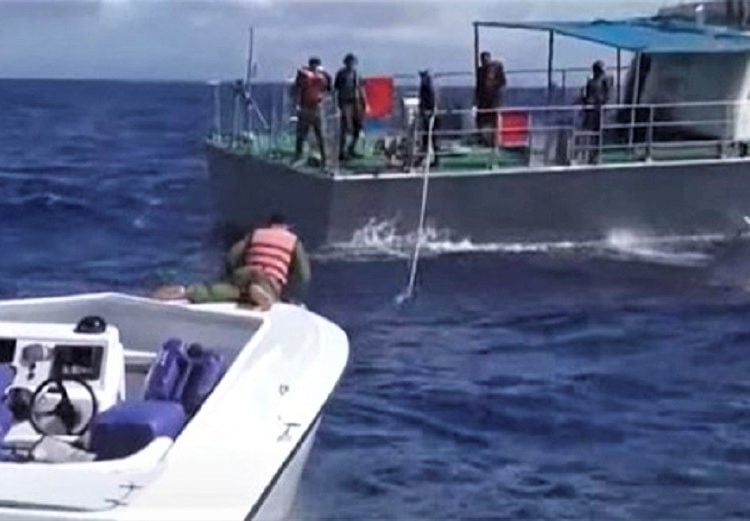 Cuban border guard troops captured a speedboat with three Bahamian crew members in waters off the eastern tip of the country, carrying around a ton of marijuana, the state media reported this Sunday.

The international drug trafficking operation intended to pass the drug shipment through the narrow Windward Passage—between the islands of Cuba and its neighbor Hispaniola—and continue to the Bahamas, bound for the United States market, says the note published in the Cubadebate website.

It also points out that this is the second speedboat with drugs captured in that area of ​​the country in recent months and the fourth major marijuana trafficking operation frustrated in the Windward Passage by Cuban authorities since May to date.

During 2019, the Cuban customs authorities seized 21 kilos of drugs, a considerable decrease compared to the more than 60 kilos intercepted the previous year at air terminals.

Predominating among the confiscated drugs were both liquid and solid cocaine, followed by marijuana, while the cases of detection of synthetic drugs such as cannabis oil increased.

Cuba maintains that its anti-drug policy is one of “zero tolerance” for those who try to use its air and maritime space for the illegal drug trade. Drug trafficking is punishable by high sentences and even life imprisonment and possession is also penalized, while consumers only receive fines and warnings as they are minimum doses for personal use.