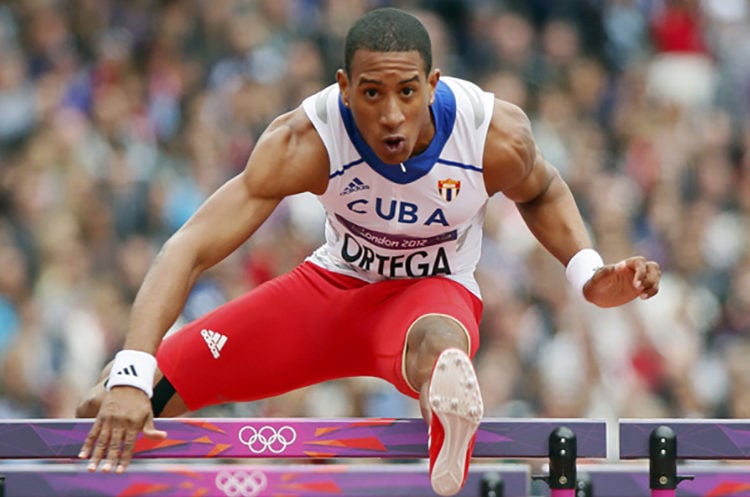 The Cuban Orlando Ortega got the attention of athletics specialists by winning the 60 meters hurdles in the Pedro’s Cup, held in Poland.

Ortega, sixth in London Olympic Games, showed an enviable power to come from behind and stopping the clocks at seven seconds and 45 hundredths, which became the season best.

On the start, vital element in this type of races, the Pan American bronze in Guadalajara in 2011 said that now is not worried much: “I have to improve the first part and the initial hurdle, but that I will get through the events. I feel great and the important thing is to keep winning. Otherwise, super good, I hope to continue improving in the coming events. I wish run faster than 7. 40, as it would be very interesting. I feel happy and calm, “said the native from Cuban Artemisa province.

His debut in the winter season was in Berlin on Valentine’s Day, where he stopped the clocks at 7.51, the second best time this year indoors.

The meeting, by the way, the most important indoors on Polish soil, was also attended by another Cuban, Dayron Robles (7.64), Olympic champion in Athens, Greece, who finished in third place, behind record holder of the world, American Aries Merritt, with 7.54, his best time in the distance since winning the Olympic title in 2012.

Robles, for now, is sixth in the world with his 7.53, achieved in the same event in the German capital. This time, with his head completely shaved, he seemed powerless in the intermediate part of the race and slow over the hurdles.

The aim of Orlando Ortega is to break for the first time the barrier of 13 seconds and being in the podium of the XV World Athletics Championships, to be held in Beijing, China, between August 22 and 30.

Ortega, just 24 years old, achieved in 2014 a fantastic season, in which stood up the silver medal in the athletic lid of Monaco, in the tenth stop of the Diamond League. His mark of 13.01 seconds -the best of his career – placed him fourth in the world ranking of the 110 meter hurdles and showed why he was considered the heir of Robles at the national level.

Ortega defected from the Cuban delegation at the World Cup in Moscow, Russia, in 2013. In the world event he was eliminated in the first round to finish third last in his heat with a time of 13.69 -his personal brand was 13.08-, after being away from the tracks several months due to a penalty.

Apparently, the reason was that he and his current trainer Kelvis Antunez, son of renowned trainer Santiago Antunez, did not follow the competitive path and rejected his participation in the World Challenge in Moscow on June 11th that year, meeting where he was scheduled to participate.