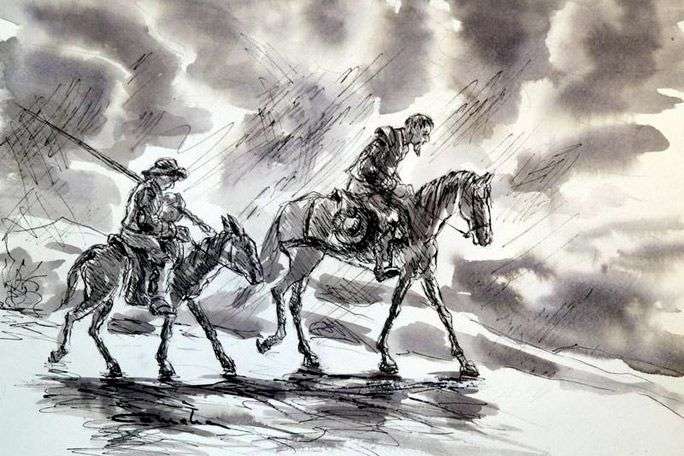 They say that sequels are never good, but certainly Miguel de Cervantes was the exception to that proved the rule: the second volume of Don Quixote, written 10 years after the first, did not respond only to the popularity of the walking knight, but the indisputable fact that the Manco de Lepanto still had much to say…

At least the Spanish researcher José María Reyes Cano believes that, who gave a lecture at the University of Havana on the occasion of 400th anniversary of the publication of Don Quixote, in the context besides of the the 24 International Book Fair Havana-2015.

“Cervantes could not stay with the first volume alone,” said the professor of the University of Barcelona and Real Academia de Sevilla, before a penetrating question. Such was the success of the first volume, published in 1605, the author appealed to popularity as a stimulus for their characters.

But though the work had been a fiasco, and not the phenomenon that it was, Reyes Cano estimates that Cervantes still would have written a sequel, believing that the author had still much to say. In fact, even his novel La Galatea would have had a second part if death had not prevented it.

In undertaking his quixotic journey, Cervantes had already walked almost all literary genres in late sixteenth century and the adventures of Alonso Quijano embarked on a highly complex project with “crazy things” like turning a character into another, or putting the novel within the novel.

According to Reyes Cano, Cervantes did not need to burn the books of chivalry to finish them and did it in a very ingenious way: through the lucid madness of his character, as centuries later did in Cuba, for example, Eduardo Abela with his Bobo, or recently deceased René de la Nuez with his Loquito.

For many, this work gave the coup de grace to the chivalric literature of the time, but what amazes Reyes Cano is its form, a novel narrative structure that allowed him to exhaust the formula used previously by many authors. Indeed, the Spanish researcher sees him even glimpses of feminism in this novel where women have character and stand their ground, face to face.

Also, if from the beginning Cervantes decided to build an exemplary novel, in its second installment he created a complex and comprehensive universe of philosophical, social and many types references that give rise to multiple and sometimes contradictory interpretations. He told a story without alienating his time, on the contrary, portraying with such mastery that ended up being, undoubtedly the masterpiece of Spanish literature.